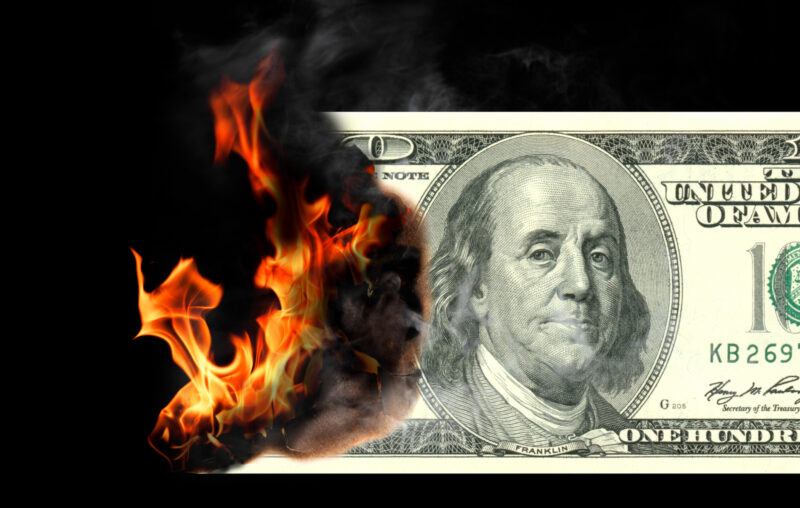 “Milton Friedman isn’t running the show anymore,” President Biden memorably scoffed on the campaign trail in April 2020. More’s the pity. With inflation raging, financial markets in turmoil, and production slowing down, we could use a healthy dose of Friedman’s wisdom.

Monetary policy especially needs a reset. The way we think about the Federal Reserve’s mission is all wrong. We can start to put things right by reacquainting ourselves with the 20th century’s greatest diagnostician of monetary maladies.

Central bankers often try for all four. Here’s the problem: the first three are best left alone. In fact, ideal monetary policy wouldn’t affect them at all. It’s only the last one, total spending, that’s properly the concern of monetary policy. A crucial distinction from Friedman’s work shows us why.

Friedman subdivided economics into price theory and monetary theory. Price theory, or microeconomics, explains how markets determine “the price of one item relative to another.” Monetary theory, or macroeconomics, focuses on how “cyclical and other fluctuations” determine the dollar’s purchasing power, general unemployment, and output. This distinction hinges on the definition of money: as the economy’s medium of exchange, money is common to all markets. Hence things that affect the economy as a whole, such as inflation, are essentially monetary.

Ever since the 2008 financial crisis, central bankers have tried unconventional monetary stimulus. They explicitly lauded policy novelties like “quantitative easing” and “Operation Twist” for their effects on asset prices and interest rates. But if you take Friedman’s distinction seriously, this is a grave error. Interest rates, asset prices, and exchange rates are all relative prices which indicate supply and demand for important resources. These prices transmit crucial information about resource scarcity, and give market participants the incentives to use those resources wisely. Unless you think policymakers are smarter than the market—and we have learned a thing or two about that fatal conceit over the course of the last century—you want to stay well away from interfering with the pricing process.

In contrast, aggregate demand (total spending) isn’t a price. It’s simply the volume of economic activity valued in current dollars. Here’s where policymakers should focus their attention here. By increasing or decreasing the monetary base, central bankers can affect overall economic activity while minimizing the effects on relative prices. This is a good thing. Relative prices determine efficient resource use. Mess with prices and you inject noise into the signal businesses and households use to coordinate their plans. Instead, the Fed can keep the economy operating close to its potential by stabilizing total spending. This is also the most reliable way for the Fed to achieve its goals of full employment and price stability. While real-world monetary policy will always have some relative-price effects, we can make these as small as possible by keeping overall spending steady.

Taking Friedman seriously means completely changing how we view central bankers. We shouldn’t treat them as financial engineers. We shouldn’t venerate them as world-saviors for tinkering with market outcomes. Their job isn’t determining the proper terms of exchange. Instead, their job is creating a stable foundation for markets to discover those terms, in the form of reliable prices. If central bankers appreciated Friedman’s distinction between price theory and monetary theory, they’d be much more likely to stay in their lane.

Focusing on total spending isn’t a partisan proposal. It’s neither right wing nor left wing. The dismissal of Friedman’s work by progressives, reflected in President Biden’s quip, stems from a failure to recognize the valuable knowledge he left us about how economies operate. We’d better relearn this fast. Monetary policy should be about money—not specific markets, but their common denominator. The sooner we enlist Friedman to help “run the show,” the faster we can clean up our economic messes.

This article, We Still Need Milton Friedman, was originally published by the American Institute for Economic Research and appears here with permission. Please support their efforts.