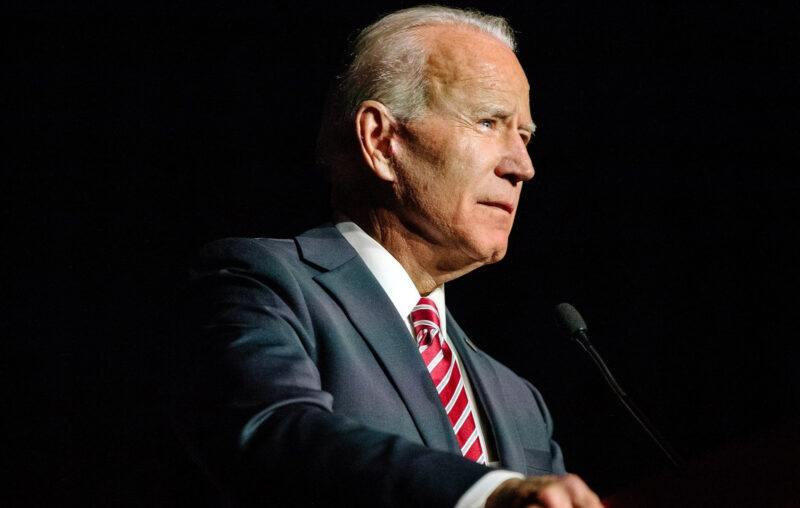 For the first time since the smothering lockdowns took effect in the early months of 2020, America has experienced two consecutive quarters of negative economic growth, satisfying the technical definition of an economic recession.

For many economists, what’s even more worrisome is the potential for a sustained slowdown in economic growth, also known as secular stagnation. In the debate over recent policy proposals, there has been little discussion about the potential for exacerbating an already stagnant period of economic performance.

President Biden has now passed four major spending bills, totaling almost $5 trillion in federal spending. The Congressional Budget Office (CBO) projects that debt as a percentage of GDP will reach 110 percent by 2032, its highest point in American history. In July, inflation reached an 8.5 percent annualized rate, the highest we’ve seen in over 40 years. Even the booming labor market is beginning to show signs of attrition as the rate of job openings has begun to fall.

With this much federal spending and so little regard for its adverse consequences, something’s got to give, and that something is likely going to be the economy. If Biden’s policies continue apace, we could be marching toward a period of stagflation, defined by low economic growth and high inflation.

Whereas some have predicted an end to the era known as the Great Stagnation, I argue that Biden has stood by while inflation has done its damage to the engines that drive American growth.

As inflation climbs, real earnings for American workers plummet. According to the Bureau of Labor Statistics, from July 2021 to July 2022, real hourly earnings have decreased by 3.5 percent. Nowhere are these costs more felt than among low-income Americans who already face tight budget constraints. Inflation really does eat away at workers’ paychecks.

Inflation is no longer a specter of overzealous policy either, bus has now become a badge of pride for Democrats who believe that there is no end to our Age of Opulence. The floodgates that previously kept even the most spendthrift politicians from going berserk have lifted. Inflation is now a game of who can score the highest points by packing every bill with as many spending provisions as possible.

Biden’s Inflation Reduction Act, passed this month, is poised to suspend economic growth by raising taxes on the most productive Americans. One model by the Tax Foundation finds that the minimum tax provision on book income will reduce GDP by 0.1 percent and cut 20,000 jobs, which according to the authors, is “the most economically damaging provision in the bill.” The total tax burden is likely to translate to a 0.2 percent reduction in GDP, on top of a bill that will likely make no progress in seriously fighting inflation.

Finally, Biden has intensified the labor market shortage by disincentivizing work and pumping the wells of consumer demand. “If the employment-to-population ratio were the same as in February 2020, prior to the pandemic, 3.3 million people would be working today. Moreover, economists estimate that a decline in the desired hours of work has roughly doubled the magnitude of the labor force decline,” writes Rachel Greszler of the Heritage Foundation.

A significant drop in workers between the ages of 20 to 24 has made it harder for employers to hire much-needed labor. Biden’s plan to cancel up to $20,000 in student debt, along with the postponement of loan repayments, is a recipe that will boost tuition payments to record highs and keep younger people out of the labor market. The plan is also likely to cost roughly $500 billion over the next ten years, according to Penn Wharton’s budget model.

The current administration also seeks to make unionization easier. For example, the Protecting the Right to Organize Act, which has already passed the House, would increase costs to employers hiring independent contractors. Policies such as these reduce the demand for workers and worsen the labor shortage.

Another pillar of Biden’s agenda that has not yet been fully realized is his plan for his long-touted federal minimum wage increase. A federally mandated minimum wage would not only lower employment rates, especially for low-skilled workers, but also reduce productivity by making workers who rely on lower skilled workers less effective. Let’s consider ourselves fortunate that Biden’s administration has only passed a $15 minimum wage for federal workers, sparing the low-skilled workers who don’t work in government from being priced out of the labor market.

Between 1950 and 2000, real GDP growth per capita averaged about 2.25 percent. But since the turn of the twenty-first century, real GDP growth per capita has fallen to 1 percent per year. There are many theories that explore why this slowdown in growth occurred. Dietrich Vollrath posits that population decline, economy-wide shifts in industry, and slower reallocation across firms and workers contribute to many of the trends we’ve observed over the past twenty years.

Stagnation is commonly viewed as a phenomenon independent of the policy realm, and to some degree this makes sense. After all, if one of the reasons for sleepy growth rates is a larger service-producing economy, it would make little sense to subsidize manufacturing if we’ve passed the era in which we are most productive in producing goods.

Economic uncertainty, as a result of rising debt, inflation, and labor-crushing regulations, is only going to sink us deeper into the secular stagnation mudpit, or at the very least, prevent us from ever getting out of it.

The uncertainty that follows from Biden’s reckless and heavy-handed agenda is perhaps the greatest factor holding back the American economy. With no solid ground on which to stand, producers and consumers face a future defined by low economic performance and persistently high inflation expectations.

If Biden truly wants to cement his legacy and restore American dominance, he will have to get out of the way and let individual drive and creativity flourish without the burden of high-handed officials obstructing the path to a more prosperous future.

This article, Welcome to Joe Biden’s Low Growth Economy, was originally published by the American Institute for Economic Research and appears here with permission. Please support their efforts.