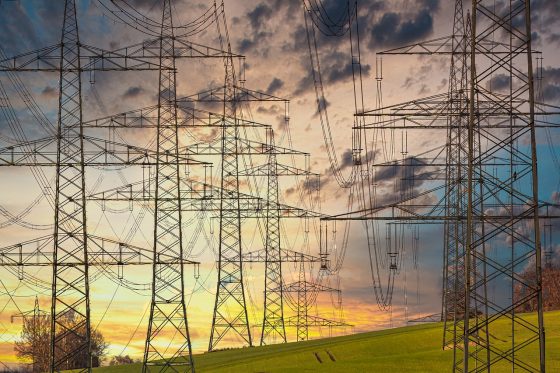 Just as the western world was accelerating the transition away from traditional forms of energy, the COVID pandemic caused the most epic supply chain crisis in history, and now the largest land war in Europe since World War II has thrown global energy markets into a state of complete and utter chaos.  And if you think that things are bad now, just wait until a huge war erupts in the Middle East.  Energy prices are ridiculously high now, but they will eventually go much higher than this.  Needless to say, skyrocketing energy prices will have a catastrophic impact on worldwide economic conditions during the troubled months and years ahead of us.

Do you remember when Joe Biden promised that he would do all that he possibly could to drive down the price of gasoline?

Yeah, that isn’t exactly working out too well…

Retail gasoline prices in the United States rose on Tuesday and hit another all-time record, surpassing one set in March, as global refineries grappled with a bottleneck that has sent prices soaring ahead of driving season.

The average cost of a retail gallon of gasoline hit $4.374 early Tuesday, according to the American Automobile Association, surpassing the former record of $4.331.

Ultimately, it really is a matter of supply and demand.

We need more drilling, we need more refineries, and we need less regulation on traditional forms of energy all over the western world.

But with the leaders that are currently in place, you shouldn’t expect any significant changes any time soon.

So the price of gasoline will continue to rise.

Tom Kloza, head of global energy research at OPIS, said that in years past a barrel of diesel typically sold for $10 above the price of crude oil. Today, that differential – known as the crack spread – has surged to a record high above $70.

“It’s become untethered, unmoored, a little bit unhinged. These are prices we’re not used to seeing,” he said, adding that there are large price differences across the U.S.

That is really bad news, because our economy runs on diesel fuel.

As I pointed out yesterday, our trains and our trucks are powered by diesel, and so rapidly rising diesel prices are going to have a huge economic impact.

In addition, most farm equipment uses diesel as well, and this is yet another factor that is putting an enormous amount of financial stress on America’s farmers.

“My family is preparing now and stocking up our freezers and pantry because we are really concerned how bad it can get this next year.”

He estimates that fertilizer prices near him have increased 200 or even 300 percent, “dependent on what program you are running.”

The rise in diesel prices has hurt him the most. “Farm equipment runs on diesel,” he pointed out.

Needless to say, you should be stock up too, because things are going to look completely different a year from now than they do today.

Of course things are already getting quite crazy.  Earlier this week, the Wall Street Journal warned that widespread electricity shortages in the U.S. could be coming as early as this summer…

From California to Texas to Indiana, electric-grid operators are warning that power-generating capacity is struggling to keep up with demand, a gap that could lead to rolling blackouts during heat waves or other peak periods as soon as this year.

California’s grid operator said Friday that it anticipates a shortfall in supplies this summer, especially if extreme heat, wildfires or delays in bringing new power sources online exacerbate the constraints.

I am stunned that things have gotten this bad already.

Ukraine’s state-owned gas grid operator GTSOU said May 10 it had declared force majeure on the transit of Russian gas entering the Ukrainian system at Sokhranivka and would not accept gas at the entry point from May 11.

The force majeure declaration, the first of its kind since the Russian invasion of Ukraine on Feb. 24, sent European gas prices sharply higher.

As energy prices rise, so will prices for everything else.

Because it takes energy to produce and transport virtually everything that we buy and sell.

So the inflation spiral that we are currently enjoying is likely to intensify even more in the months ahead.

At this point, economic conditions are already shifting so rapidly that some restaurants have decided to put stickers on their menus so that they can be easily changed…

It’s not the prices on the menu so much that’ll shock you. They’re actually still very cheap (and the tacos really good). It’s the fact that the prices were scrawled in pen on stickers slapped on the menu. Those stickers are a tell-tale sign that prices are going up at such a rapid-fire clip that the staff is struggling to print new menus fast enough. Rewriting prices on old menus is easier and cheaper, too.

A quick scan of the restaurant’s Facebook posts lays out the increases. The special, offered every Wednesday and Friday, had been $1 per taco for years. That changed in February of last year, when it was raised to $1.25. A month later, it went to $1.50. This January, it shot up to $1.75. And now it’s $2.00.

This is the sort of thing that happens in Venezuela.

And now it is happening in the United States of America.

BIDEN: “The number one threat is the strength, and that strength that we’ve built is inflation.” pic.twitter.com/BfaJB8U6dC

In a desperate attempt to get inflation under control, the Federal Reserve has recklessly raised interest rates.

This is going to absolutely crush the housing bubble, and financial markets appear to be poised to repeat history.

They say that every 90 years humans repeat the same behavior.

The answer to that question is obvious.

Now we stand on the precipice of another major financial disaster, but this time around there will not be a “return to normal”.

The entire western world has been on a suicidal path for decades, and now a day of reckoning has finally arrived.

And since the U.S. and Europe are the two core pillars of the global economy, the whole world will feel the pain of the coming collapse.

So I would encourage you to buckle your seatbelts, because the road ahead is going to be exceedingly bumpy.