What Are Philosophers of Education Even Talking About? 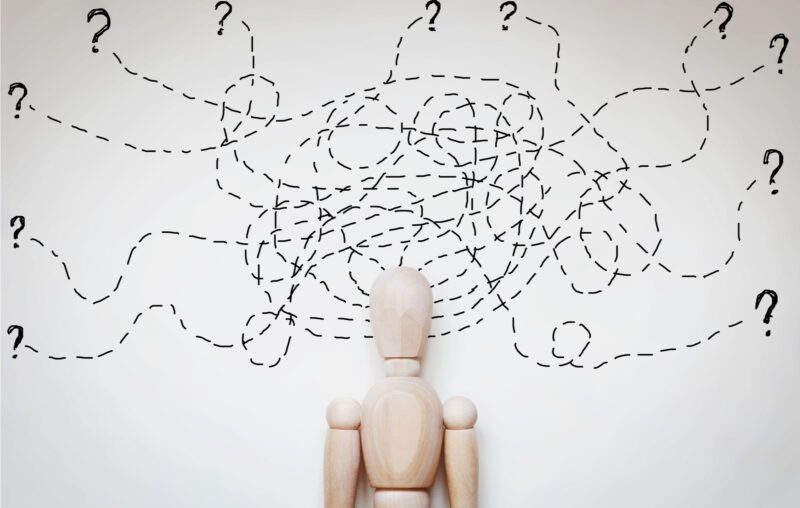 The philosophy of education has a long and rich history: Aristotle and Socrates (via Plato) differed on the role of direct instruction in learning; Locke and Rousseau differed on whether a student’s mind was a vessel to be filled or perfectly designed at birth; and later thinkers like John Dewey devised a model where students were in charge of what they learned and when they learned it. I myself favor Locke and Aristotle, deviate from Dewey, and detest Rousseau, but there’s little doubt that these debates and ideas had something to contribute to everyday education policy and practice.

Now, however, philosophers of education might as well be speaking in tongues. What were once vital normative discussions that had virtue, learning, and the future in mind have devolved into ramblings about subjects like “the ontological analysis of becoming” that the average parent or educator could never understand. It’s easy to blame wokeness for this phenomenon, and while wokeness’ role in this development cannot be denied, to lay the blame squarely at its feet would be an oversimplification to say the least.

The truth is that the field of modern educational philosophy is suffering from a combination of arrogance and delusion — arrogance in the sense that philosophers of education believe that their questions are the most important ones, and delusion in that they legitimately think educators will understand them (or care about what they have to say). At this point, the philosophy of education barely has anything to do with education at all. Needless to say, a reevaluation in research priorities, and perhaps a hefty slice of humble pie, are necessary.

A cursory look at the last year of scholarship in the philosophy of education reveals a collection of articles with more than a dozen authors. Most of these articles consist of a general theme or question, and every author writes maybe a few hundred words about what they think of said question or theme. It’d be one thing if the questions were useful, and the blurbs were directly in dialogue with one another — that would make an interesting and insightful model. But the questions are often silly, and even if the question is viable, there is no dialogue between the scholars.

“Who remembers Greta Thunberg?” asks a 2021 article in Education Philosophy and Theory devoted to tying education, the environment, and the pandemic together. Most of the contributions lament the climate crisis, and complain that schools aren’t doing enough to address it. Another article presents the theme of “publicness,” social justice, and education, and the article itself consists of numerous complaints about colonialism and “neoliberal education” rather than any scholarly engagement.

The more traditional articles are not much better. While there is still valuable scholarship, many of the articles bear very little resemblance to reality. One tries to apply Confucianism to the education system in Malawi. And then you have a 2015 article addressing the important issue of…”posthuman eating” in school cafeterias as “folk phenomenology.”

Let’s make something clear: A third grade teacher who is struggling to teach more than twenty children, many of whom likely have behavioral problems, how to do math couldn’t care less about posthuman eating. They almost certainly will not even know what posthuman eating is (I had to look it up). Furthermore, educators in Malawi are going to be more concerned about the country’s main educational objective — teaching the country’s girls how to read — than they will be about the proper application of Confucianism alongside indigenous pedagogies.

Teachers are highly sensitive to how they’re treated in scholarly literature, but they’re very willing to apply new innovations if those innovations are communicated in a way they can understand. While this can have negative consequences if abused by proponents of a particular fad, it means that philosophers of education have a real opportunity to contribute. They could debate the best methods of ensuring proper behavior, or tackle what the ethics of citizenship are in the context of a civics or history class. They could provide great insight into how students have responded to COVID-19, or communicate epistemological ideas that could inspire teachers. Instead we get nonsense, and it’s everyone else who pays the price.

Socrates, Aristotle, Locke, and all the other, as one of my philosophy professors called them, “great dead people” would be rolling in their graves if they saw what the philosophy of education has become. What were once meaningful discussions about education and society have become mired in ego and selfishness, forgoing the skepticism and virtue innate to philosophy itself. And yet education’s normative concerns are not going away, nor will they. But until philosophers of education engage in some serious self-reflection, those problems will only continue to accumulate. And nobody knows what monster that accumulation will become.

This article, What Are Philosophers of Education Even Talking About?, was originally published by the American Institute for Economic Research and appears here with permission. Please support their efforts.