What Can We Lose To China By Isolating Afghanistan? 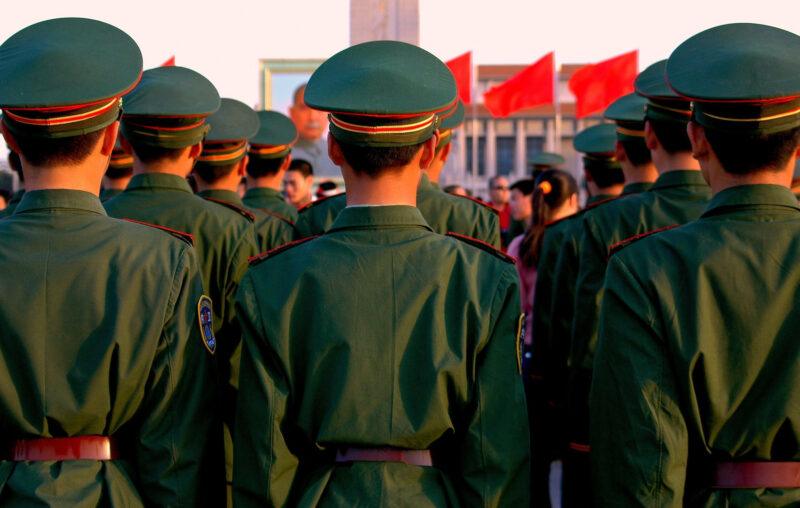 In July, CNN reported that the Chinese hosted a formal Taliban envoy in Tianjin, demonstrating the CCP’s intentions to pursue greater engagement with the region on its western border. The move should send a signal to the United States that there is still much value in maintaining open diplomatic engagement, humanitarian aid, and trade relationships with the people of Afghanistan. Isolating the country and refusing to work with the Taliban will leave the country open to Chinese influence, undermining US human rights and economic interests in the region.

What Do the Chinese Want?

Perhaps the best way to view China’s actions is through the lens of rational interest and pragmatism. Domestically, they have blended limited freedom with state control to create economic growth while maintaining power. On the world stage, they have applied a mixture of diplomatic engagement and financial investment while also deploying an aggressive wolf warrior-style diplomacy. Ian Johnson, a Senior Fellow for China Studies at the Council on Foreign Relations, writes,

“Of course, for China, recognizing the Taliban makes for strange optics: fighting Islamists at home but embracing them abroad. But it shows that China could be the ultimate realpolitik nation.”

With this context, forwarding security interests regarding the border province of Xinjiang seems to be China’s most immediate goal from working with the Taliban, with international image and economic opportunities being secondary benefits. Although there is space for cooperation with the Chinese in these areas, positive influences will be necessary to protect human rights and encourage sustainable economic growth.

Economic Interests Are Only the Tip of the Iceberg

Afghanistan is certainly rich with valuable mineral resources and potential investment opportunities. According to an article published by Bloomberg, there could be as much as $1 trillion worth of unexploited ore deposits in the region. Afghanistan may also prove to be a lucrative infrastructure investment for Beijing’s Belt and Road Initiative, potentially extending to Iran and Turkey through the region. Although China will certainly seek to exploit these potential opportunities, its primary interests encompass far more than commercial initiatives. In fact, economic considerations are likely secondary given the current political state of Afghanistan. Professor Haiyun Ma at Frostburg State University notes that Chinese investment possibilities in the region are long-term at best, impossible at worst. That is because of the difficulty of performing any ambitious project, mining, infrastructure, or otherwise, due to a lack of internal stability. Clearly, there is something more that Beijing is after in Afghanistan.

When accessing what China seeks to gain by working with the Taliban, stopping short at mere financial interests would be missing the greater strategy at play. A strategy that will likely have negative consequences for US priorities, from protecting human rights to spreading liberal values and influence.

The talk about economic opportunities in Afghanistan is aspirational and potentially a distraction from what China’s immediate objectives are for the region. That being containing Islamic extremist activity, most notably in its problematic province of Xinjiang, which shares a border with the Taliban. Defense One cites Andrew Small, a senior fellow in the German Marshall Fund’s Asia program, pointing out that Beijing is firstly concerned with ensuring that problems in Afghanistan do not spill over into China.

America can certainly work with the Chinese to contain extremism in Afghanistan; more importantly, however, we must be wary of the human rights implications associated with the CCP’s security goals. Given China’s past record with other countries, affording Beijing unipolar influence in Afghanistan would likely leave the nation dependent on Chinese support and under pressure to follow Chinese demands.

Perhaps Beijing’s most important goal is to contain the Uyghurs inside and outside China. In the province of Xinjiang, the CCP has built concentration camps and drastically expanded surveillance. At the same time, there are potentially thousands of Uyghur refugees in Afghanistan, or in China’s eyes: loose ends.

The BBC recently reported that there could be as many as 2,000 Uyghur refugees in Afghanistan. Beijing will undoubtedly work with the Taliban to discourage their support of Uyghur groups in Xinjiang and Afghanistan. If possible, they will attempt to gain their cooperation on the matter as they have with other countries on similar issues. Ian Johnson posits that this agreement is highly plausible given China’s newfound power and wealth, which gives it far more leverage than it had in the past.

This behavior is consistent with China’s past activities, in particular its economic and diplomatic engagement with the country of Nepal, which shares a border with the province of Tibet. Similar to Xinjiang, the CCP has actively undermined human rights and antagonized religious minorities in the region. According to an article published in The Diplomat by two Nepalese journalists, there are over 20,000 Chinese-Tibetan refugees in Nepal today. China has leveraged its relationship with Nepal to crack down on Tibetans fleeing Chinese persecution, which includes the signing of a Nepal-China extradition treaty.

Beijing will likely seek to exploit a similar relationship with the Taliban on the Uyghur question. Positive influences are needed to ensure that the future rulers of Afghanistan do not need to choose between Chinese support and protecting human rights.

China is not working with the Taliban so that it can simply acquire valuable minerals. Beijing’s broader intentions become clear when viewed through the context of the CCP’s primary political objectives. Some of these goals are mutual to US interests, such as stability and development in Afghanistan. Others, like pursuing Uyghur refugees, turning a blind eye to general human rights abuses, and potentially developing the country into a Chinese client state that is dependent on appeasing Beijing for resources, run directly counter. Although the US may be withdrawing its military, continued engagement through diplomatic and economic means could go a long way in mitigating an already tragic situation.

This article, What Can We Lose To China By Isolating Afghanistan?, was originally published by the American Institute for Economic Research and appears here with permission. Please support their efforts.