What Happened to Reducing Inflation? 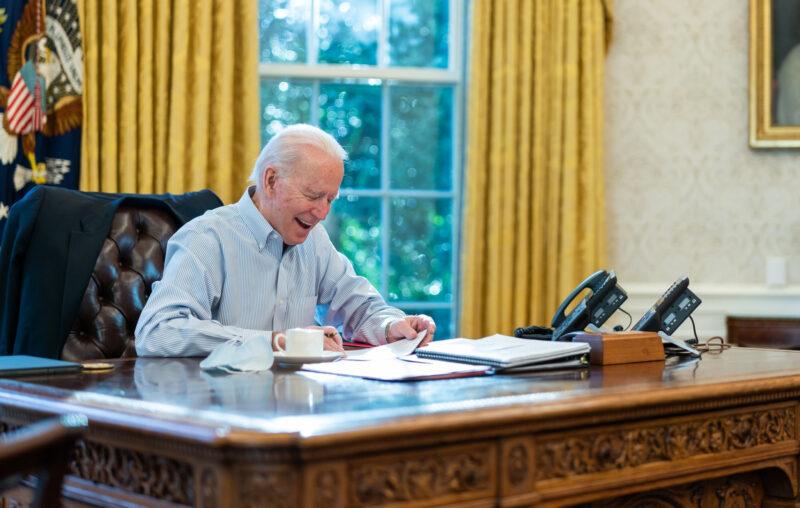 NBC News released a new poll on Sunday that found 74 percent of Americans believe the country is on the wrong track — the highest number in the history of its survey.

It also found that, while President Joe Biden’s approval had ticked up to 42 percent, his disapproval had also increased to 55 percent. Not a great number for Democrats just 80 days ahead of the midterms.

National pundits say the recent legislative achievements of Biden and the Democratic majority will help turn things around for the party. They plan to spend $10 million marketing their most recent legislation, the $739 billion …. Something Act.

When Sen. Joe Manchin and Majority Leader Sen. Chuck Schumer revealed the legislative deal they’d negotiated in secret, they called it the “Inflation Reduction Act.” But when NBC News’ pollsters asked voters about it last week, here’s the language they used:

“Democrats recently passed legislation supported by President Joe Biden that addresses health care and prescription drug prices, climate change, taxes for corporations, and the federal budget deficit. Do you think it was a good idea or a bad idea?”

Notice what words are missing: “Inflation” and “reduction.”

Inflation? Barely a mention, other than to note that independent analysts like the Congressional Budget Office and the Wharton School say the new law won’t have a significant impact.

As Kiplinger reports, “Despite its name, the Inflation Reduction Act’s main goals are really to address climate change and lower healthcare costs.”

That’s a very different message from the one Democrats facing tough races this November were preaching just weeks ago.

Now that the bill has passed, the two senators have dropped claims of “inflation fighting. Now they’re celebrating subsidies for buying electric vehicles and heat pumps will eventually lower individual families’ energy bills and so, for them, it is lower inflation.

For example, Energy Secretary Jennifer Granholm on Sunday touted the fact that the new law saves middle income families “can get 30 percent off the price of solar panels… You will be able to, starting next year, get rebates on the appliances and equipment that will help you reduce your monthly energy bill by up to 30 percent. That is all about reducing costs for people.”

Except it is not. First, families struggling with rising prices have to shell out hundreds or thousands of dollars up front to get the “savings.”  Plus, spending nearly $400 billion tax dollars on rebates for weather-stripping a home or buying energy-efficient appliances may eventually save some individuals money (they still have to buy the EV or washing machine up front). But creating more customers for fewer goods is likely to create more upward price pressure for the economy as a whole, experts say.

As InsideEVs reported in June, the average cost of an electric vehicle had already risen to $54,000 before the Act Formerly Known As ‘Inflation Reduction’ passed Congress. That was due in part to supply chain issues and shortages in inventory, something that is not likely to change in the next year. And, they added, “soaring demand is almost certain to push prices up as well.”

Supporters of the $739 billion bill have also shifted the conversation toward the law’s health care provisions. For example, Obamacare subsidies “temporarily” granted to families earning up to $300,000 a year were scheduled to expire. The new law extends those subsidies for another three years, at a cost of around $25 billion per year.

That is another $25 billion in federal dollars going into an economy that is already at 8.5 percent inflation. Another great deal for the six-figure-salary families who get the free money, but how will that lower price pressure overall?

The question facing Democrats is how voters will react to the law once they learn the details. The early indicators aren’t good. The NBC News poll asked what impact voters believed the new law, whatever it is called, will have on them personally.

This article, What Happened to Reducing Inflation?, was originally published by the American Institute for Economic Research and appears here with permission. Please support their efforts.