What Is Tax Fairness? 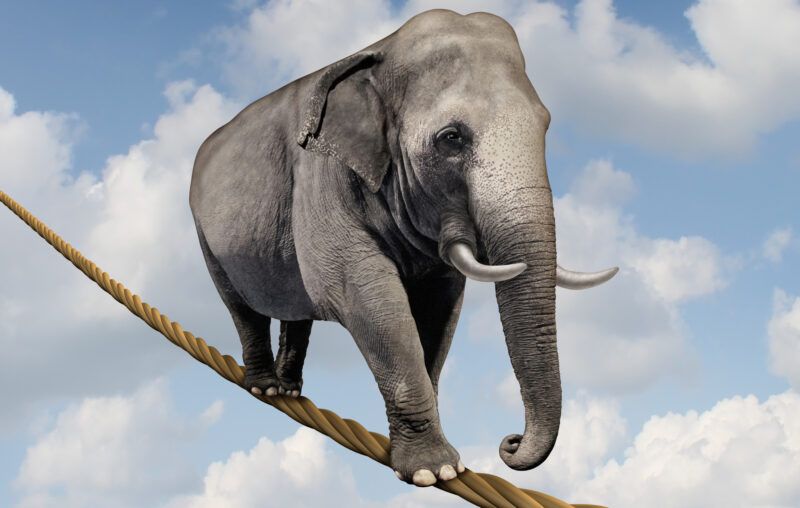 Politicians, particularly those on the left, routinely proclaim that businesses and high income individuals should pay their “fair share” of taxes. This necessarily assumes that there is not only a share of taxes that is fair but also that a fair share can be determined. Such assumptions, however, are never made explicit, nor do proponents of higher taxes on these groups explain their method for determining fairness. Rather, we hear only vague notions of “fairness” based on seemingly highly subjective beliefs. This begs the question of whether tax fairness should even enter any discussion of tax policy. I hold that it should not.

The question is timely because House and Senate Democrats, as part of their budget reconciliation bill, are presently seeking to raise taxes on both corporations and high income earners, claiming that these groups do not now pay their “fair share” of taxes, Senator Elizabeth Warren (D-MA.) introduced a bill earlier this month in which she states that higher taxes on corporations are necessary to ensure that they “pay their fair share so that we can raise essential revenue needed to invest in families and our economy.” This bill, intended to be part of the larger Democratic reconciliation bill, has been introduced in the House in substantially the same form by Rep. Don Beyer (D-VA). Meanwhile, Senate Budget Committee Chairman, Bernie Sanders (I-VT), aims at increasing taxes on high income and high wealth individuals. He tweets, “We’re going to tax the wealth of these billionaires, and with the Budget Reconciliation Legislation, we are finally going to invest in the needs of the working class of this country. Trust me, I wrote the damn bill.” President Biden too believes companies and high income earners do not pay enough taxes. In a speech last May, he asked, “Is it more important to shield millionaires from paying their fair share [of taxes], or is it more important that every child gets a real opportunity to succeed from an early age and ease the burden on working families?”

Significantly, all that we can glean from these pronouncements is that Biden, Sanders, and Warren believe that businesses and those earning higher incomes owe society more in taxes than they already pay, notwithstanding that income tax rates on individuals are already progressive, i.e., marginal rates increase with income. Never stated is a reasoned basis, either in ethics or some other grounding, for this belief or if there is an upper limit to what businesses and higher income earners owe to society.

Setting corporate taxes aside to focus on individuals, I suggest that reasoned arguments can be made from both an intuitive ethics and an economics perspective that, if anything, high income earners are already paying well more than their fair share of taxes and that their absolute tax payments or marginal rates should therefore be reduced. My point is not to advocate for such a policy; rather it is only to suggest that the concept of “fairness” is so porous and subjective that it is possible to arrive at completely contradictory conclusions about the meaning of tax fairness. Hence, it is nonsensical to base tax policy on such conclusions.

For example, a fixed per capita tax is arguably fairer than a progressive tax. In our democracy, every qualified voter is afforded one vote, no more and no less. Just as this political shareholding is allocated equally among citizens, it would thus seem intuitively fair that the burden of the cost of government should similarly be allocated equally. That is, everyone should pay the same amount in taxes in the form of a simple per capita tax. This way, each person contributes the same amount toward the cost of government, much like dues assessments in a club. At the least, one might ask Biden, Sanders, and Warren to explain, from an ethics standpoint, why their proposals to make taxes even more progressive, i.e., even more unequal, are fairer than an equal per capita tax.

Admittedly, purely intuitive judgments on the ethics of tax policy – let alone the ethics of a per capita tax – do not rest on the solidest of foundations; so let me offer an alternative argument for defining fairness based on economic reasoning. The argument rests on the idea that whenever there is voluntary exchange, every transaction creates wealth. A voluntary transaction will not take place unless each party becomes better off as a result of the transaction. It follows therefore that, so long as high income earners obtain their income through voluntary exchange of their labor, services, or other resources, each dollar of that income is the product of a wealth-creating transaction.

Based on this reasoning, tax fairness might be gauged on the basis of relative additions to aggregate social wealth. Defining tax fairness in this fashion would then mean that tax policy require people who contribute less to social wealth to make up for the deficit by paying more in taxes, while those who contribute most to social wealth be rewarded with lower taxes. Put another way, fairness would require that high income earners be taxed less than low income earners. The former have already made a disproportionate positive contribution to social welfare. Once again, one might ask Biden, Sanders, and Warren how their positions are analytically any sounder.

Of course, as a practical matter, given the current size of government, either an equal per capita tax or a regressive income tax would necessarily mean that many, if not most, taxpayers would owe more than they earn or have in savings and, in some cases, likely much more. Such a tax thus would be unworkable unless government were shrunk substantially. The cost of government would have to shrink at least to the point where required taxes would be affordable by each taxpayer, a goal unlikely to be shared by the political class, left or right.

Another practical flaw concerns rent-seeking, whereby some high income earners today derive their high incomes not from contributing to aggregate wealth but by using the machinery of government to expropriate the wealth created by others. Thus, if “paying one’s fair share” in taxes is inversely related to one’s contribution to social wealth, these high income rent seekers should be taxed at or near a 100% marginal rate. Given that the left has its own set of favored rent seekers, however, it is unlikely that agreement could even be reached on this exception.

To be sure, I write all of the above not to advocate for either a per capita tax or a regressive income tax — political non-starters in any event – but to show that “tax fairness” is hardly a known parameter. One can construct ethical and/or syllogistic arguments leading to completely opposite conclusions. In view of this conundrum, we all would be better served if politicians and policy makers purged “fairness” from their thinking (and speeches) and simply focused on a tax system that finances essential government functions in the most efficient manner possible and impedes economic vitality and long-term growth as little as possible. I suspect that, in a prosperous and growing economy, questions of “fairness” will lose much of their political cachet and recede to the academic lounges where they belong.

This article, What Is Tax Fairness?, was originally published by the American Institute for Economic Research and appears here with permission. Please support their efforts.