What the Hell is Inflation Anyway? 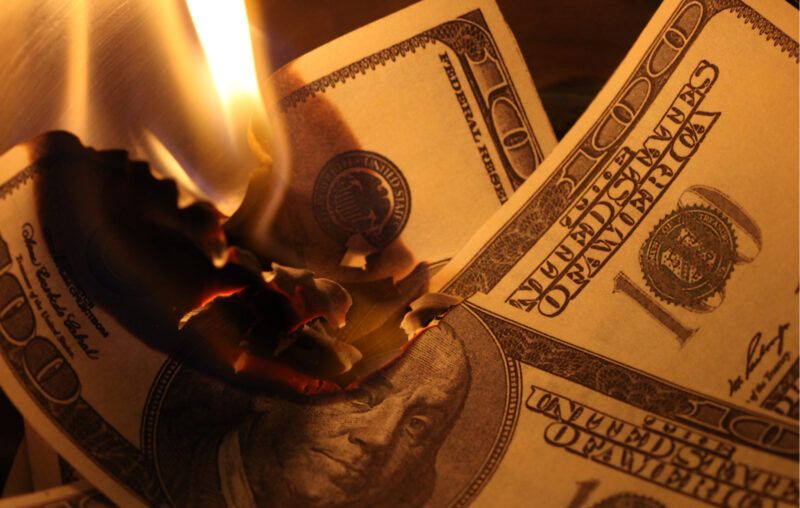 Arguments about inflation are nothing new. For most of the history of the term, inflation did not mean rising prices but rather rising prices were one of the consequences of inflation. The linguistic debate might seem arcane or unnecessary, but how we use words matters, and to economists with theories built on such words, no debate over the meaning of a word is as important as the debate over the meaning of inflation.

Wrestling over the accepted, even public, definition of inflation, of course, has no actual bearing on whether a certain theory of inflation is correct or not. But how we define inflation matters significantly in shaping the political discourse about the economy.

If inflation is defined as simply a general rise in prices, one could say that various factors like speculation or the velocity of money could be responsible for inflation. However, if inflation is defined as an increase in the money supply, it may be easier to conceptualize the connection between expansionary monetary policies and rising prices. In short, how we define inflation influences whether we blame markets or monetary policy for the rising prices we now see.

Since the middle of the 19th century, when the word inflation was first used to refer to economic phenomena, economists have disagreed about its meaning. Economic inflation in the 19th century generally referred to two things: (1) the growth of the money supply, particularly through printing paper currency, and (2) artificial economic expansion (a bubble, or period of unsustainable growth).

Americans then often linked the increase of the money supply with an artificial expansion and eventual implosion and depression. A contributor to the Indiana Herald in 1862 warned that unless “the currency inflation…is checked, we shall have an expansion, and a crash compared with which the breaking of the Wild Cat banks in Indiana and Illinois, which almost bankrupted the people of the West, are mere speculative bubbles.”

It was less common for Americans in the 19th century to speak of inflation of prices, and when they did, it was nearly always spoken in connection with paper currency inflation. While the term “inflation of prices” has been around since the 19th century, it was always a bit of a linguistic mess – a mixed metaphor of objects that expand or inflate, and prices, i.e. numbers, that can increase or decrease but don’t expand or contract per se.

The modern definition of inflation as “a general rise in prices” did not become dominant until the 1960s, after decades of debates that brought us a proliferation of different kinds of inflation like “cost-push” and “cost-pull” inflation. This definition was arrived at, partly to simplify matters, since the most common way to measure inflation was by the rise in prices. But then the measurement became the thing itself; a rise in prices became defined as inflation. It was in this same post-war period when economists were no longer uniformly opposed to inflation but began to see it as a potential benefit to the national economy.

Debates about the meaning of words often correspond to social changes and new ways of looking at the world. Some of the most contentious debates about inflation occurred 100 years ago in the wake of expansionary policies of World War I. In the decade before this, economists often spoke about the “inflation of” something, but when writing about inflation itself they came to various competing conclusions. The post-World War I debates about the term helped economists realize that they hadn’t agreed on the definition of the term after all.

In 1925, the economist Fred Garlock concluded that “as to the precise meaning of the terms ‘inflation’ and ‘deflation’ there is not unanimity of opinion, nor would economists agree as to whether inflation and deflation are monetary or price phenomena, assuming that there is a difference.” This debate led Alexander Gourvitch to write in 1936 that he wanted to avoid using the word “inflation” as he was not sure whether he knew what it meant anymore. This indicates that Gourvitch had previously believed that he did know what inflation meant.

In the course of the evolution of the term, inflation first had to connect to something, to refer to an inflation of something. Long before inflation came to mean a general rise in prices, the word first had to be applied metaphorically, then literally and consistently to prices instead of to other things. Eventually, this meant that people didn’t even have to say that it was inflation “of prices” since the word inflation had come to include the concept of prices.

Of course, words mean different things to different people, and their meanings change over time. While history might be able to help us understand how a word has been used, I don’t think it is fair to suggest that historical usage alone can prescribe the correct definition of a word. It is common for words to take on new meanings – distinct and even opposite to historical usage. How we define inflation is a matter of choice, but we must also recognize that choice reflects more fundamental beliefs about how the economy functions.

This article, What the Hell is Inflation Anyway?, was originally published by the American Institute for Economic Research and appears here with permission. Please support their efforts.