What’s the Matter with Cambridge? 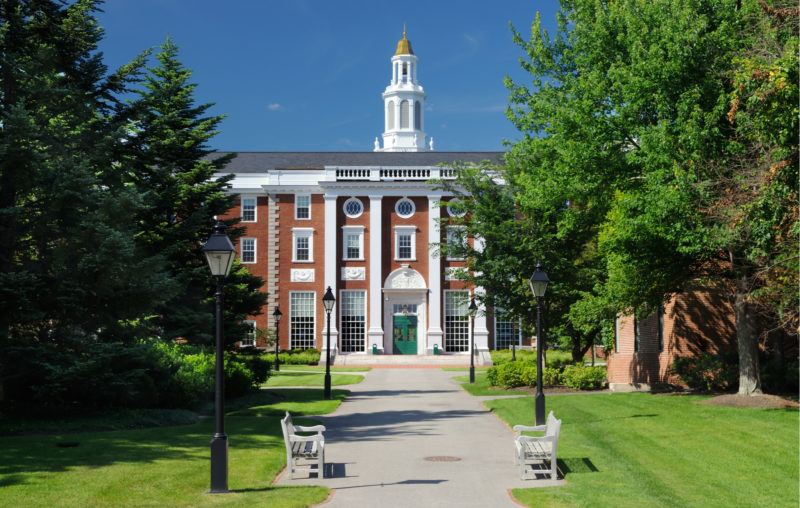 In 2004, journalist Thomas Frank pondered the question (in the title of his book) What’s the Matter with Kansas? The puzzle revolved around why lower-income individuals often without a college education would vote for the Republican Party when the GOP pursued policies that were diametrically opposed to their economic self-interest. Democrats, it was assumed, should be the party of choice for these individuals because it was that party that favored distribution from the rich to the poor.

Frank’s work received both praise and criticism when it was released, mostly focusing on his answer that the rise of cultural conservatism was to blame. However, the question of why working-class individuals would support Republican policies that seemingly favored the rich remained on the mind of the intelligentsia, and was revived with the surprise election of Donald Trump in 2016. Conservative populism does not seem to make sense within the framework of simple pocketbook politics.

This question recently was resurrected in a new book Religion and the Rise of Capitalism by Benjamin Friedman, a professor of economics at Harvard. While primarily interested in economic development over the past several centuries, Prof. Friedman (oddly) devotes the last chapter of his book to understanding why lower-income, less-educated evangelical Christians have such a strong attachment to Republicans and, more specifically, Donald Trump. (See, in particular, pp. 390-93.) Like Frank before him, Friedman’s theory revolves around the cultural mindset of these “odd” voters, although Friedman places heavier emphasis on how theology conditions their individualistic attitudes toward economic, as opposed to cultural, issues than Frank does.

My purpose here, though, is not to quibble with the explanations offered by Frank, Friedman, and others. More foundationally, I would like to take issue with the initial nature of the question, and flip it on its head. The assumptions that underlie scholarly questions often dictate where we choose to look for answers and, as such, condition the theories of human behavior that we develop.

Both Frank and Friedman begin with the presumption that low-income individuals naturally benefit from income and wealth transfers to them, be it in the form of higher minimum wages, welfare payments, and/or subsidized health care. To fund these transfers, the poor should also favor progressive income and estate taxes. Such an assumption is understandable and is a common starting point for much political economy research; poor individuals would like to use government policy to take resources from rich individuals.

But here is the next obvious question. If material interests motivate the lower classes in their political behavior, should not the same be true of the upper classes? If the poor want to take from the rich, wouldn’t the rich want to prevent the poor from doing the taking?

Now, instead of struggling Kansans or evangelical Christians, let us consider the income and voting patterns of Harvard professors who ask such questions about the puzzling behavior of the poor. According to Business Insider, in 2019 the average Harvard professor earned $226,394 (base salary for 9 months work). This is substantially higher than the median household income of roughly $66,000 in the US and $86,000 in Massachusetts for the same year. The average household income for Cambridge, MA was $140,000, with neighboring zip codes ranging from $107,600 (for Boston) to $178,000 (Belmont). These figures indicate that the typical Harvard professor is doing financially quite well relative to the US in general and their local community. [Please see methodological note at end of article for discussion on the comparison of average and median income.]

If we carry over the assumption about voting based upon material interests from the lower classes and use it to think about high-salary Ivy League professors, we should assume that professors would cast ballots for a political party that would promote their economic self-interest – i.e., lower taxes on the rich, less public transfers to the poor, etc. According to Friedman (and Frank) this would be the Republican Party. So how does the Harvard faculty stack up?

According to an analysis in The Harvard Crimson (Nov. 17, 2020), Harvard faculty overwhelmingly contributed to the campaign for Joe Biden with over $300,000 in total contributions, while Donald Trump netted only 1/10th of that in the most recent election cycle. Election data from precincts in the Cambridge, MA area, presumably where a high proportion of Harvard faculty live, show Biden winning 92% of the vote whereas Massachusetts residents as a whole cast about 66% of their votes for the Democrat. While one may claim that the 2020 election was an anomaly, it has been shown repeatedly that university faculty at elite institutions skew politically left, and increasingly so.

And so, we have a new puzzle: What’s the matter with Cambridge? Or New Haven? Or Palo Alto?

Remember that the operative assumption about Kansans and evangelical Christians was that they did not know what was in their own economic self-interest. But then what about upper-income professors? Do they routinely support Democrats because they too are ignorant of their own fiscal well-being in the political arena? These scholars are supposed to be highly educated and if anybody has reflected upon their own welfare it should be those with PhDs!

It is not just well-paid academics that exhibit this (presumably) counter-intuitive voting behavior. The top 300 wealthiest zip codes, those with the so-called “one-percenters,” tend to favor Democrats over Republicans both in terms of financial contributions to campaigns, but also in ballots cast.

Numerous hypotheses for the seemingly counterintuitive political behavior abound. Rent-seeking immediately suggests itself. Professors and corporate executives might support Democrats because that party delivers policies that direct resources their way (e.g., financial aid that is translated into higher tuition and higher salaries). It may also be a matter of the declining marginal value of the next dollar earned; as one’s income grows, one may feel less opposed to having it taxed away for public goods. And/or, it may be an attitude of aristocratic paternalism wherein the high and mighty in society feel obligated to “give back” to the toiling peasants out of pure beneficence or a desire to stave off class warfare. (One would wonder, though, why such a paternalistic attitude may not manifest itself via private charity rather than forcing “charity” upon oneself in the form of higher taxes.) Finally, it may just be the case that voters are irrational because they do not bear the direct costs of their ballot box decisions.

The bigger concern for immediate purposes, however, lies in the assumptions informing the initial question. Even before we get to the point of offering up explanations, we need to ensure that we are not rigging the analysis with faulty premises. Prof. Michael Thomas has pointed out the importance of behavioral symmetry in the social sciences, particularly with respect to the field of behavioral economics and how it translates into government policy. The basic idea here is that the assumptions and behavioral theories that we posit onto the individuals we study need to be fairly applied to those doing the analysis. This lesson not only applies to voting, but it should inform how we understand a wide range of other human activities such as consumer behavior in the marketplace and responses to public health mandates. It may very well be that different categories of individuals do have different interests and modes of behavior, but before we make that jump it is necessary to examine those assertions carefully.

The answer to the question of “What’s the matter with Cambridge?” may simply be a lack of self-reflection. All good understandings of the social world should start first with a solid stare into the looking glass. Without such a philosophical pause, all sorts of analytical shenanigans can ensue.

Methodological Note: I acknowledge that comparing average versus median income is “statistically slippery” given that the income distribution is not normally distributed. A few high-income individuals tend to pull the average (mean) above the median. Nonetheless, Harvard income data are reported as an average and not a median. While it is plausible that a certain disciplines (e.g., business school) and a few “superstar” professors are pulling the income average upwards above the median, the median is still likely to be above $86,000 (the Massachusetts median). Comparisons with the towns near Harvard are reported as household averages, though. Furthermore, it should be noted that the general US, MA, and Cambridge income figures are reported as households, which are likely to contain more than one individual’s income. Harvard salaries are reported as individuals. If any significant portion of the faculty live in dual-income households, the comparison would result in higher average (and median) income than reported.

AIER intern David Crego assisted in research for this article.

This article, What’s the Matter with Cambridge?, was originally published by the American Institute for Economic Research and appears here with permission. Please support their efforts.