When Classical Liberals Went to the Mountaintop 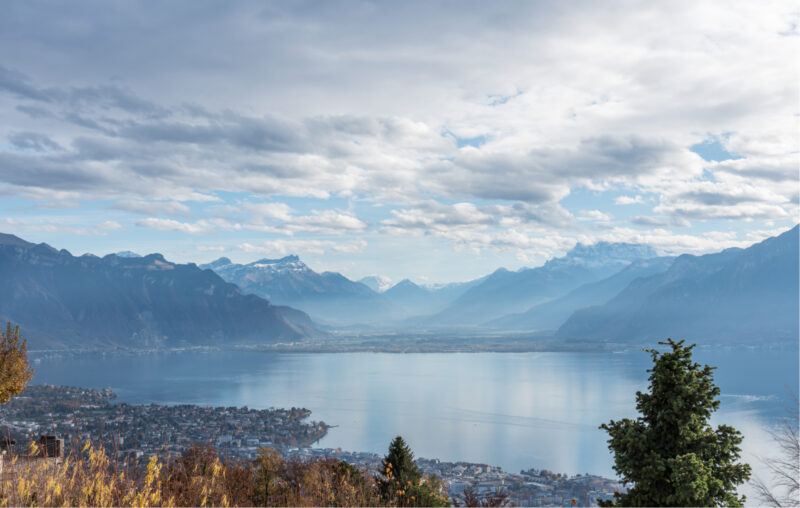 During a recent seminar, a student asked me to rank the influence of classical liberalism in the world today. My response was “Somewhere between ‘low’ and ‘marginal.’” I’m not the only one who thinks so. Whether it is in the realm of policy or the marketplace of ideas, classical liberal priorities simply do not exercise the influence they did in the 1980s and early 1990s.

On the left, illiberalism reigns in the form of cancel culture, wokeness, disdain for the Western civilization from which classical liberalism emerged, the propagation of junk history like the 1619 Project, disinterest in rule of law, and an ongoing desire to use the state to engage in extensive social engineering. Meanwhile on the right, there has been serious regression towards forms of economic interventionism not so different from policies long advocated by the left. Some conservatives also want to use government power in ways that indicate an illiberal impatience with due process and constitutionalism’s checks and balances.

In a way, these conditions represent a return to normalcy. Classical liberalism’s influence has always been uneven at the best of times. One reason for this is classical liberalism’s longstanding difficulty in sustaining the type of mass support that translates into political power in democratic systems.

Another is classical liberalism’s propensity to fragmentation. That owes something to the different foundations upon which classical liberals often draw. Some look to sources like natural law theory or the thought of Edmund Burke. Others, however, draw upon different traditions like Kantianism, positivism, evolutionary theory, or utilitarianism. Such dissimilar starting points are bound to translate into significant disagreement about many subjects. Even on economic topics, uniformity is far from the rule. Questions of monetary order, for instance, remain strongly contested among contemporary market liberals.

A desire to discuss such challenges was among the factors leading to the first significant gathering of classical liberal thinkers after World War II. At the time, classical liberalism was very much a fringe position. In America, New Dealism was the orthodoxy. Communism reigned in Eastern Europe and the Soviet Union, and was close to taking China. Throughout Western Europe, socialism and Keynesianism dominated political discourse. The primary non-left alternative on the continent, Christian Democracy, was heavily influenced by corporatism and attracted to interventionist policies.

On the face of it, these were inauspicious conditions for a classical liberal revival. There were, however, some points of light. Two books authored by prominent market economists—Friedrich Hayek’s The Road to Serfdom (1944) and Wilhelm Röpke’s The Social Crisis of Our Time (1942)—had made a considerable impact upon segments of Anglo-American and Western European opinion respectively. These texts’ strong critique of statist policies resonated with many people in the post-war context. Yet neither Hayek nor Röpke shied away from asking why liberalism had fallen into disrepute across the West. Both concluded that there were problems with nineteenth-century liberalism which had helped precipitate its downfall.

Such conclusions pointed to the necessity of fresh thinking. But that requires thinkers willing to question assumptions and bringing such people together to engage in spirited debate.

So it was that 75 years ago a group of European and American classical liberal thinkers gathered in April 1947 for a ten-day conference at a hotel overlooking Switzerland’s Lake Geneva. The record of their conversations has now been published for the first time under the title Mont Pèlerin 1947: Transcripts of the Founding Meeting of the Mont Pèlerin Society. Edited and well-contextualized by Bruce Caldwell and preceded by a helpful foreword by John B. Taylor, this book provides readers with insights into the thought and worries preoccupying these liberals, some of which resemble the concerns of our time.

Caldwell’s preface and introduction illustrate that Hayek was the primary organizer of the gathering, with important supporting roles played by Röpke as well as the Volker Fund. Alongside detailing the complicated back-and-forth that invariably characterizes the launching of such endeavors, Caldwell stresses that Hayek and Röpke were determined to take the conversation far beyond economics.

This conviction was reflected in the organizers’ efforts to ensure that thinkers working in different disciplines and belonging to varying shades of liberal opinion were included. As it turned out, economists were the biggest contingent of attendees. Yet many of them—especially the Europeans—were more than capable of speaking with erudition about topics outside economics.

Indeed, of the 19 sessions, only six addressed economic subjects, while seven considered political, historical, and philosophical themes. The remaining sessions were devoted to organizational questions like the structure and purpose of a permanent organization and its name. Hayek was not interested in a one-off event. He was thinking about the long-run.

If you put enough intellectuals in a room, you can be sure that disputes will quickly emerge, even if the individuals concerned adhere to similar philosophical outlooks. The meeting at Mont Pèlerin was no exception. Whether the topic was the possibility of a European federation or monetary reform, the conference transcripts illustrate that consensus was the exception rather than the rule.

The transcripts, it should be noted, are not verbatim. They consist of a few longer texts and shorthand notes of the proceedings taken by Hayek’s secretary, Dorothy Hahn. The latter were designed, Hayek stated, “to indicate the general trend of discussion.” Nonetheless, some presentations and comments were recorded more closely than others. Parts of the transcripts consist, Caldwell notes, of “rough and often incomplete summaries.” At times, I found myself wondering (based on my knowledge of particular scholars’ books) if Hahn’s rendering of someone’s comments sufficiently captured their thoughts on a given topic.

Despite these limitations, there is much to be gleaned in the transcripts for those interested in the history of ideas and classical liberalism. In general terms, there was less discussion of policy than occurs at similar gatherings today. The conversation was more focused on questions of philosophy, law, history, geopolitics, and economic theory. Undergirding everything, however, was a desire to understand why collectivist outlooks had established such a grip on the Western imagination, and how that vice might be loosened.

Some sessions were more productive than others. There was considerable agreement that liberals needed to devote more attention to the legal frameworks within which economies operated. Likewise, the discussion of history raised many participants’ awareness of just how much the writing of history, especially the popular histories in which Marxist historians often specialized, shapes the trajectory of contemporary political debates.

Other sessions yielded more meager results. Hayek had insisted upon putting the topic “Liberalism and Christianity” on the program because he thought that the tensions between liberalism and Christianity in continental Europe had been very damaging to both. That discussion, however, was opened by the Chicago economist Frank Knight. He was an outspoken atheist and, judging from the transcripts, was deeply skeptical of the prospects of any meaningful reconciliation. The transcripts also suggest that Hayek and the philosopher Karl Popper (both agnostics), as well as Röpke and another ordo-liberal economist Walter Eucken (both convinced Christians), thought that Knight’s comments were uninformed and largely missed the point of having the discussion.

Overshadowing the entire proceedings, however, was the specter of totalitarianism—not just the recently vanquished National Socialist variety but also the Communist version then enveloping Eastern Europe. In addressing these topics, the participants at the Mont Pèlerin conference were strikingly realistic in their comments. They also avoided viewing these matters primarily through an economic lens.

Röpke framed this discussion by stating that “The problem of Europe is Germany, and the problem of the world is Europe.” If a relatively free society did not arise from the ashes of Nazi Germany, there was good reason to worry about liberty’s future in Europe as a whole, especially given the Soviet Union’s obvious aggression and the strength of Communist parties in Western Europe. This theme was echoed by Eucken, whom Hayek later described as the star of the conference.

Unlike the other participants, Eucken had spent the war inside Nazi Germany. He had been involved in anti-Nazi resistance circles associated with the Lutheran theologian Dietrich Bonhoeffer. Eucken had been arrested and was lucky to escape with his life after the failure of the attempted assassination of Hitler by the Catholic army officer Claus von Stauffenberg on July 20, 1944. Some of Eucken’s acquaintances, including Bonhoeffer, had not been so fortunate.

Among the messages that Eucken brought home to the other participants was direct confirmation of how much the Nazi state’s increasing control of the economy had contributed to the dictatorship’s grip on power—a theme central to Hayek’s Road to Serfdom. Changing these conditions wasn’t, however, simply a matter of retracting the government from the economy as much as possible. That in itself, Eucken stated, did not resolve the question of the type of underlying order required by a free society and the role of different entities, including the state, in maintaining that order. Nor did it address the related question of which philosophical foundations were most likely to sustain such societies.

Is a Classical Liberal Consensus Possible?

These questions remain at the heart of some of the deeper fractures among classical liberals today. There will always be some basic incompatibilities between, say, a natural law case for a free society compared to those inspired by various forms of utilitarianism. Such dissimilar premises will often result in quite divergent conclusions about the proper scope of state action. If anything, these philosophical differences among classical liberals are even sharper in our time than they were in 1947.

Does this mean that establishing agreement around a relatively cohesive classical liberal set of principles is impossible? The Statement of Aims agreed upon by all but one (the French economist Maurice Allais) of the participants at that first meeting of what came to be called the Mont Pèlerin Society suggests not.

Yes, Eucken and Knight may have had very different assessments of the prospects for a rapprochement between liberalism and Christianity, and Ludwig von Mises may have disagreed with almost everyone else’s view of laissez-faire liberalism. Nevertheless, 38 of the 39 participants could affirm that: “The central values of civilization are in danger”; that “The position of the individual and the voluntary group are progressively undermined by extension of arbitrary power”; that freedom was threatened by “the growth of a view of history which denies all absolute moral standards and . . . theories which question the desirability of rule of law”; and that, absent “private property and the competitive market,” “it is difficult to imagine a society in which freedom may be effectively preserved.”

These are not small things. Moreover, expressions like “civilization,” “rule of law,” and “absolute moral standards” are suggestive of substantive normative content and principles that are as much under threat today in much of the world as they were in 1947. Policy will always matter. But discussing and debating the meaning of such principles and their significance for liberty today is surely one way for classical liberal ideas to regain traction in a world in which many on the left and right seem very happy to subordinate freedom to just about everything else.

This article, When Classical Liberals Went to the Mountaintop, was originally published by the American Institute for Economic Research and appears here with permission. Please support their efforts.