When Did The Fed Change Its Tune? 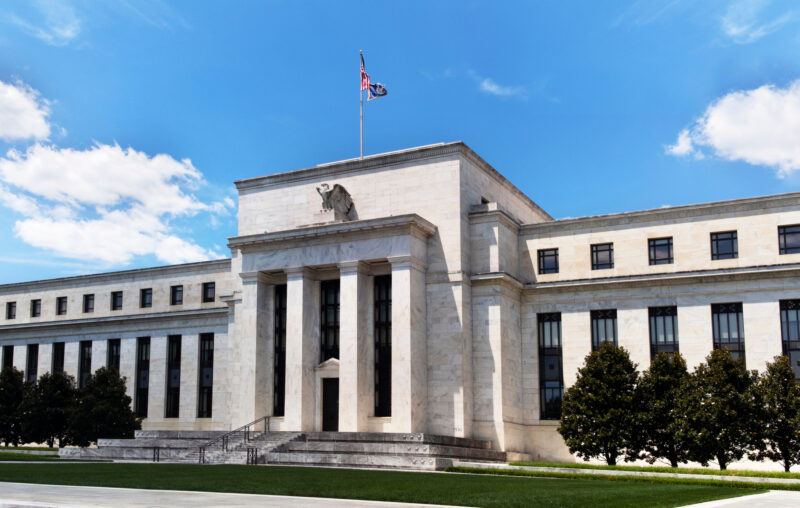 The Federal Reserve is finally taking a tougher stance on inflation. The Federal Open Market Committee (FOMC) raised its federal funds rate target by 50 basis points in May. It will likely raise its target by another 50 basis points when it meets in June—and then again in July. Fed Chair Jerome Powell has acknowledged there “could be some pain involved in restoring price stability,” but nonetheless concludes that “it’s something we have to do.”

To some, the Fed’s recent tightening appears to be too little, too late. The personal consumption expenditures price index (PCEPI), which is the Fed’s preferred measure, has been elevated for more than a year and began accelerating last October. But the Fed left its target rate unchanged until March and did not significantly change course until May. Even then, its move looked modest compared to the prevailing inflation. Bond markets continued to price in more than 2 percent inflation per year over the next ten years.

Why did the Fed wait so long to address the inflation problem? One might argue that Fed officials just didn’t realize inflation was much of a problem until it was far too late. However, this view appears to be inconsistent with most FOMC members’ projections of inflation, which exceeded 2 percent in March 2021 and have been ratcheted up each quarter thereafter. It also appears to be inconsistent with FOMC statements, which suggest Fed officials understood there was an inflation problem by mid-December 2021.

The FOMC releases a statement after each meeting to summarize its assessment of the economy and indicate how it will adjust monetary policy, if at all. These statements are carefully worded and do not change much from meeting to meeting. When changes occur, therefore, it provides some indication as to how the thinking of Fed officials has changed. In what follows, we identify significant changes in FOMC statements over the last fourteen months.

At the onset of the pandemic, the price level fell below the growth path consistent with the Fed’s 2 percent inflation target. It did not return to that growth path until March 2021. Of course, it takes time to collect and report data. When the FOMC met on March 17, it had PCEPI data for January (released on February 28) and Consumer Price Index (CPI) data for February (released on March 10). Given the available data, it was reasonable to conclude that inflation remained below target—and that’s what the Fed did.

When the FOMC met in late April 2021, it had PCEPI data for February (released March 26) and CPI data for March (released April 13). Based on this new information, the Fed changed its assessment. It acknowledged that inflation had risen, but attributed this to transitory factors. It did not expect inflation to remain elevated.

The FOMC continued to attribute the high inflation to transitory factors through September 2021. When it met in September, it had PCEPI data for July (released August 27) and CPI data for August (released September 14). Prices were clearly elevated. The July PCEPI data showed prices were 1.4 percentage points higher than the 2-percent growth path projected from January 2020. But the primary cause of higher prices was less clear.

If prices were elevated due to pandemic-related supply constraints, they could be expected to come back down when those constraints eased up. If, instead, they were elevated due to a surge in nominal spending, the Fed would need to take action to bring prices back down (or, see them remain elevated permanently). Fed officials apparently accepted the supply constraint view, maintaining that inflation was largely transitory.

November 3, 2021: “… Inflation is elevated, largely reflecting factors that are expected to be transitory. …”

The FOMC began changing its tune in early November 2021. Whereas it had previously attributed high inflation to “transitory factors,” it now attributed it to “factors that are expected to be transitory.” It was a small admission of doubt from a hitherto confident Fed.

Doubt about the transitory nature of inflation was certainly in order by early November. The FOMC had PCEPI and CPI data for September (released October 29 and 13, respectively), at the time. It knew prices had outpaced FOMC member projections (which had been revised up in both June and September) and were now 2.3 percentage points higher than the 2-percent growth path, despite relaxing supply constraints and strong growth in real output and employment.

December 15, 2021: “… Supply and demand imbalances related to the pandemic and the reopening of the economy have continued to contribute to elevated levels of inflation. …”

The FOMC statement changed significantly in December 2021. The “transitory” term had been dropped entirely, in line with Chair Powell’s comments on November 30. The statement also acknowledged demand-side factors were contributing to inflation, which implied that prices would not return to normal unless the Fed took action to bring prices back down.

Somewhat surprisingly, given the clear change in the FOMC statement, the Fed did not take action to bring prices back down. It left its federal funds rate target unchanged in December and January. It made a modest 25-basis-point hike in March and then left its target there until May. In April, The Economist magazine asked whether the Fed could pull off an ”immaculate disinflation.” The Fed recognized prices were too high. But it was not doing anything to bring prices back down beyond hoping they would decline on their own.

January 26, 2022: “… Supply and demand imbalances related to the pandemic and the reopening of the economy have continued to contribute to elevated levels of inflation. …”

In the January, March, and May 2022 statements, the FOMC continued to acknowledge that demand-side factors were contributing to inflation. It added “energy prices” and “broader price pressures” as contributors in March, reflecting the Russian invasion of Ukraine (and corresponding supply disturbances). But, otherwise, its statement was largely unchanged.

Monetary policy is difficult in real time. Data is collected and released with a lag. Policy decisions have delayed effects. It is difficult to know what and how much to do in the moment.

The FOMC statements suggest that, by December 15, 2021, Fed officials understood inflation was at least partly the result of demand-side factors and, hence, needed to be brought down to some extent with contractionary monetary policy. And, yet, the Fed largely failed to act until May 2022.

One might excuse Fed officials for being late to recognize the inflation problem. Reasonable people can disagree about when the Fed should have known inflation was too high. But there is no excuse for the considerable delay before acting once the problem had been recognized. Perhaps a December 2021 rate hike would have spooked markets, as the Fed had just revised its view and had not had time to conduct forward guidance. But the Fed had opportunities in January and March. And it could have called a special meeting in February or April. Instead, it waited until May.

The Fed could have—and should have—taken prompt action to bring down inflation. It didn’t. Now inflation is much higher—and much harder to deal with—than it otherwise would have been.

This article, When Did The Fed Change Its Tune?, was originally published by the American Institute for Economic Research and appears here with permission. Please support their efforts.