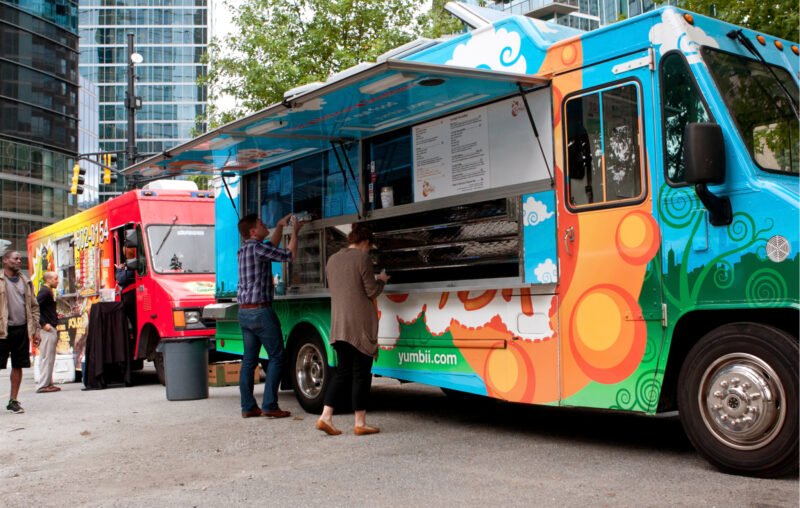 A pretty good word of professional advice that I live by is to always seek to create value for others. Whether you are an entrepreneur or an employee in a massive firm, the way you distinguish yourself and make yourself valuable is by looking for ways to apply your labor that is useful to a consumer. That is the great genius of a market system, which organizes economic life not by the will of a central planner but on a natural order of mutually beneficial interactions. Therefore, a successful mindset is one that views employment as a means by which we all offer innovative and desirable services to one another through a voluntary system of mutual transactions. The private sector encourages this, the state does not.

This mentality, combined with my existing education and training on various topics from political science to economics, ironically made me highly dissatisfied with one particular professional experience that I dreamed of having for years. My alma mater has a popular program where students can work in the Connecticut State Legislature for class credit. I knew since my freshman year that was what I wanted to do during my last semester of college. I worked hard to compile a resume full of leadership experience, public policy research internships and soaked in knowledge from all my classes. When the last semester of my senior year of college came around, I was placed in the office of the President Pro Tempore of the Connecticut State Senate, whom I personally admired.

At first, I was enamored with the experience. Every morning I donned a suit, drove to the state capitol, scanned into the staff-only parking lot, walked through a special card-access side door, and entered the gleaming halls of state power. All around me were leaders from various business and political interests, legislators walked around speaking about the matters of the day, conversations regarding the consequential use of power happened in every other room. There were always groups of constituents protesting or advocating for some sort of cause and it was an interesting feeling knowing that the institution I worked for exerted power over their lives.

Oftentimes I would shadow my senator and follow her into closed-door meetings to take notes. Sometimes I would see the Governor of Connecticut, always flanked by an entourage, walking through the underground tunnels that connected his office to the legislative complex. He didn’t have a clue who I was, but as a reasonably charismatic politician he’d say hi to me and I’d say hi back. The Attorney General of Connecticut did know who I was and he’d always have a friendly greeting when he saw me. The whole pomp and circumstance of working in the halls of power was a thrilling feeling.

This was how it started, but eventually, I found myself completely disillusioned and cynical as I began to observe the day-to-day operations of the government while also applying what I had learned from my studies. I remember sometimes I would peek out the window of my office and see some food trucks on the streets and think to myself, those food trucks are doing more of a service to society than I am. Although I had a wealth of qualifications in terms of my education and experiences, all I was doing was participating in a bunch of clerical and ceremonial activities. The most disturbing thing for me was the fact that every debate I went to, every protest, every phone call I answered, was about spending other people’s money or forcing one way of life onto others. As the great political economist Frédéric Bastiat once said,

“The state is the great fictitious entity by which everyone seeks to live at the expense of everyone else.”

The state legislature itself, like all governing bodies, was full of political maneuvering, gridlock, and was wholly incapable of efficiently delivering desirable services to society. Oftentimes the services it was being asked to deliver were not appropriate for the state to be involved in to begin with, at least in my opinion. I remember thinking to myself that I would rather work in one of those food trucks. Whoever was running those food trucks was living out their vision and delivering a desirable service to consumers. Running those trucks took actual cunning and risk-taking, as they were staking large amounts of their capital on the success of their business. In order to survive, they had to build something that enticed customers to line up every day and exchange their money for their food. They were coming up with innovative ways to make their food taste better and stand out, while also running a financially sound operation. They were converting hungry customers into happy customers as a product of their own labor.

At times, I genuinely wished I could be outside in a food truck, translating my labor into products that satisfied customers in real-time. Heck, maybe an ambitious guy like me would end up owning multiple food trucks, employing dozens of people, and serving hundreds of customers a day. Maybe one day I could have a fancy restaurant like the ones downtown and be a beloved cultural icon, delivering great experiences to all my customers. Meanwhile, I felt like I was doing very little of anything. I walked around a very nice-looking building in a suit, listening to older people in suits argue over things they seemed to know very little about, and talking about how to spend other people’s money.

Although this experience didn’t make me want to never enter public service, it did inspire me to always understand that if I do find myself in government, my powers are granted by the governed and I should be extremely humble about that. I’m glad to say I think my senator understood that better than others.

The first thing that working for the government taught me was that itt is not a proper service provider for the vast majority of needs in society. The Founders were onto something when they posited that the government ought to be limited to securing our rights, not running society. When government takes care of the prerequisites to enforce property rights, contracts, and domestic tranquility, society builds a natural order of productive services from that foundation. Adam Smith made this insight almost 250 years ago when he asserted that individuals acting in their own rational self-interest drove the creation of a prosperous society. We have brewers, butchers, and bakers not because we asked our local legislators but because of the rational pursuit of private gain. The state rarely invents anything and every time it expands, it does so at the expense of the private sector, sapping away precious labor that could have been used elsewhere.

People seem to take it for granted that private enterprise meets most of the needs that society has, whether it be putting food on the table to providing cultural entertainment. Not only that, but it provides services in a voluntary and mutually beneficial manner. Government on the other hand is not only involuntary but also highly unresponsive to the needs of society. That is because the incentive structures for government are not aligned to produce the same level of dynamism as the private sector. This is the basic insight of public choice theory, which outlines how government agents are subject to the same human constraints as private actors. Unlike the food trucks parked right outside, the Connecticut State Assembly won’t go out of business for poor service and they don’t need to compete against other governments. Of course, they could get voted out or people can move to other states, but that is far less powerful than simply being able to go to another food truck.

Furthermore, the government has no idea whether or not the money it is spending is being used efficiently, nor does it have the incentive to care. This is the basic tenet of economic calculation. A food truck operator maximizes what he provides to society and himself by ensuring that his operation is profitable. He knows what is a good thing to sell or not to sell based on how much money it brings in. He is also intimately involved with the spending and acquisition of resources. A government official has no such guidance. It’s very difficult to understand if an infrastructure project or a welfare program is actually effective when there is not only no profit incentive but also virtually unlimited funding. That’s why the common answer to a failing program is throwing more money at it, not rethinking whether or not it’s a good idea. In fact, such projects typically invite outsized influence from politically influential special interest groups, whether it be corporations looking for handouts, labor unions seeking greater power, or various advocacy groups with concerns disconnected from the rest of society.

The main takeaway from all of this is that incentives matter. The incentive structure that governs the market is one that encourages competition, efficiency, and voluntary cooperation. The structure that characterizes government is one of complacency, political favoritism, and unilateral action. Sometimes government might be preferable to the private sector, such as protecting our universal rights. However, for the vast majority of other concerns, we would be far better off looking to ourselves for answers than running towards the arms of the state.

This article, When I Wanted to Work in a Food Truck Instead of the Senate, was originally published by the American Institute for Economic Research and appears here with permission. Please support their efforts.