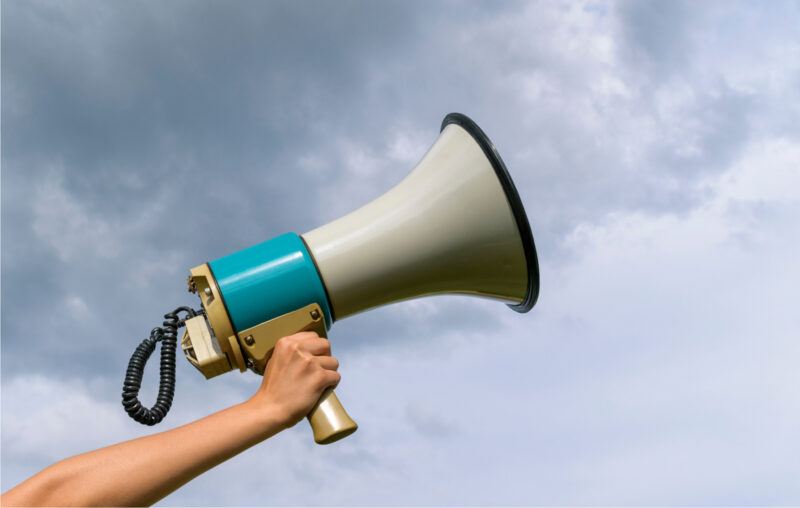 When scientist Dr. Robert Malone appeared on The Joe Rogan Experience podcast, he posited a condition called “mass formation psychosis.” Malone compared authoritarian obsession with mass vaccination to groupthink under the Nazi regime. This comparison roiled the Twitterati, who heaped scorn on Malone for spreading ‘misinformation.’

No credible group of psychologists or mental health professionals would own the phrase, much less concede that such a condition exists. Psychosis, after all, is a condition in which a person becomes disconnected from reality. But what is reality, according to many of Malone’s critics? Whatever Anthony Fauci says it is. After all, Fauci is the human incarnation of science by his own admission. You must never question him.

It is debatable whether blind faith in public health authorities and their pronouncements is a form of psychosis. But when it comes to authoritarian groupthink, maybe Malone has a point. While any fair-minded person would agree that Malone doesn’t get to make up his own disorder, wouldn’t that self-same person agree that people can fall victim to in-group psychology?

Even if the APA doesn’t need to revise the DSM – for giggles – let’s say that mass formation psychosis (MFP) is just dangerous groupthink. If those who blindly follow ‘the Science’™ are under the spell of MFP, what about those who are not under its spell?

Enter political scientist James C. Scott, who penned one of the finest passages of recent memory in Two Cheers for Anarchism:

One need not have an actual conspiracy to achieve the effects of a conspiracy. More regimes have been brought, piecemeal, to their knees by what was once called ‘Irish Democracy,’ the silent dogged resistance, withdrawal and truculence of millions of ordinary people than by revolutionary vanguards or rioting mobs.

What does Irish Democracy look like when it comes to the pandemic? You’ve probably seen it expressed as:

Some argue that this collision is a manifestation of an ongoing culture war. While that’s certainly part of the story, even some of the most strident early advocates of lockdowns and mass vaccination are starting to behave in ways that are at odds with their stated orthodoxy. Why? They’re just tired of it.

Elsewhere, I have described a process of undermining authority by unleashing uncontainable social forces: “underthrow.” Irish Democracy is proving to be a vector of underthrow against vaccine authoritarianism. As each wave of withdrawal and truculence crashes against authoritarian policies and then recedes, those policies unravel, as President Biden has discovered. The vaccine mandates lay in state at the White House, even before the Supreme Court struck the coffin’s final nail.

Likewise, parents are pulling their children out of the public schools in droves. Weary of unjustifiable closures, parents are finding private alternatives that are affordable and of higher quality. Thus, teachers’ unions and their paymasters are learning about underthrow, too. Indeed, despite the MFP accusation that ‘racism’ motivates everything, up to and including defections from schools and the Party of Rectitude, voters are simply fed up with keeping their kids at home based on paranoia and flimsy justification.

Blinded with ‘the Science’™

MFP under our construal is like an Egregore, an occult concept representing a non-physical entity that emerges from a collective. Such an entity exists because enough people believe something, creating mass psychology that seems to take on a life of its own. In this case, the Egregore forms because too many people now have a strange idea of science.

According to Matthew B. Crawford at Unherd, the MFP zombies have embraced scientism over science. Crawford writes:

The phrase “follow the science” has a false ring to it. That is because science doesn’t lead anywhere. It can illuminate various courses of action, by quantifying the risks and specifying the tradeoffs. But it can’t make the necessary choices for us. By pretending otherwise, decision-makers can avoid taking responsibility for the choices they make on our behalf.

Not if you’re under the spell of the Egregore’s MFP:

Increasingly, science is pressed into duty as authority. It is invoked to legitimise the transfer of sovereignty from democratic to technocratic bodies, and as a device for insulating such moves from the realm of political contest.

The first way to tell whether someone’s claim is scientism and not science is to note an unusual linguistic shift. This shift probably began during the climate change debates of the early naughts. During those debates, people began referring to “the Science”™ as a kind of final, impenetrable monolith. As if this weren’t enough, the monolith evolved into a deity — an authority whose knowledge is so vast that, like the God of Abraham, it is beyond doubt.

Science is, of course, a process. And scientific hypotheses must survive the slings and arrows of skepticism. Indeed, what doesn’t kill your theory makes it stronger. Rational discourse and falsifying evidence are how the scientific process plays out. If you believe in Kuhnian paradigm shifts, science is almost never settled. But notice ‘The Science’™ almost always is. This shift from healthy skepticism to arbitrary settling is fodder for the Egregore and its attendant MFP.

We could avoid a lot of useless debates and unnecessary culture warring if people understood that science and morality are, or should be, distinct magisteria. That’s because science is a domain of inquiry concerned only with questions about what is. Morality is concerned with questions about what people ought to do. While science can help us inform our moral decision-making, the process never tells anyone what she ought to do. ‘The Science’™ does, though. But ‘The Science’™ only exists among those under the spell of MFP.

Nearly half (48%) of Democratic voters think federal and state governments should be able to fine or imprison individuals who publicly question the efficacy of the existing Covid-19 vaccines on social media, television, or radio, or in online or digital publications. Only 27% of all voters — including just 14% of Republicans and 18% of unaffiliated voters — favor criminal punishment of vaccine critics.

Let’s pass over the fact that both right-wing and left-wing editorial staff, such as those who work for The Guardian, would be hauled off to jail if this group got its way. After all, about 25 percent of the country is so rabid about the pronouncements of Anthony ‘the Science’™ Fauci that they are willing to use the state’s coercive apparatus to arrest dissenters and thus the process of scientific inquiry itself.

If the Rasmussen Reports polling is anywhere in the ballpark, the Egregore is ravenous. And that’s frightening. Even if MFP isn’t in the DSM, there is at least a dangerous mind virus going around — one more dangerous than any Covid variant.

But we must never succumb to fear. Instead, we must underthrow these authorities. And that starts with our dogged resistance, withdrawal, and truculence. But maybe Irish Democracy need not be “silent,” as Scott describes it.

Maybe it’s time to get loud.

This article, When “Mass Formation Psychosis” Meets Irish Democracy, was originally published by the American Institute for Economic Research and appears here with permission. Please support their efforts.