When the President Does It, It’s Not Illegal 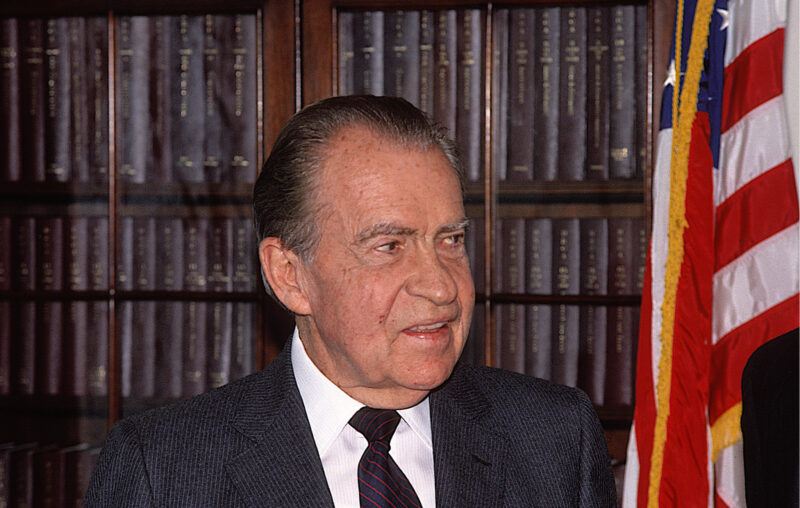 Imagine that executives from ExxonMobile, Chevron, Marathon, and Hess met together, decided that they were going to raise the price of gas, and then released a statement discussing that they were tired of being pitted against one another in a “race to the bottom,” that they had “come together and struck a bargain” such that consumers would finally pay a fair price for their gas. Consumers would be outraged, Congress would hold hearings ad nauseum, and antitrust lawyers would be salivating. This reaction would be justified. Competition is what breeds not only innovation, but competence.

But when governments do it, we’re supposed to cheer? Give me a break.

Sadly, this is the world in which we live. Earlier this month, President Biden released a statement announcing an agreement among 130 countries (representing “over 90% of the world’s economy”) establishing a global minimum tax for the world’s largest corporations of at least 15%. In other words, world leaders (or their unelected representatives) met together, decided that they that they were tired of being “[pitted] against one another,” were going to institute a minimum tax of 15% to “halt the race to the bottom for corporate taxes” so that multinational corporations would “pay their fair share,” and then released statements boasting about this as it were an achievement.

The United States has a long history of understanding the importance of competition. Even the Federal Trade Commission (FTC), itself established in 1914 in order to outlaw “unfair methods of competition” and “unfair acts or practices that affect commerce,” recognizes this. To be sure, applying these antitrust policies is fraught with challenges in and of itself (see these books by Burt Folsom and Dominick Armentano, for examples). Despite the critique of application, the spirit behind the law – namely, that businesses should not collude against the customer – makes intuitive sense.

How, then, do governments “compete?” In his 2017 book, Politics as a Peculiar Business, Richard Wagner argues that different agencies within government must compete with one another to provide services. This competition, he points out, is markedly different from the type of competition that takes place in e.g. a marketplace, but it is still competition nonetheless.

More tidily perhaps, Charles Tiebout points out in his 1956 article in the prestigious Journal of Political Economy, “A Pure Theory of Local Expenditures,” that local governments can compete with one another along the dimensions of tax rates and the provision of public goods and services to attract constituents. To illustrate this, suppose that we have two adjacent towns, A and B. Town A charges high tax rates and spends that tax revenue on projects that nobody values (such as the now-infamous “Bridge to Nowhere”). Town B charges low tax rates and spends this revenue on projects that the townspeople do value and value highly. People from Town A would likely “vote with their feet” and move to Town B. Seeing this migration, government officials in Town A would have a strong incentive to change their fiscal ways by providing valuable services paid for with lower taxes. In this way, governments compete with one another to attract constituents who, in turn, pay taxes to that government in much the same way that stores compete with one another to attract customers who pay prices. Put another way, while nobody can fully escape paying taxes, we can choose the government to which we pay our taxes by choosing where we live.

Writing in the 1950s, it’s unlikely that Tiebout could have imagined the incredibly complex, global economy that we live in today. With this development, however, his insights are perhaps more applicable and relevant than they have ever been. National governments now face competition for taxpayers the likes of which they have not seen before, as moving corporate headquarters is apparently a relatively easy task. Because of this, multinational corporations are moving their headquarters out of countries that fail to provide an adequate return for their taxpayer dollars and into countries which do.

Like businesses, governments have a few options in how they can respond: they can find ways to serve their constituents (i.e. the taxpayers) better for the price they charge, they can lower their prices, or they can collude with others in the industry to keep prices high and quality low. Unlike businesses, however, when governments choose the third option, they are celebrated as heroes.

The takeaway from this is clear: Richard Nixon was right. If the President does it, it’s not illegal.

This article, When the President Does It, It’s Not Illegal, was originally published by the American Institute for Economic Research and appears here with permission. Please support their efforts.

Putin: Oil Sanctions Will Be Europe's “Economic Suicide” On Orders From “American Overlords”