Who Owns Our Bodies? 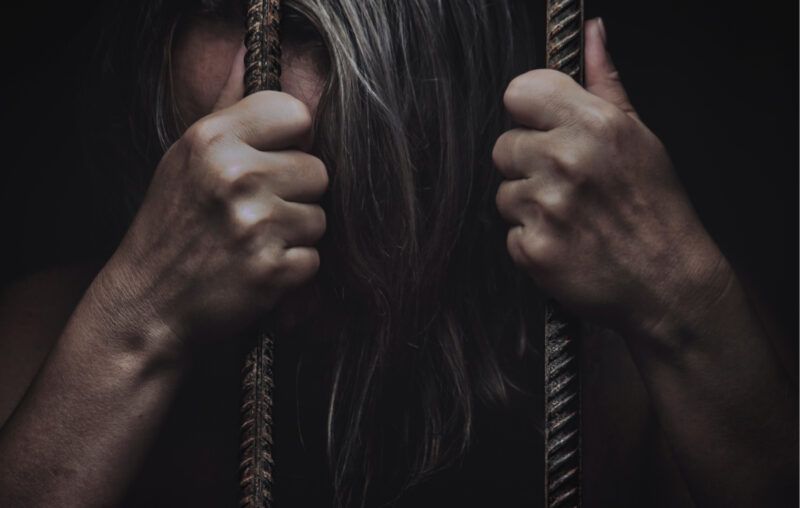 The distinguished physicist Albert Einstein was not only an unparalleled mathematician, but possessed a sensitivity to moral philosophy exceedingly rare among scientists today. In his 1954 book Ideas and Opinions, he remarked that “Science can only ascertain what is, but not what should be, and outside of its domain value judgments of all kinds are necessary.” This simple observation is one that we have not been heeding in recent years, and terrible problems stem from this blindness.

On the 9th of February this year, the distinguished economist Antony Davies posted to the AIER site an article entitled “What Economics Can Tell Us About Mandating Vaccines,” in which he argued that the right to choose whether to be vaccinated applies solely if the vaccine’s purpose is merely to protect the individual. Conversely, if the purpose of the vaccine is to protect others from infection, then it is the right of fellow citizens to require that a person be vaccinated. This claim is not only false, but extremely dangerous to civil society.

I do not claim to have the grasp on economics that Professor Davies has; my interests lie squarely inside philosophy, and I am prepared to believe that the economic analysis of negative externalities he presents in his article is correct from the perspective of economics. Nonetheless, I must question first of all what the significance of economics might be to this question, and whether his assumption that the question of mandatory vaccination “begins with economics” is well founded. It’s not at all clear, for instance, whether any starting point can be claimed on an issue such as this one, where law, moral philosophy, epidemiology, political science, and many other academic subjects converge. As such, it is vitally important to consider this issue from many perspectives, and to hear from a variety of people with differing expertise.

One of the most fascinating claims that Professor Davies makes is the suggestion that from the perspective of economics “Contagion is identical to pollution.” He suggests that factories that are “belching pollutants into the air” are equivalent to “a contagious person spreading disease in a public space.” But this looks tenuous from a philosophical perspective. Factories are property, and the air is a public good shared by everyone and owned by no one. Public spaces are generally not like the air, since they tend to be the property of some institution or person. Most troublingly, for economics to treat our bodies as identical to factories is to assert that our bodies are property – and if this is the claim, then we have to ask: Who owns our bodies?

My understanding of Professor Davies’ economic argument is that we are supposed to imagine that we own our own bodies as property, and because our bodies are merely property the government can step in on behalf of other citizens to address negative external costs in respect of our bodies. I find this a disturbing understanding of our relationship with our own flesh and blood, but let me for the sake of argument explore this understanding and see what its implications might be.

When a government expropriates property for the purpose of advancing public goods, it is obligated by law to compensate those whose property rights have been thus usurped. A simple example would be when eminent domain was used to purchase my wife’s grandparents’ house in Kentucky in order to build a new highway. Expropriation requires compensation. Therefore, if our bodies are property and the government can compel us to be vaccinated as a public good with respect to other citizens (as Professor Davies argues), it would be obligated to compensate us for this expropriation. But what would be a suitable payment for taking control of our bodies away from us?

In fact, there is no allowance in law that I know of for the expropriation of bodies in this fashion for the simple reason that such expropriation is illegal under international law. There is now a long tradition, dating back to the Nuremberg code of 1947, of ‘informed consent,’ that requires that any medical procedure requires the express agreement of the person undertaking it. This principle of informed consent has been renewed under international law repeatedly, for instance, in the landmark ruling of the InterAmerican Court of Human Rights in 2016 concerning the enforced sterilization of a Peruvian refugee in Bolivia. As a matter of international law, you cannot expropriate bodies. To do so is to violate our human rights agreements – to talk of compensation in such cases is morally repugnant.

I have more sympathy for Professor Davies’ claim that property rights are fundamental to the rule of law. But I am unconvinced by his further suggestion that if there is no justification for government involvement in expropriating our bodies, there is no justification for the government’s existence at all. On the contrary, upholding our civil rights strikes me as an excellent reason for any government’s existence, and up until the last few years it was taken as read that ‘democratic government’ necessarily entailed the upholding of the human rights of its citizens, including their right to informed consent. It is a dark and ill-considered path for those governments who wish to renege on this obligation. Such a course would invalidate the moral right for a state to govern its citizens far more than a failure to protect mere property.

Thus it cannot plausibly be true, as Professor Davies argues, that the question of whether any vaccine should be mandatory revolves around our property rights. On the contrary, the question of any medical intervention must be centered upon informed consent if it is to remain just under international law – and indeed under traditional medical ethics, at least as they were understood up until the eruption of the strange new conceptions of ‘public health’ that have been advanced in the last few years.

The day before Professor Davies’ article, Donald J. Boudreaux posted an article to AIER with a very different focus. Professor Boudreaux warns that “vaccination against Covid is today insisted upon with the same fervor that religious zealots centuries ago exhibited when insisting upon the truths of their particular dogmas.” I concur. This desire to mandate vaccination against SARS-CoV-2 is irrational given the properties of the relevant medical treatments, such as their demonstrable inability to prevent infectious spread (which, I might add, they were never designed to do, as the wording of the Emergency Use Authorization makes clear). But further, the desire to give the state the power to expropriate our bodies is the most grotesque regression in human rights legislation I have ever encountered, and it astonishes me that even brilliant scholars can be reduced to proposing support for such unjust measures.

Einstein’s book Ideas and Opinions has something else valuable to teach us about these kinds of problems:

I know that it is a hopeless undertaking to debate about fundamental value judgments. For instance, if someone approves, as a goal, the extirpation of the human race from the earth, one cannot refute such a viewpoint on rational grounds. But if there is agreement on certain goals and values, one can argue rationally about the means by which these objectives may be obtained.

Yet debate about how to achieve our public health goals is not something encouraged or even permitted under the current circumstances of media censorship that surrounds these issues. As Professor Boudreaux contends, by indiscriminately supporting mandatory vaccination measures, public health authorities risk frittering away the trust of the people whose health they are supposed to represent. Worse, the obfuscation of safety data by pharmaceutical companies leaves us quite uncertain as to how meaningful vaccine efficacy has even been claimed, as British Medical Journal associate editor Peter Doshi has cogently argued. Certainly, these treatments are not sterilizing vaccines of the kind most people expect the word ‘vaccine’ to apply to – the wording of their Emergency Use Authorization expressly testified to this fact.

This problem can no longer be resolved through any method short of Einstein’s; we must reopen rational debate about how to meet our public health goals. I am willing to hear from those, like Professor Davies, who think that our bodies ought to be considered merely property, awaiting expropriation from the government. But it will be very hard to convince me that this is a morally acceptable path for a democratic nation. The very suggestion that medical interventions ought to be understood as a question of property is a call for a new kind of civilization where rather than equal citizens, all people are merely property waiting to be expropriated. A country whose history is stained with the blood of those who were reduced to a wretched state of being the property of others ought not to take such a regression in civil rights lightly.

This article, Who Owns Our Bodies?, was originally published by the American Institute for Economic Research and appears here with permission. Please support their efforts.

The Perils of America’s Woke Military