Why China’s Aggression In Asia Is Backfiring 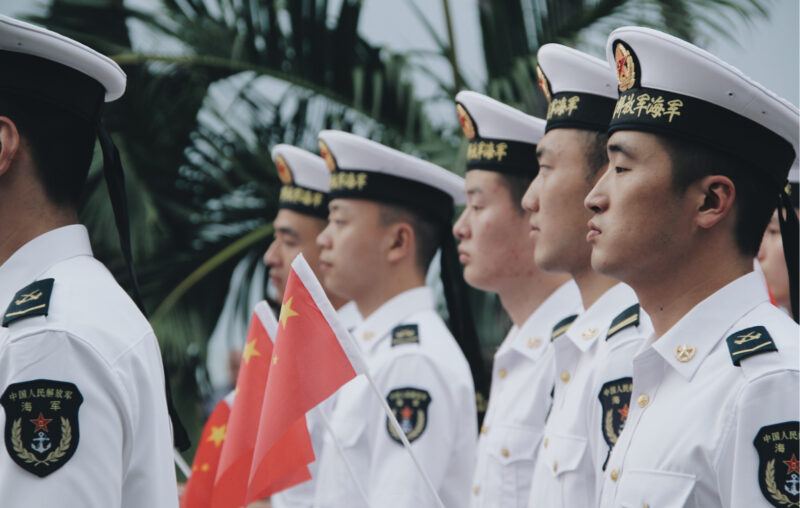 As the dominant superpower since the end of World War II, the United States has played a core role in crafting the geopolitical status quo in Asia. US state-building operations were influential in the creation of liberal democratic regimes in Japan, South Korea, and Taiwan. Furthermore, the semblance of a rules-based international order is a hallmark of Washington’s work in the region, and it has inspired other nations to become stakeholders in upholding the same values. The CCP, with its newfound strength, understandably wishes to revise the current balance of power and alter the geopolitical equilibrium in Asia to better serve its interests.

China’s increasingly aggressive behavior on the world stage might have scored some early victories, but it also alarmed its neighbors and the international community. A growing list of Asian countries seeks to contain Beijing’s ascendence to power within the region. As a result, the CCP will find it gradually more challenging to continue its path to challenge the United States for global hegemony. To paraphrase the great international relations realist, John Mearsheimer, the United States is blessed with friendly, weak neighbors to the north and south and fish to the east and west. The United States grew into a global superpower in part due to its geographic fortune, but China has no such luxury.

Why Asia Is a Tough Neighborhood

Beijing’s situation is similar to Germany’s. It shares a continent with multiple peer competitors. As we are seeing in Asia, European history involved a constant balancing act of powerful states rising and competing against one another. Historian Melvyn Leffler pointed to this key fact, arguing that China’s rise to superpower status would be an uphill battle.

China’s neighbors all present unique challenges. Even though Beijing occupies a seat of dominance on the continent, particularly in Northeast Asia, Japan does too. China’s northern neighbor and former global superpower, Russia, has a complicated relationship with Beijing. Let us not forget that the United States successfully pitted the Soviet Union and China against each other during the Cold War. To the south is India, another emerging global actor with the potential to be even more powerful than China.

Alongside these formidable neighbors, the CCP has to contend with a growing list of smaller nations that still possess considerable leverage in their own right. These include South Korea, Australia, Taiwan, Singapore, and Vietnam. The Carnegie Endowment comments on the recent shift in Vietnamese attitudes towards China by noting, “As the Chinese government has grown more assertive and pushed the envelope in its dealings with Vietnam, Hanoi has performed a delicate balancing act with very little margin for error.” The balancing act includes warming ties with the United States across all spectrums; economic, cultural, and even military cooperation.

Beijing’s maritime encroachments push countries like Malaysia and the Philippines towards the United States. Continued aggression will likely inspire more countries to seek closer ties with Washington. Although countries are apprehensive about getting involved in the United States’ rivalry with China, Beijing will experience growing resistance as its behavior becomes more disruptive to the current geopolitical status quo.

The CCP is already receiving pushback from other countries. For example, China’s historic rival, Japan, abandoned its pacifist stance in favor of increased geopolitical leadership. Japan’s newly elected prime minister expressed a desire for increased military cooperation with the United States and openly criticized China’s efforts to alter the security dynamic of Asia. He also is skeptical of Beijing’s eligibility to join the Comprehensive and Progressive Agreement for Trans-Pacific Partnership, the revised version of the former US-led trade agreement, the Trans-Pacific Partnership.

Japan’s increasing assertiveness against China is not a recent occurrence. Former Japanese prime minister Shinzo Abe proposed a four-way security partnership with America, Australia, and India in 2007 known as the Quad. The project initially went dormant, only to be revived in 2017, likely in response to Beijing. This development is especially relevant because India has historically been a country that prizes neutrality. Brookings Senior Fellow, Tanvi Madan, writes for War on the Rocks, noting,

Delhi’s receptiveness to the Quad has been seen as a litmus test of its seriousness in dealing with Canberra, Tokyo, and Washington — and Beijing. But while the idea has been on ice, in the shadow of China’s rise, India’s relations with all three countries have deepened.

Rather than crafting an Asian sphere of influence where countries yield to the CCP’s ambitions, Beijing cultivated an increasingly salient opposition to itself. Perhaps the great dilemma for the CCP is that unless Beijing agrees to relent on its aspirations, Asia will increasingly become more hostile and unified against China. Yet, a reduction in expansionism will cost the CCP, as Xi Jinping manages a set of lofty domestic mandates to advance Chinese power in the world. As a result, Beijing’s objective of establishing an Asian sphere of influence might see stiff resistance from a diverse array of nations, not just the United States. Unlike the United States, China occupies a region with fierce competitors. This presents Washington with an opportunity for a more nuanced and multilateral response that brings together diverse countries in pursuit of peace and stability in the region.

Contrary to what the CCP may have anticipated, China cannot disrupt the status quo without consequence. All countries maintain, balance, and defend their core interests regarding both national security and economic engagement. The question for the United States is whether Washington can commit to crafting a more attractive model that can capture and leverage the interests of these diverse nations. This model must unite regional stakeholders in pursuit of a free and open Indo-Pacific.

This article, Why China’s Aggression In Asia Is Backfiring, was originally published by the American Institute for Economic Research and appears here with permission. Please support their efforts.

Inflation, The Fed, And Recession: Why Financial Markets Are Struggling

Goldman Is Quietly Handing Out A “Recession Manual” To Clients