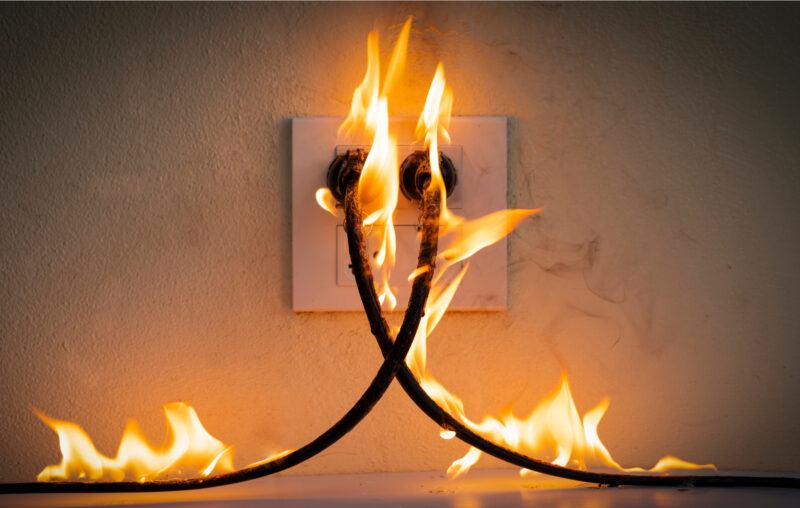 One of the worst policies a developing country’s government can make is to deprive its citizens from earning a living. Unfortunately, this is exactly what we witnessed in response to the Coronavirus pandemic that began to truly take shape in March 2020. Many people have already highlighted the enormous costs of lockdowns on individuals and businesses, but there has been scant discussion on how these policies impacted developing countries relative to their wealthier counterparts.

In developing countries, small and midsize enterprises—as well as informal enterprises—make up roughly 70% of total employment. In addition, these small and informal businesses account for more than 30% of GDP (Gross Domestic Product). For most developed countries, on the other hand, informal markets account for less than 20% of total employment and only about 9-15% of GDP. What this means is that lockdown orders affect countries differently based on the economic composition of each nation.

For developed countries, lockdowns undoubtedly imposed significant economic and health costs. Many workers in the service sector, like the food industry, for example, were left unemployed and had to rely on government stimulus checks to get them through the bumpiest stages of the pandemic. Some businesses had to shutter their doors entirely, leaving many employers without jobs as well. This is to say nothing of the severe mental health consequences of government lockdown orders.

However, richer countries are better able to flexibly adapt to such changing circumstances, even in the case of unprecedented, and some would argue, draconian lockdowns. That’s because many businesses were able to transition to remote work, a luxury many developing countries can’t afford. In a working paper for the World Bank, it was estimated that approximately 1 in 5 jobs can be performed remotely in the developed world. In developing countries, this figure stands at only 1 in 26.

As Karsten Noko writes, “[I]f the choice before you is often to stay home and fail to provide the evening meal for your family, or to brave it out into the city and try and fend for your family… I know what choice I would make.” There are numerous cases of citizens in low-income countries defying lockdown or strict stay-at-home orders just so they can earn enough to feed themselves and their families.

In some instances, these defiant stances have led to angry protests in many parts of the world. In response to these protests, many governments have issued repressive orders, such as Philippine President Rodrigo Duterte declaring that violators will be shot if seen disobeying lockdown orders. In Colombia, recent protests against a tax plan and overbearing lockdowns have resulted in dozens of casualties as police and protestors violently clash with one another.

Because governments in developing countries are more prone to corruption and are in constant fear of political unrest, they have greater capacity to abuse their authority under the guise of public health safety. For example, in Argentina, many citizens have been harassed and attacked by police.

Another reason lockdown orders have disproportionately hurt developing economies is due to their low savings rates. In general, high domestic savings rates tend to lead to higher economic growth rates. Unfortunately, since developing countries typically have lower domestic savings, it’s much harder for those countries to weather lockdowns because individuals are unable to draw upon savings to compensate for lost income. For many developed nations, domestic savings is higher, which means that these countries will fare relatively better when income is severely reduced or altogether nonexistent.

Some forecasts attribute major increases in global poverty to Covid-19, without specifying how much of the increase can be attributed to specific policy actions issued in the wake of the virus. These estimates are not themselves inaccurate, but they fail to distinguish between economic costs associated with voluntary social responses and government-imposed mandates.

Dozens of studies have shown that government lockdown policies wouldn’t even pass a cursory cost/benefit analysis, a requirement to which many U.S. government agencies must submit. It also appeared that developing countries reflexively instituted lockdown measures by merely imitating the early responses taken in more developed nations. Thus, very little calculated deliberation was conducted in countries which had more to lose through unilateral and blanket policies than better situated richer nations, like the United States, England, and Australia.

Contrary to popular opinion, there were real alternatives available other than government lockdowns. These alternatives should have been especially reviewed in developing countries, where a one-size-fits-all policy is least effective and most likely to do more harm than good. For example, it would have been wise for governments to invest early in testing and contract tracing—or at the very least, allow private actors to provide these services without onerous restrictions.

In his new book Economics in One Virus (2021), Ryan Bourne asserts that “fast and reliable tests… would have helped to overcome… the informational problem of determining who is infected or likely to be contagious” (p. 191).

Similarly, in one paper, coauthors Chowdhury and Jomo state that “If contact tracing and other early containment measures had been adequately done in a timely manner to stem viral transmission, nationwide lockdowns would not have been necessary.”

In addition, some economists have proposed more autonomy be given to local and state governments, which are more likely to implement policies that better suit the needs of people within each jurisdiction. If more resources were devoted to some of these strategies, major government lockdowns could have been avoided.

Additionally, we should embrace the prospect of rich countries selling vaccines to poor countries, which would in fact make both nations better off. Finally, vaccines should be the biggest investment governments make during a pandemic to ensure the virus halts its spread as soon as possible.

Real alternatives were available if only governments were willing to see. These irresponsible government actions are especially acute and more harmful in developing countries and among the poor because most workers can’t afford to sacrifice weeks or perhaps months of income, only to be confined to what is effectively house arrest. If we sincerely care about the poor, we must rethink lockdown policies and vow to do better next time.

This article, Why Government Lockdowns Mostly Harm the Poor, was originally published by the American Institute for Economic Research and appears here with permission. Please support their efforts.