Why Is Walmart Laying Off So Many Workers? 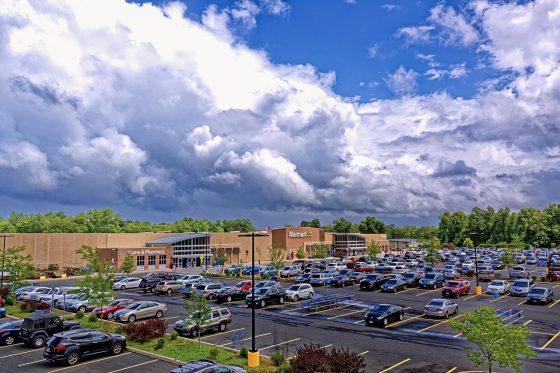 If brighter days are eventually coming for the U.S. economy, why would Walmart be so eager to lay off corporate employees?  Of course the truth is that brighter days are not coming.  Yesterday, I posted an article in which I listed 11 big companies that are laying off workers.  After I completed that article, I discovered that Walmart is also letting people go.  If a seemingly unshakable giant such as Walmart already feels compelled to eliminate jobs, what is the outlook for employees of companies that are far smaller and far weaker?

When Walmart announced that it would be laying off nearly 200 corporate employees, it rapidly made headlines all over the nation…

Walmart let go of almost 200 corporate employees on Wednesday amid the economic downturn and rising inflation, according to a person familiar with the development. The company said in a statement that these layoffs are a part of updating its structure.

Yes, they are “updating their structure” because they know that really hard times are coming.

And the projections that the company recently released confirm this…

Walmart said it now anticipates adjusted earnings per share for the second quarter and full year to decline around 8–9 percent and 11–13 percent, respectively. Previously, the retailer had predicted a 1 percent fall it had previously forecast for the full year.

“Food inflation is double digits and higher than at the end of the first quarter. This is affecting customers’ ability to spend on general merchandise categories and requiring more markdowns to move through the inventory, particularly apparel,” Walmart said.

SoundCloud will be laying off approximately 20% of its global workforce citing “a significant company transformation” and the current economic and financial landscape.

“During this difficult time, we are focused on providing the support and resources to those transitioning while reinforcing our commitment to executing our mission to lead what’s next in music,” reads a statement by a rep for SoundCloud.

Just like in 2008, the pace of layoffs is beginning to accelerate at a pace that is absolutely breathtaking.  If you missed my article from yesterday that contained many more examples, you can find it right here: “It’s Happening: Here Is A List Of 11 Big Companies That Have Announced Layoffs Within The Last 2 Weeks”.

As more Americans lose their jobs, the number of people filing new claims for unemployment benefits will continue to go up.

The number of Americans filing for unemployment benefits edged higher last week, hovering near the highest level of the year — the latest sign that the historically tight labor market is starting to cool off.

Figures released Thursday by the Labor Department show that applications for the week ended July 30 rose to 260,000 from the downwardly revised 254,000 recorded a week earlier. That is above the 2019 pre-pandemic average of 218,000 claims and just narrowly missed topping the eight-month high of 261,000 recorded in mid-July.

Meanwhile, inflation continues to spiral out of control and that is causing immense hardship for millions of American families.

According to Zero Hedge, the Misery Index in the United States just hit the highest level since 2011…

Although the White House seems to believe that things are pretty OK, the US’s misery index suggests they’re not.

June’s misery index (a composite of unemployment and CPI inflation) has risen to 12.5. That’s the highest since September 2011 when the US economy was experiencing a time of very weak job growth and economic growth following the Great Recession. At the time, the yield curve almost inverted, and there were fears of a new recession.

June’s misery index is also above the index from the 2007-2009 recession when the index peaked at 11.4 percent.

So many people are hurting out there right now.

Many Americans are working as hard as they can, but it still isn’t enough to pay the bills because inflation has been absolutely eviscerating our standard of living.

As a result, more people are falling out of the middle class and into poverty with each passing day.

The lines at our food banks are getting longer and longer, and many of those that are now showing up for assistance were once solidly part of the middle class.  Here is one example…

The first time Kelly Wilcox drove her 2017 Dodge Grand Caravan to the food pantry near her home in Payson, Utah, she immediately noticed one thing that surprised her: new models of Toyota and Honda sedans and minivans. “I saw a bunch of other people with cars like me who had kids in their cars,” she said.

The mother of four young sons didn’t know what to expect when she made an early visit to Tabitha’s Way Local Food Pantry this spring. She knew that she needed help. Her husband had lost his job. He soon found a new job as an account manager, but that wasn’t enough with inflation.

Can you identify with Kelly Wilcox?

When I was growing up, I lived in a middle class neighborhood and I went to a very large school that was packed with middle class kids.  At that time, I can’t remember encountering a single family that was truly impoverished.

But these days it seems like almost everyone is struggling.

For years I have been writing about the disappearance of the middle class.  Now we have gotten to a point where the gap between the ultra-wealthy and the rest of us is greater than ever.

One recent survey found that nearly half of the country has cut back spending on food because the cost of living has become so oppressive.

But the pain that we are currently experiencing is just the tip of the iceberg.  As I have been warning for a long time, much worse is ahead.

So please try to enjoy this summer while you still can.

Compared to what is eventually coming, the middle of 2022 is actually a time of rip-roaring prosperity.