Why Not One China and One Taiwan? 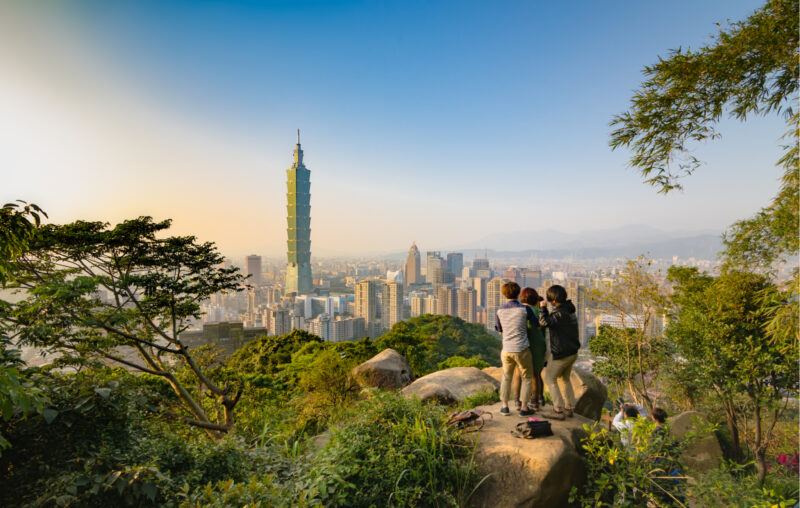 At the end of February in 1972, US President Richard Nixon visited Beijing to mark the beginning of a dramatic shift in attitudes and policies affecting the destinies of the respective regimes. Jimmy Carter ended America’s diplomatic recognition of Taiwan as the Republic of China (ROC) in January 1979, switching those channels to the Peoples’ Republic of China (PRC).

As this 50th anniversary passes, the highly-acclaimed accords and diplomatic legerdemain clearly did not resolve the realities or the opposing views on opposite sides of the Taiwan Strait. Beijing continues its diplomatic offensive to isolate Taiwan. Lithuania was recently reproached by the Chinese leadership, insisting that Lithuania support the notion of “two Chinas.”

More troubling is that in recent months Beijing has been flexing its military muscles, ramping up tensions, and giving the sense that an invasion or attack could start at any moment. Indeed, many commentators are of the opinion that Vladimir Putin’s decision to invade Ukraine, under many of the same pretenses, will embolden Xi Jinping to direct an attack on Taiwan while the rest of the world is distracted.

Despite the saber-rattling and diplomatic censures, Beijing’s claims for sovereignty over Taiwan are contradictory and incoherent. As it is, Taiwan exists as a political entity whether one identifies it as a state or not. It is worth noting that not only does Taipei have economic as well as political interactions with the rest of the world, it also engages in many of the same interactions with mainland China.

For its part, the People’s Republic of China (PRC) insists that Taiwan is an estranged province that must be reunited. In turn, the rest of the world has been placed on notice that the Taiwan issue is a matter of domestic realities, and that Beijing will brook no foreign interference in whatever happens between them.

But Beijing’s assertion that relations with Taiwan are purely domestic is absurd, and has been for at least 72 years. Once the Kuomintang abandoned the Mainland in 1949, Taiwan became a political entity under the rubric of The Republic of China (ROC). As such, much of the international community engages in economic and political relations with Taiwan, as does the PRC.

Even if one chooses not to identify Taiwan as a “state,” it has everything that every independent country has, namely a separate political administration, legal system, legislature, currency, and banking system, as well as its own defense forces and diplomatic corps.

Yet despite Taiwan’s de facto independence, the Mainland Chinese regime insists that other countries must not treat or recognize Taiwan as a separate sovereign entity.

While one can mount arguments for why Taiwan can or should or will be reunited with the Mainland, doing so raises the question of what terms or conditions in which it does so. In all events, it is fatuous to imagine or insist that China and Taiwan cannot coexist as they certainly do. Even if this situation is unsatisfactory or unacceptable to certain actors, it cannot be denied that it is necessary for there to be only one or the other.

Of course, the rulers in Taipei and Beijing once engaged in considerable bombast, declaring themselves to be mortal enemies, each claiming sovereignty over the other and swearing to extinguish the other. But until recently the Navy and the Air Force of the Mainland was not powerful enough to “liberate” Taiwan. For its part, the “wayward province” has given up any illusions about its ability to use force to recover the Mainland.

In the end, this hostile confrontation ended in 1978 when Beijing claimed to shift its goal from “liberation” to “peaceful reunification.” After the aforementioned establishment of diplomatic relations between the US and the Mainland in 1979, both parties accepted that there was only one China. However, this concession to Beijing’s claim as the sovereign of Taiwan existed only on paper, as it did not change the reality that Taiwan was a separate and distinct political entity, a point acknowledged by the Taiwan Relations Act that guides US policy on this issue.

And so it remains that there is an incoherence about Taiwan that, while it exists as an independent entity, it is not recognized as an independent country despite functioning like every other nation-state. It turns out that Beijing tacitly admits to this reality by requiring exports and tourists from Taiwan to pass customs, a formality usually required only for international visitors. It is also the case that the respective leaders meet, and there are agreements over legal cooperation and mutual investments. Meanwhile, there are many instances where the international community treats Taiwan as a de facto state even in absence of official diplomatic relations. It seems that Beijing’s own actions mean that the Taiwan issue has never only been a matter of domestic concern.

By having recognized that there were two Germanys, and there are two Koreas, and that now there are two Sudans, Beijing undercut its own assertions that unity is a guiding principle of statehood. As such, claims that unity constitutes a “core interest” of the Mainland regime rings hollow.

While Putin recently declared that Russians and Ukrainians are bound by history and blood, the leadership in Beijing has been making similar overtures about bringing their wayward brethren in Taiwan back into the flock. In both instances, both parties are willing to kill any Ukrainians or Taiwanese that fail to heed their brotherly appeals.

Beijing should learn from Moscow’s stalled blitzkrieg in Ukraine that invasion of another’s homeland and decapitation of a sitting government may not be easy, despite overwhelming advantages in terms of advanced weaponry and numbers of military personnel. As it is, nearly three-quarters of Taiwanese indicate their willingness to fight against an invasion by Mainland forces.

It turns out that maintaining the status quo is perhaps the best option for the leadership on both sides of the Taiwan Strait. For his part, Deng Xiaoping proposed a reasonable resolution by proposing a “confederation” program that would allow Taiwan to retain all its structure while accepting that it is part of China. While this might seem to have been a good compromise for both parties, Taiwan refused.

One way for Taiwan to maintain its status quo would be to reach a “no-confrontation” agreement with the Mainland. Just as Ukraine and Belarus had separate seats in the UN during Soviet times, Taiwan could join with other nation-states as part of the Confederation of Greater China.

While Deng’s proposal may seem to be a sensible resolution of the issue, there is considerable risk for Taiwanese unless Beijing abandons its aim to extend its dominance over Taiwan’s domestic or international affairs. Recent developments in Hong Kong speak volumes about the nature of these risks. As such, it is not surprising that the vast majority of Taiwanese reject the offer of One Country, Two Systems.

It is worth noting the rapprochement between Beijing and Moscow, leading to a joint declaration addressing international relations between China and Russia. China’s leadership has taken a nuanced position concerning Russia’s aggressive moves toward Ukraine. Beijing agrees that Russia has “legitimate security concerns” relating to its neighbor.

It seems that regimes are following a consistent, if contradictory, thread whereby imperial conquest is used as historical justification for staking out modern territorial claims. Given Lenin’s aversion to and hatred of imperialism, he must be rolling over in his grave as the leaders of countries with a Marxist-Leninist pedigree repudiate the Party line by pursuing what is nothing more than imperial expansion.

This article, Why Not One China and One Taiwan?, was originally published by the American Institute for Economic Research and appears here with permission. Please support their efforts.