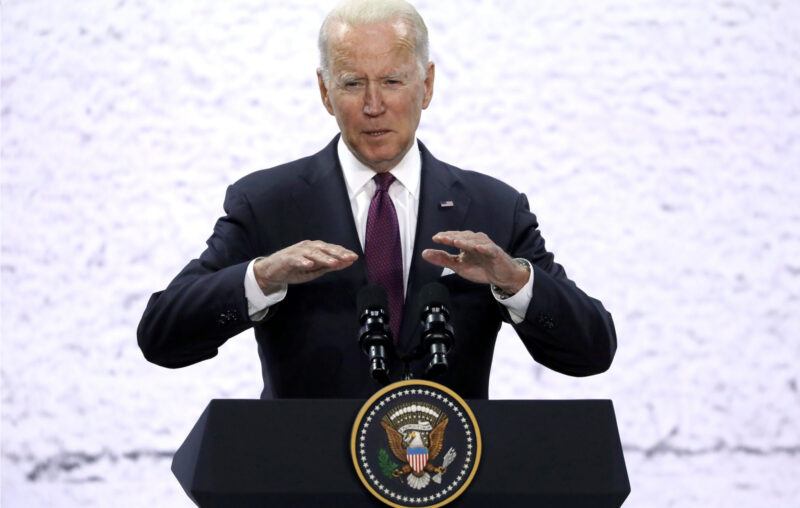 President Joe Biden’s climate goals have something in common with many science fiction movies. The future that seems so far away is in reality too temporally close to make the story plausible.

The list of science fiction movies whose dates have come and gone without their dystopian visions being realized is epic. Soylent Green was released in 1972 and was set in the far-off future of 2020. Blade Runner came out in 1982 and was set in 2019. Escape from New York, released in 1981, was set in 1997. And Terminator 2, a 1991 film, was set in 1995. In none of these examples did the future look much like it was predicted to look. New York City doesn’t have 40 million people, nor is it a prison city, nor are human-like androids running amok among us (as far as we know).

Biden’s climate goals are equally unrealistic, and for the same reason. The average time span between these films’ releases and their settings – where not one significant element of any of them has come true – is 26 years. Biden wants to cut greenhouse gas emissions in half by 2030 and achieve “a 100% clean energy economy and net-zero emissions no later than 2050.” Superficially, as with sci-fi movies, these dates may sound far in the future. But the first is a mere eight years away, and the latter is only 28 years. That’s the blink of an eye.

These numbers, of course, were chosen only because they sound good politically, not because anyone’s done a serious implementation assessment. And Biden won’t be held responsible when we miss them. He’ll be out of office by 2030, and is unlikely to live until 2050 (he’d be 108 years old).

The technological challenge is simply too great to overcome that quickly. Of course technology can radically revamp our economy in a generation, and has done so more than once. But that happens when the technology not only falls rapidly in price, but is so conducive to people’s lives that they happily adopt it on an individual basis, without the need for a political push. Two momentous examples are the adoption of automobiles and the digital transformation a century later.

But the energy economy, at least so far, operates differently. Wind and solar have low capacity factors. The capacity factor is the ratio of energy actually produced by a power plant to its theoretical maximum capacity.

The capacity factor combined with the plant’s power rating tells us how much energy the plant produces in a year, measured usually in gigawatt hours.

Figure 1, from the U.S. Department of Energy, shows capacity factors for various sources of energy.

So from this we can readily compare some hypothetical 1 gigawatt power plants. This would be a large facility, but not uncommon, and it makes the math easy. The results are shown in Figure 2.

Advocates of wind and solar like to point out that the price of solar and wind have plunged in recent years. Solar and onshore wind are now slightly cheaper than natural gas, and considerably cheaper than nuclear. According to the Energy Information Agency, the levelized cost of a combined cycle natural gas plant is $34.51 per megawatt hour, $31.45 for onshore wind, and $31.30 for solar.

And this is a highly conservative estimate because the capacity factor for natural gas plants is an average that includes the use of “peaker plants” that operate only a few hours a day. A combined cycle gas plant providing base load can operate at over 90 percent capacity.) At a capacity factor of 0.9, a 1 gigawatt natural gas plant will produce 7,614 GWh of energy, more than double a similar sized wind farm and triple a similar sized solar facility.

The cost of building out weather-dependent renewables is tremendous, which brings us up against what political scientist Roger Pielke, Jr. calls the iron law of climate change: People are willing to pay some amount for environmental goals, but there’s a limit to how much they’re willing to pay.

A second problem is the vast amount of land that will be required to gain reliance primarily on wind and solar, due to their poor energy density. As the easier to site wind and solar farms get built out first, finding places where they are politically acceptable will become increasingly difficult. As journalist Robert Bryce notes, “Land-use conflicts are the binding constraint on the expansion of renewable energy development in the US.”

To Biden’s credit, he includes nuclear power in his plan for greenhouse gas-free power production. But politically, nuclear faces fierce opposition. At best it takes around 15 years to site and build a nuclear plant due to over-restrictive bureaucratic regulation and political and legal efforts to prevent it. Generation IV plants that are much safer might – with luck – reduce public opposition, but the first demonstration plants aren’t scheduled to come online until the end of the decade. In short, there is no foreseeable future in which we build enough nuclear power in the next three decades to meet Biden’s climate goals.

Others pin their hopes on green hydrogen, but that requires the aforementioned renewable power to produce. If produced using fossil fuel energy, it’s not considered green, even though it has no greenhouse gas emissions of its own. Nor is it proven economically or technologically feasible at utility-scale yet. Perhaps in the future it will be, but the experiments are just now beginning, so between the learning process and the prospective implementation, we are still talking about a multi-decadal process.

Might Biden’s plan at last speed up our transition to a greenhouse gas-neutral future? Yes, but that is not the only thing to consider. The extra cost from trying to force change faster than it would otherwise occur is measured in resources diverted from other activities. These opportunity costs are always unknown, but can be very high. What other types of good could be done that will have to be foregone to try to achieve this goal by an artificial deadline?

This article, Why President Biden’s Climate Goals Are Fictional, was originally published by the American Institute for Economic Research and appears here with permission. Please support their efforts.