Why Size Matters, Dependency Debilitates, and Markets Must Be Left Alone 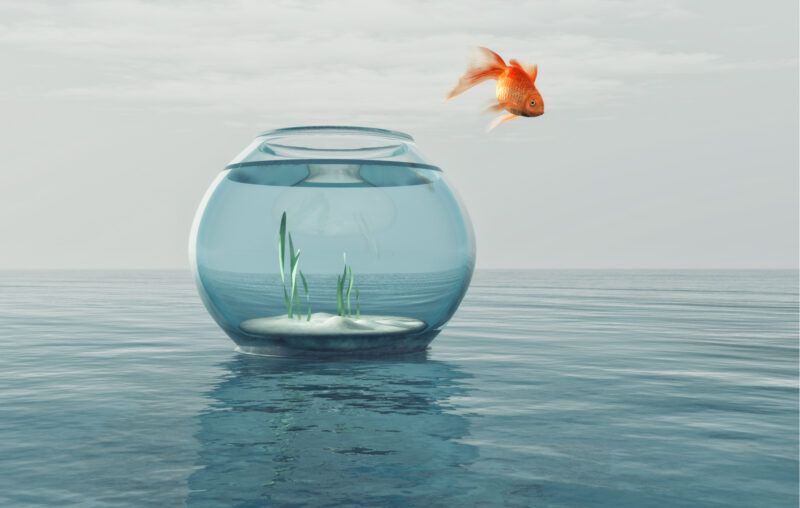 The American Rescue Plan was praised in President Biden’s State of the Union address last week, and although the unforeseen circumstances of COVID-19 prompted unforeseen measures, our eyes are now open and Americans need to detach and detangle themselves from a reliance on any future federal funds.

The mainsprings for economic growth are largely internal, brought on by the ingenuity of entrepreneurs seeking to maximize profit and potential. And history has proved this time and time again.

Conversely, subsidies, aid contributions, and grants tend to result in rent-seeking behavior which, as defined by Robert Tollison, is “the expenditure of scarce resources to capture an artificially created transfer.” And Dambisa Moyo’s book Dead Aid: Why Aid Is Not Working and How There Is a Better Way for Africa perfectly illustrates how rent seeking corrupts and cripples communities.

Anne Osborn Krueger claimed that “the existence of rent seeking surely affects people’s perception of the economic system” since it results in economic distribution being viewed “as the outcome of a lottery where wealthy individuals are successful (or lucky) rent seekers, whereas the poor are those precluded from or unsuccessful in rent seeking.”

The presence of rent seeking surely leaves the effectiveness of a free market to be left in question and it impedes economic advancement by infringing upon organic opportunities for exchange.

It is also important to note that any estimated costs associated with rent seeking are likely to be largely underestimated, as pointed out in Mark Jackson’s “Liberty and Economic Growth In Adam Smith’s Possible World,” since the opportunity costs for acquiring (or maintaining) rents are typically overlooked.

Yet, here we are in 2022 with a fourth round of stimulus checks being given consideration while calls for recurring pandemic payments are being championed. Murray Rothbard was right in noting that competition for rents will only proliferate over time.

Rent seeking results in a race to the bottom to prove an ever-present need to secure contributions, as well as power struggles at the top for increasing ties to the public purse. And such an arrangement is a dangerous situation, whereas society will become composed of institutionalized donors and dependents rather than individual producers and consumers.

So, in desiring to rebound from lockdowns and reinforce the need for human action over government interference, it may be worth revisiting development theory given that it promotes domestic-driven growth via the marketplace rather than appealing to glorified agencies for assistance.

At its peak, development theory generated prominent and competing works from Paul Rosenstein-Rodan, Hans Singer, Sir Arthur Lewis, Gunnar Myrdal, Albert O. Hirschman, and Ragnar Nurske. And although these theorists focused on the economies of less developed nations, some guidance can be gained from this realm given its diversity of thought and the desire to understand the various roles which institutions should and shouldn’t play.

While some have dismissed development theory due to the fact that empirical or ideological methods tended to be lacking within its theoretical constructs, it is worth noting that development theorists were not opposed to the use of formal modeling but rather there were limited means at that time to formalize the process.

Moreover, anti-modeling was rather common for this realm during its heyday since several within the field of economics were influenced by the works of Alfred Marshall, who avoided modeling despite being both an economist and mathematician.

This field of study required heterodox methodologies since the path to development cannot be assured by a one-size-fits-all approach. Ragnar Nurske conveyed that “economic development has much to do with human endowments, social attitudes, political conditions – and historical accidents.”

There was, however, one strategy consistently favored amongst development theorists, and that was the promotion of generating increasing returns in a diversified marketplace.

Nurske’s balanced growth theory, Rosenstein-Rodan’s big push model, and Hirschman’s unbalanced growth approach all promoted the creation of activities that led to an expansion of a market and enabled opportunities for exchange.

As conveyed by these theorists, a market’s size is dependent not on the number of people within it but the purchasing power present, the accessibility of and value derived from market linkages, and the variety of offerings available amongst industry sectors. And these theorists found economic advancement tended to occur when a country increased its capacity for incentivizing investments – – whereas ‘the key areas’ were financed so long as productivity generated increasing returns. This triggered what Myrdal called ‘virtuous circles of growth.’

Established and industrialized economies have historically and consistently benefitted from such ‘circles of growth’ and, when used in conjunction with localized strategies, people in different industries, working with advanced and readily available tools, become each other’s customers. This is why a great deal of emphasis within development studies is placed on the instrumentality of capital and skill development.

Essentially, as a nation undergoes the process of industrialization, new jobs are created, new processes are developed, and new demands are raised. And so, in the words of Jean-Baptiste Say, “Products are paid for with products” and “supply creates its own demand.”

Diversification is therefore positioned by development studies to be vital for growth since a sizable marketplace creates new patterns for raising productivity levels and spawns competition both within and between various sectors.

Conversely, a market with limited demand negates the process for competition, which is to society’s detriment since less competition equates to less options in terms of both products and employment opportunities, let alone investments for technological advancements.

What We’ve Learned and What We Need

The discoveries and insights derived from development theory made it a main contributor to the study of economics in the 18th and 19th centuries, and it also helped to expose the inadequacy of Keynesian economics when assessing structural problems faced by developing nations. As such, some development theorists took on a rather controversial stance given that the teachings of Keynes were widely supported throughout 1945-1975, having received backing from established international institutions, such as the World Bank and IMF.

Unlike Keynesianism, which promoted a greater role for the state in economic development, development theorists advocated for market forces to shape growth patterns. The state, however, was not viewed as obsolete within development theory but rather a tool to be leveraged. For instance, a common factor binding the various strands of development theory together was the agreement that a strong economic policy needed to be established by the state as a precursor to incentivize production and investment. In particular, property rights were positioned to be tantamount to economic growth.

Hernando de Soto, the influential Peruvian development economist, would later further this notion in advocating that a formal system of property rights is necessary for promoting prosperity given the ability to transform assets into capital.

Assets which are void of title or protection have been termed by de Soto as ‘dead capital,’ given that it debilitates any incentive for investing in long-term ventures and keeps owners from being able to utilize their property as collateral to secure financing options.

And so, in order to further the entrepreneurial ventures of today’s businesses, it is best for the government to safeguard property (particularly in cities that were decimated and industries that were debilitated in 2020) and allow full ownership regarding the means of operations and production (whereas producers should be granted control for maximizing what they wish to invest in and what they wish to allocate toward risk).

Free markets have improved living standards and general well-being across the globe, and so it is in the best interest of all concerned to leave ethical entrepreneurs untangled by government bureaucracy and red tape by eliminating federal funding streams that muddy waters and distort supply and demand signals.

In the words of Thomas Sowell,

It was Thomas Edison who brought us electricity, not the Sierra Club. It was the Wright brothers who got us off the ground, not the Federal Aviation Administration. It was Henry Ford who ended the isolation of millions of Americans by making the automobile affordable, not Ralph Nader. Those who have helped the poor the most have not been those who have gone around loudly expressing ‘compassion’ for the poor, but those who found ways to make industry more productive and distribution more efficient, so that the poor of today can afford things that the affluent of yesterday could only dream about.

Market growth and economic advancement cannot be granted via disbursements from institutional bodies, which is why it is time for rent seekers to be reined in. Let’s bring on the capitalists who can promote value creation and who can champion the virtues of voluntary exchange, since this will allow for not only a rebound but a rebirth of the American economic system.

This article, Why Size Matters, Dependency Debilitates, and Markets Must Be Left Alone, was originally published by the American Institute for Economic Research and appears here with permission. Please support their efforts.