Why the Money Supply Should (Sometimes) Change 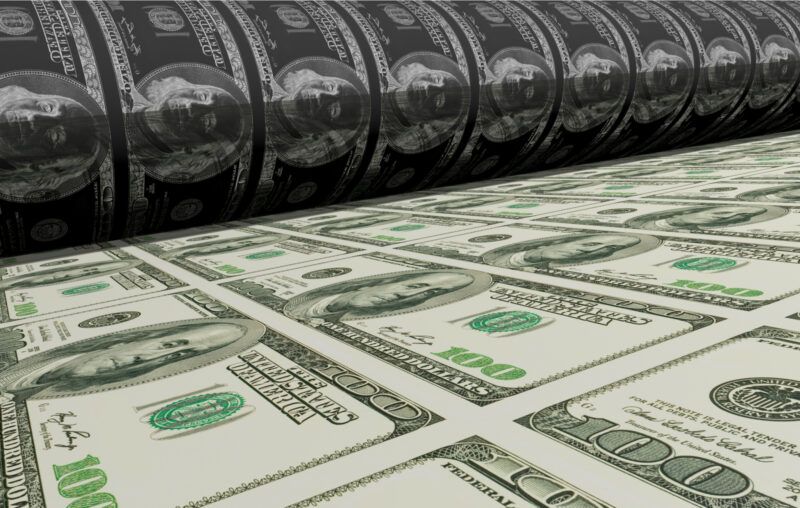 What’s the point of monetary policy? Why does the money supply ever need to change? After all, money is just a tool for making trade easier. Provided there’s enough money to make transactions, it’s not clear why we would ever need more of it. An economy’s wealth depends on natural resources, labor, capital, technology, and legal institutions, not the green pieces of paper in our wallets.

Although this view is correct in the long run, having too little or too much money in the economy results in all sorts of mischief in the short run. While economic growth might have little to do with money, the business cycle has lots.

The most important insight of price theory is that market prices convey information about relative resource scarcities. Markets are a vast communication network, with signals in the form of prices transmitted by supply and demand. Prices help consumers budget prudently and businesses produce profitably. Because their actions are coordinated by the price mechanism, the plans of producers tend to mesh with the plans of consumers.

But the market price system requires a few things to work. One of them is money, which is the common denominator for comparing lines of consumption and production. In fact, money has a “market” of its own—in addition to the money supply, it’s meaningful to talk about money demand. Be careful, though. Money demand really means how much of our income we want to hold in the form of money, or near-money substitutes such as checking accounts or debitable mutual funds. It’s not how much money we’d like to have. Think portfolio allocation, not consumption flows.

If money supply and money demand match, all is well. Prices do their job of communicating the opportunity costs of consumption and production. But what if money supply and money demand don’t match? Now we have a problem. The “price” of money, which is really just its purchasing power, must adjust to “clear” the money market, bringing supply and demand back into equality. Because money is roughly one-half of all exchanges, adjustments in the money market spill over into goods and services markets.

Think of an economy like a wheel. Various markets are spokes. The money market is the hub. A wheel can work with a few, or even many, broken spokes. But if the hub is busted, the wheel is useless. Likewise, if the money market is turbulent, market prices won’t accurately reflect real supply and demand conditions. Consumers and producers will get false signals about how valuable some resources are compared to others. And when market prices generate bad information, people make bad decisions.

We call this mismatch between demand and supply in the money market a monetary disequilibrium. Too much money creates inflation, as individuals try to spend down their excess cash balances. While the end result is a permanently weaker dollar, along the transition path, resources may get misallocated as prices rise at differential rates. Suppose, for example, that wages rise by 10 percent but the price of steak only rises by 2 percent. If these changes are driven by money supply problems, rather than real supply and demand changes, people will likely purchase more steak than they would in a well-functioning economy. And, given the cause, mispricings are likely occurring in other markets as well. The new pattern of economic activity resulting from monetary disequilibrium is an error. We’ll have to pay for that eventually, in the form of costly readjustments in wages, prices, and supply chains.

Likewise, too little money causes an unnecessary recession. As households seek to rebuild their cash balances, businesses experience falling sales. Misinterpreting this as decreased demand, they lay off workers and reduce output. The dollar eventually strengthens, the adjustment process ends, and the economy returns to “full employment.” But we had a costly and unnecessary recession in the meantime.

Of course, how well our monetary institutions function is an empirical question. Historically, the US Federal Reserve has been quite bad at its job. However, the Fed’s poor performance doesn’t invalidate the desirability of having some institutions that can do the job well.

In the long run, the money supply isn’t that important. But in the short- to medium-run, it’s pretty important. There are good reasons for the money supply to change. Don’t let the Fed’s ineptitude distract us from the fundamental economic tension created by money.

This article, Why the Money Supply Should (Sometimes) Change, was originally published by the American Institute for Economic Research and appears here with permission. Please support their efforts.