Will Google Ever Lose Its Monopoly? 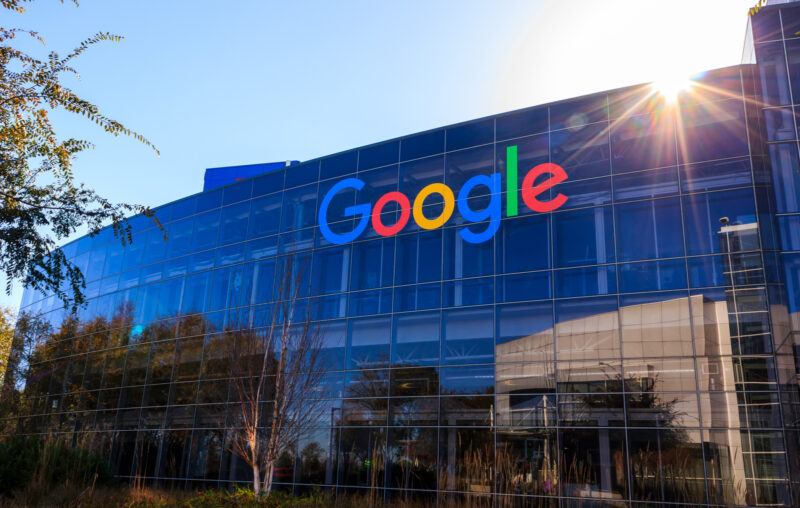 Google (excuse me, Alphabet) doesn’t have a monopoly.

Not by any sensible definition of the word. Is Google the only way to “search” to find information? No, there are libraries full of books, and there are other people, many of whom know things.

Is Google the only way to communicate with a distant person? Again no, there are other email providers (Outlook, Proton, etc.), cell phones, landlines, regular face-to-face interaction (if you can imagine that), hand-written snail mail, shouting, and smoke signals.

Is Google the only browser? No, it’s just the preferred browser.

Try this logic on any of the other myriad services (i.e., YouTube) Google offers. The results are the same—substitutes, though generally perceived as inferior, abound.

So, let’s modify this question: “Will Google ever stop being a really big, dominant firm?”

A Trip Down Memory Lane

The title of my piece is but one word different from an essay published in The Guardian in 2007. There, Victor Keegan mused on whether MySpace was an unstoppable juggernaut. “If it were a country,” Keegan noted, “MySpace would be the seventh biggest, ahead of Russia and Bangladesh.” About a year later, Facebook overtook MySpace as the social media platform with the most users. This past spring, I asked my Econ 101 students how many of them had heard of MySpace. About half raised their hand.

It’s important to consider why some thought MySpace impregnable because there are important parallels to Google. It wasn’t merely that MySpace was “big”—the history of the U.S. economy is a graveyard of big, even giant, firms, all once thought unassailable. Their name is Legion—A&P Grocery, Sears, Blockbuster, and let’s toss in Google’s failed social media platform, Google+, for good measure.

MySpace, like all social media platforms, had elements that made it a “network good.”

Network goods gain in value with the number of people using them. Once, a friend began bragging to me that his home across town was particularly special. “You see,” he explained, “it was the first house in town to have a telephone.” Even at the time, I distinctly recall a creeping sense of bemusement. “They must have been calling someone out of town,” I remember thinking. I only wish I’d said it, but ten-year old’s aren’t good at comebacks.

If the world had only one telephone, it would be worthless (at least in its intended use, perhaps not as a lousy anchor in a tiny boat). The more people who have access to a telephone, the more valuable any individual telephone becomes. Clearly, it’s the same way with social media platforms. When it’s just you and Tom (evidently, half my students won’t understand that reference), MySpace is a lonely place. Why log in?

But this logic works to enhance a network good’s value too. There’s a self-perpetuating, virtuous cycle associated with MySpace gaining more users. With every additional member, MySpace becomes more attractive, and it’s not necessarily a linear relationship either. Perhaps there are “tipping points”—thresholds where MySpace becomes sufficiently attractive that membership “avalanches” occur. People start joining en masse since, well, everyone is doing it.

The upshot is that producers of network goods possess a significant first-mover advantage. MySpace was the first of its kind; it started what we now call “social media.” Therein lay its supposedly invulnerable position. Any upstart, would-be rival would necessarily begin with zero users. Any upstart, would-be rival would therefore be less enticing to potential users. It would never catch up.

Yet, such an argument proves too much. How did even the first social media platform get started if these network dynamics are so powerful? Who was Tom’s first friend? (You can probably look this up—on Google).

Obviously, you know how the story ends. Facebook not only overtook its rival but very quickly proceeded to bury it unceremoniously.

That’s how markets work. All producers are compelled to serve the fickle whims of consumers. It might appear as if firm managers, or perhaps a firm’s owners, determine what a firm produces. To an extent, that is true. But if the owners wish to remain a going concern, they will do so only by satisfying consumer preferences at a lower cost than rival producers.

The beauty of this simple logic is that it applies even in the face of so-called “entry barriers.” It’s true that possessing network characteristics and being a first mover is an entry barrier. But there is nothing metaphysically sacrosanct about entry barriers—they’re simply an obstacle that must be overcome for an action to be successful. In other words, there are “entry barriers” (of sorts) associated with taking any action because every action incurs costs. Those costs are barriers. Successful actions are the ones yielding benefits greater than the costs.

What’s more, entry barriers, in the traditional sense, exist precisely because a firm is providing value. For instance, sometimes brand loyalty is cited as an entry barrier. But brand loyalty merely reflects consumers’ perceptions of the value they receive.

All that the MySpace first mover advantage meant is that, for a rival to overtake it, said rival would have to be that much better to succeed. For Facebook, these barriers were far from insurmountable, even in the social media space where they were conceivably substantial.

But there’s another type of entry barrier I haven’t mentioned: those created by government. These barriers differ in their “welfare” attributes relative to those arising in markets. They’re not a consequence of a firm providing value. And yes, tech companies seek such special privileges, usually in the form of regulations that disproportionately impose costs on small firms. Europe’s recent GDPR privacy legislation is a good example.

In fact, such barriers likely represent Google’s best hope of stymying markets’ eroding tendencies. Yet, even here, the phenomenon of “evasive entrepreneurship”—business venturing that skirts or outright flout the rules—can undermine entrenched rent-seekers. Uber, which shattered the taxi unions’ stranglehold on transportation, is the best recent example.

Public discourse around these matters tends to exhibit a presentism, a “this-time-is-differentism.”

For some reason, while giants like A&P Grocery or MySpace have been discarded on the market’s trash heap of failed firms, Google is just…different.

The first-mover advantage is no silver bullet, nor is it clear that network effects would even be as strong for Google as for other digital firms. They do exist since more people using Google generates more information, which (may) make Google more valuable to use. Yet, Keegan noted in his 2007 piece, “It is easy to change search engines, even if it is Google. But if you change social networks, you not only have to move all your videos, audios, messages, and photos elsewhere but you also lose your network of friends unless they migrate with you. MySpace won’t make that easy.” Displacing Google? Simple, says the 2007 Keegan, compared with dislodging a social media platform like Myspace.

Does Google’s exceptionalism reside in how it buys up potential rivals and “shelves” their technology? That behavior is an indication that those innovators did not perceive their invention as being sufficiently superior to Google. They’re happy to take a buy-out rather than go head-to-head with Google. And when a truly great invention comes along, we’ll know because they’ll refuse Google’s offer.

The “unseen”—the economic—angle would also ask: How many new businesses were created because of Google’s platform, search engine, advertising capabilities, or other services? Ultimately, that’s an empirical question, and somebody should try to roughly crunch the numbers if no one has.

What about because Google is a platform on which digital rivals must first live, move, and have their being? This is dressed-up “first-mover” logic again. Yes, it’s an entry barrier; no, it’s not insurmountable. Again, the barrier exists due to the value created.

To acknowledge these points, one need not like or approve of everything Google does. I don’t. But what company would that be true of for most of us? Rather, recognizing these ideas is a way of saying that Google, like all of us, faces constraints. When someone else begins satisfying consumer preferences relatively better, Google is toast. Markets will see to that. And history attests to it.

In turn, such a conclusion ought also to temper enthusiasm for the bluntly wielded policy instrument of antitrust. More often than not, antitrust makes markets less competitive, not more. It favors big firms at the expense of small upstarts. It punishes the winners of market competition, contestants who have proven their ability to satisfy consumer preferences at a low cost. It diverts resources to the political process. In short, it has an ossifying effect on the very markets people already believe to be calcified.

When Google fades into the history books, it won’t likely be due to actions taken in Washington. It will be due to the foresighted behavior of someone somewhere digitally tinkering in a garage.

You know—the way Google did it.

This article, Will Google Ever Lose Its Monopoly?, was originally published by the American Institute for Economic Research and appears here with permission. Please support their efforts.