Will the Fed Do Enough to Bring Down Inflation? 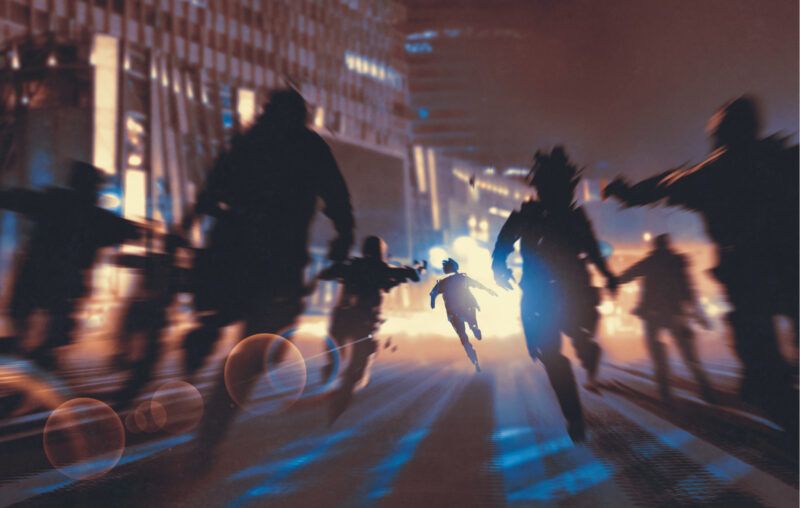 Inflation climbed even higher in November, new data show. The Bureau of Labor Statistics reports that the Consumer Price Index (CPI) grew 6.8 percent from November 2020 to November 2021, up from 6.2 percent year-on-year in the previous month. The CPI has grown roughly 4.1 percent per year since January 2020. It is currently 4.0 percentage points higher than it would have been if it had grown 2 percent over the period.

While some economists continue to insist that all is well, those who have predicted persistent, high inflation all along are starting to take a victory lap. My own view falls somewhere in between. Monetary policy has not been an unmitigated disaster. It has been too loose, though. The Fed should tighten policy, and has signaled it will. But I doubt it will act boldly and swiftly enough.

There is no denying that supply constraints have hampered production. We have seen container ships stuck at port, waiting to be unloaded. Workers have been slow to return to jobs, perhaps due to fears of future variants, the uncertainty of childcare, or the wealth increases they’ve realized over the course of the pandemic, which helps them afford to stay out of work a little while longer. Travel restrictions have made it harder to run global businesses and employ foreign workers. And so on. And so on. All else equal, lower real output means higher prices.

Monetary policy has not been perfect, but it could have been much, much worse.

It is not easy to conduct monetary policy well. Real-time data is limited. The Fed must rely on data that is a month or more old––and forecasts based on that data. If you don’t know precisely where you are, it is difficult to know how far you need to go. Moreover, monetary policy is subject to long and variable lags. Since the full consequences of today’s policy decisions might not be realized for months, it is difficult to assess how much more or less needs to be done in a month’s time.

The global pandemic and corresponding restrictions on economic activity were unprecedented. The Fed could not have known the extent to which they would affect the demand for money and, hence, how much it should adjust the money supply. Perhaps it did the best it could with the information it had. And, through the third quarter of 2021, the data suggested it had done reasonably well. Inflation was a bit high, but this was arguably due to supply constraints: nominal spending had merely returned to its pre-pandemic trend. It had not let the bottom fall out, as it had in 2008. It had not launched the economy into the stratosphere either, though. The CPI did not exceed a 2-percent growth path projected from January 2020 until March 2021.

In the last few months, however, the situation has changed. Early data suggests nominal spending will greatly exceed its pre-pandemic trend in the fourth quarter of 2021, meaning much of today’s inflation is demand-driven. But the Fed has been slow to change course. Prior to Powell’s pivot on November 30, Fed officials continued to insist all was well on the inflation front. Although they now recognize inflation is a problem and claim they are willing to take steps to reign it in, they should have reached that position sooner.

There is cause for concern.

Alas, there is little reason to believe the Fed is so committed.

But it is actually worse than that. The Fed appears to be interpreting its average inflation target in such a way as to remove the need for inflation to come in below target in the future. Powell has recently suggested dispensing with the term transitory. This suggests Fed officials are willing to permit prices to remain high even after supply constraints subside, so long as the rate of inflation returns to two percent. Rather than seeing inflation average two percent over time, it will see inflation average two percent over some period of time. That’s a big difference.

Taken together, this means that the Fed looks likely to (1) permit demand-driven inflation today and (2) refuse to offset it in the future, even though this course of action appears to be inconsistent with its Statement on Longer-Run Goals and Monetary Policy Strategy.

Despite all of this, some economists remain unconcerned. So long as the nominal spending overshoot is limited, they say, there will be little effect on the trend rate of inflation.

I am far less sanguine. The average inflation target was adopted to permit the Fed to look past real shocks while anchoring long-run inflation expectations. If the Fed fails to offset today’s demand-driven inflation, which seems likely, it further undermines its credibility. Inflation expectations could become unanchored, making it even more difficult for the Fed to conduct policy well in the future.

I hope those unconcerned at present are proven right. But that will not happen if the Fed approaches the problem with their apparent indifference. The Fed must act boldly and swiftly to course correct. Otherwise, inflation expectations could become unanchored––leaving the Fed to choose between restoring its credibility by engineering a recession or tolerating high inflation in perpetuity.

This article, Will the Fed Do Enough to Bring Down Inflation?, was originally published by the American Institute for Economic Research and appears here with permission. Please support their efforts.