Woke Capital Is Destined to Become a Relic 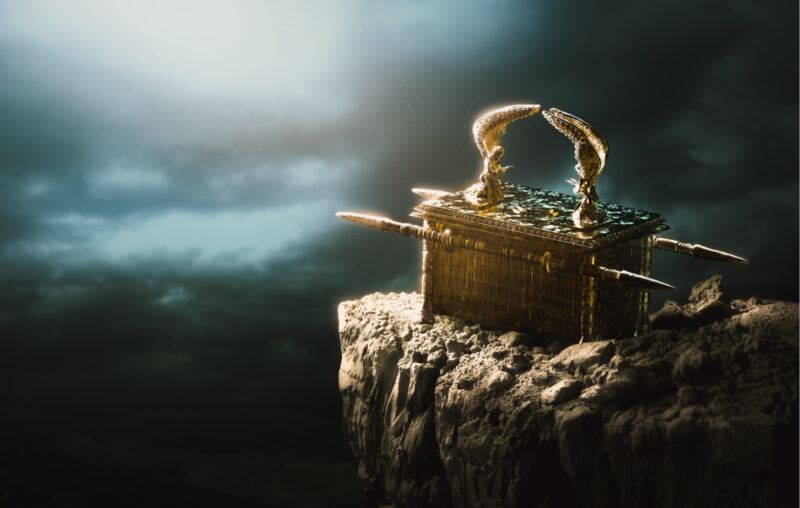 In a market economy, consumers vote with their dollars. The survival and growth of a business depends pivotally upon how effectively they convince customers to buy their products over those of their competitors. But recently, consumers seem to expect a new product in addition to what they were already purchasing from firms: corporate consciousness. In particular, a decidedly left-leaning consciousness.

But it’s not entirely accurate to claim that consumers have compelled businesses to “get with the times;” more precisely, the sensibilities of the public, have mostly through the media and polling, bled into corporate board rooms. Big businesses have in turn doled out value statements; some are praised, others pilloried. It’s a chicken-or-egg case: did the consumer demand woke capital, or has the corporatist, desperate to maintain market share and boost public perception of their firm, made woke capital the law of the American economy?

A New Twist on an Old Saw

In reality, woke capital is nothing new––though it has undergone many transformations and changes of name over the years. On the individual level, early industrialists like Andrew Carnegie and John D. Rockefeller engaged in corporate philanthropy, donating large shares of their fortunes to charity. In the 1940s, businesses themselves started supporting charitable causes.

The idea of corporate social responsibility entered the mainstream in the 1970s when the Committee for Economic Development pushed the “social contract” model, stating that businesses function as a result of public “consent,” thus leading to an obligation to serve societal needs. (This also ties to the rise and spread of stakeholder theories, which today no MBA program would dare omit.) That same model outlined three duties of businesses: providing jobs and economic growth, fair and honest treatment of workers and customers, and improving the conditions of the surrounding community.

The present ascendance of woke capital, then, has been less of a rise and more of a continuation––a twist, really––on existing tendencies. The contemporary culture war has only served as a catalyst. A 2020 Spectator piece reads,

As the Democratic party and cultural elites have lurched left on cultural issues, corporate America has lurched along with them. America’s ‘reckoning with racial injustice’ in the past three months was enthusiastically endorsed by major corporations, often even as their physical outlets were plundered by the ‘mostly peaceful’ activists on the street….As capital aligns with the cultural left, it is now extracting its concessions.

It wouldn’t be so unpalatable if it weren’t rife with hypocrisy. This, ultimately, is the cardinal sin of woke capital: lofty moral standards, selectively applied. In one of the earlier discussions of the woke capital phenomenon, which appeared in The New York Times back in 2018, columnist Ross Douthat pointed out the folly in Apple’s value statements:

It’s worth noting, for instance, how Tim Cook’s willingness to play the social justice warrior when the target is a few random Indiana restaurants that might not want to host hypothetical same-sex weddings does not extend to reconsidering Apple’s relationship with the many countries around the world where human rights are rather more in jeopardy than they are in the American Midwest.

Douthat’s concerns proved prescient as the turmoil of last summer––largely centered on the deaths of George Floyd and Breonna Taylor and the ensuing Black Lives Matter protests––came to a head. In 2020, no less than two-thirds of S&P 500 companies released statements of solidarity with the movement; a smaller share, 36 percent, contributed funds to racial justice organizations.

Nike and The Washington Post, among other employers, gave workers Juneteenth off as a paid holiday. Companies participated in #BlackOutTuesday, posting just a black square to their social media accounts. Managers assigned left-wing political texts to employees. JPMorgan Chase CEO Jamie Dimon dropped by a Chase branch to take a knee with staff in support of racial justice protests (and, it seems, could not resist taking advantage of the photo opportunity).

The immediate aftermath of these actions was characterized by confusion and skepticism alike. Black employees of many companies that had sprung into activist action found the messaging inconsistent with their personal experiences, speaking to poor racial climates and difficulty in climbing the career ladder. Nearly one year later, investor groups are still pressuring banks and industry giants to support shareholder resolutions that will hold them to proof of progress measures. Though Fairness & Accuracy in Reporting (FAIR) disagrees with the premise of “woke capital,” it nonetheless concedes that “many corporate overtures to diversity, racial justice and progress are marketing gimmicks that don’t actually address structural economic inequality, and, at worst, are meant to distract from any kind of class reckoning.”

One such blunder came in the form of the McCann ad agency’s Black Lives Matter blunder. In early June, the firm asked artist Shantell Martin to paint a BLM mural on the storefront of McCann’s client Microsoft. The email specifically requested that Martin finish the piece within a few days, “while the protests are still relevant.” Martin teamed up with other black artists who had been approached by McCann, eviscerating the agency in a letter that decried the disingenuity of activism with an expiration date.

With all that in mind, it must be said that not every business simply postures for the sake of posturing. In the early days of corporate social responsibility, Milton Hershey of The Hershey Company built far more than just production facilities in Hershey, Pennsylvania; he built civic centers and cultural institutions that continue to support the community to this day. And in the woke capital era, plenty of organizations have taken up the helm of well-intentioned, effective societal change. Chobani, a leading Greek yogurt brand, has made tangible steps toward social responsibility––from actively seeking to hire refugees to investing in social entrepreneurs in order to encourage innovating for the greater good, Chobani’s impact statements are far more than just platitudes.

Yet these examples are, in many ways, the exceptions rather than the rule. Far-reaching social and political turmoil has prompted businesses to feel as though they must comment on current issues, but that talk has hardly translated into any meaningful change. Social change is expensive––and woke capital is difficult to back––and as such, few businesses have put their money where their mouth is. That voluntary, cooperative commercial engagement is a center of gravity for civilization itself has not occurred to them, or doesn’t make for a flashy enough campaign.

An issue with decidedly larger implications is whether or to what extent corporate management decisions made along political lines will impact potential uses of capital. Ludwig von Mises, in his writings about economic calculation, noted that private property in the means of production, and subsequently money prices established for those capital goods,

provide…a guide amid the bewildering throng of economic possibilities. [They] enable us to extend judgement of value which apply directly only to consumption goods––or at best to production goods of the lowest order––to all goods of higher orders. Without it, all production by lengthy and roundabout processes would be so many steps in the dark.

A large number of economically significant firms deciding to sell important assets, engage in select transactions, or limit their investments exclusively to projects managed by and firms owned by minority citizens or women may seem innocuous. And in some cases, it likely is. But to the extent that such transactions are appreciable and done in ways which preempt or confound market processes (which is to say, if they are done at prices which do not reflect the actual subjective valuation of market participants at a point in time) they will likely result in less rational allocations and overall losses of efficiency in the economy at large.

Though consumers seem on balance to prefer activist firms, companies largely miss the mark. A 2018 survey covering 35 countries showed that 64 percent of consumers would gladly reward firms engaged in activism of some type––proving that corporate consciousness has become an essential part of many companies’ bottom lines. However, a 2020 opinion poll conducted by Gallup in the United States indicated that public confidence in big business was laughably low. Only 19 percent of respondents reported having a “great deal” or “quite a lot” of trust in large firms. Sentiments have been tepid for decades now, with confidence lingering around the 20 percent mark since the early 2000s. And the leftward shift of business has especially alienated Republicans, with their satisfaction with big business falling to 31 percent––a 26-point decline since 2020.

Whether corporate America’s commitment to woke capital will last remains to be seen, but one questions who truly prefers this state of affairs. Companies feel obligated to offer value statements to their customers, despite often having records of conduct contrary to the socially acceptable view; consumers sense the game being played and accordingly, chafe. Structural changes, most of which involve more opportunities and less state interference, are desirable and attainable, and the lack of genuineness here suggests unsustainability. Rather than a sign of the times, the embracing of woke capital may simply come to be a relic of the times.

This article, Woke Capital Is Destined to Become a Relic, was originally published by the American Institute for Economic Research and appears here with permission. Please support their efforts.