Yes, Supply Problems Can Cause Inflation 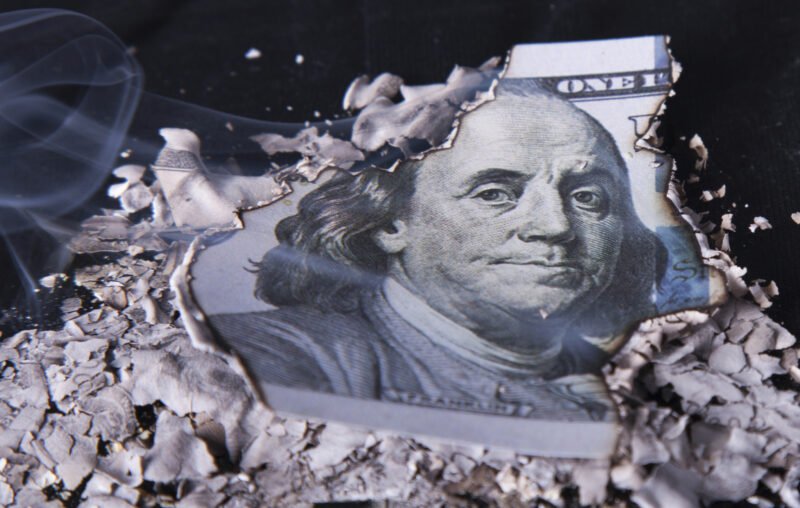 Can supply problems cause inflation? I think so. Some economists don’t. They insist inflation, a general increase in prices, can only be caused by monetary expansions. At first, their argument seems strong. But it forces us to accept absurd conclusions, so I reject it.

To be clear: I’m not asking whether supply problems are driving current inflation, which is at a 40-year high. While I think there are some lingering pandemic bottlenecks, not to mention the ongoing troubles in Eastern Europe, recent data suggest demand has surged. At the same time, GDP fell at an annualized rate of 1.4 percent during the first quarter of 2022. No doubt we’ll debate the relative importance of aggregate demand and aggregate supply for some time. That’s not what I want to focus on here. Instead, I’m asking about the theoretical possibility: can difficulties with general productive conditions cause prices in general to rise faster than they would otherwise?

Monetary-inflation-always economists start with good definitions. They distinguish inflation from relative price changes. The latter are due to resource allocations in specific industries and sectors—in other words, supply and demand. The former are due to general dollar depreciation. Conceivably, we could have inflation without any relative price changes. Imagine all prices (including wages, asset values, etc.) in the economy double. The purchasing power of the dollar would be cut in half, but the price of any one good in terms of any other doesn’t change. Voila, pure inflation.

Supply shocks, the monetary-inflation-always economists recognize, affect relative prices. If oil suddenly gets more expensive, other goods (ones that are more energy-intensive to produce) will get more expensive, too. However, this leaves households with less to spend on other goods, because their budget constraints haven’t changed. Markets in which households decide to cut back will see a fall in demand. Thus the supply shock causes some prices to increase, but others to decrease. While relative prices change, the general price level should not. If supply shocks show up in inflation, it’s simply a quirk of how we measure it. Only demand-side problems—namely excessively loose monetary policy—deserve the inflationary label.

First, if we accept the standards of the monetary-inflation-only crowd, anything that causes relative prices to change must not be inflationary. Yet clearly that is wrong. If economy-wide productivity falls (or grows more slowly), prices (or inflation) will rise. This macroeconomic effect is perfectly compatible with the microeconomics of many relative price changes. While distinguishing between real and nominal shocks is a good thing, there‘s no reason to assume a priori that the former solely cause relative price changes whereas the latter solely cause general price changes.

I agree that the distinction between relative and general prices is very important. Milton Friedman made this difference central to his subdivision of economics into price theory (microeconomics) and monetary theory (macroeconomics). The theoretical difference between relative price changes (with the dollar fixed) and general price changes (with relative prices fixed) is quite helpful for doing economics. But if we make our definitions, such as the definition of inflation, too dependent on theoretical categories, we run the risk of obscuring our explanatory power with model-mongering.

Second, nominal shocks, such as an unexpected change in the money supply, can distort relative prices. We aren’t restricted to general price changes just because the initial disturbance occurred through a dollar-denominated variable. Economists frequently assume monetary neutrality (the money supply doesn’t affect real economic activity) or superneutrality (the growth rate of the money supply doesn’t affect real economic activity) in our models because it helps us focus on the parts of the economy that interest us. But don’t confuse the model world for the real world. Monetary policy always has some relative-price effects. Obvious examples are changes in interest rates, exchange rates, and asset prices. These effects, called Cantillon effects after the economist who first wrote about them in the 17th century, are typically small. But small isn’t zero.

I find it more fruitful to think about inflation as a reduction in the dollar’s purchasing power, regardless of the cause. Of course, easy money can cause inflation. But so can production problems. If a general price index is going up, it’s inflation. It doesn’t matter whether the cause of that increase also messes with relative prices. The dollar weakens just the same.

The purpose of economic theory is to do economic history. This includes contemporary economic history, of which policy analysis is an important part. We use models, mathematical or otherwise, because they help us understand the real world. Let’s not define that world out of existence. Supply problems can, in fact, cause inflation.

This article, Yes, Supply Problems Can Cause Inflation, was originally published by the American Institute for Economic Research and appears here with permission. Please support their efforts.