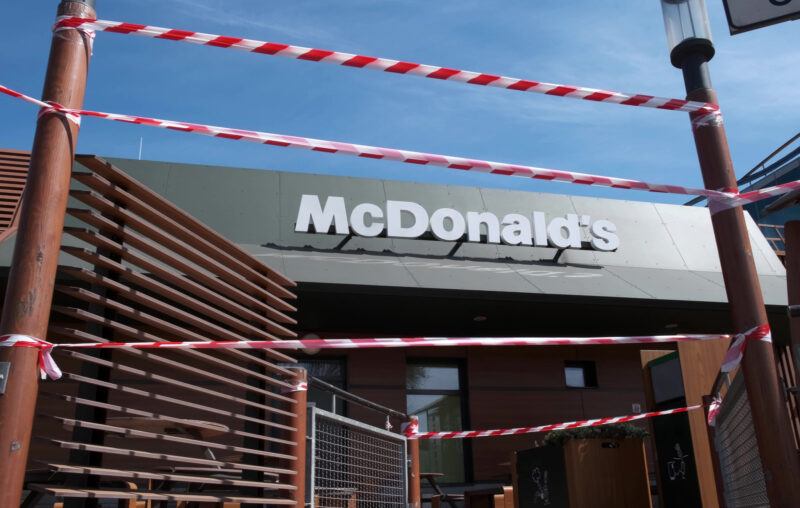 AB 257 is one step closer to becoming law in California. It sailed through the Senate Appropriations Committee on August 11, and will soon be put to a vote on the Senate floor.

It would create a government-appointed state council, plus local councils, to impose standards for employment issues governing over half a million workers in the fast-food industry. It would also extend liability for compliance to franchisors for chains with 30 or more franchises. Both are at the top of unions’ Christmas list requests from the Democrats who control California government, as a means to leverage the industry into widespread unionization.

There are many reasons to question the claims being made. But you can’t even get past the title before anything beyond a cursory glance reveals serious problems.

AB 257’s title is intentionally misleading, as it does not suggest its real purpose (increased unionization now rejected by workers). When does such misrepresentation, however common it may be, make citizens better informed or lead them to support better policy? Such an approach would be taken to court by the FTC if it happened in the private sector, where false advertising is actionable, unlike when public policy is being discussed.

It is named the Fast Food Accountability and Standards Recovery Act (FAST Act). That title implies insufficient accountability and standards in the industry now, and its acronym suggests that it would lead to faster economic recovery. And both are “look over there” or “squirrel” distractions from the real intent to advance the union agenda.

As to the first, Leena Mann, owner-operator of three Sacramento-area franchises, noted that “If employees have any issues, they have current resources like Cal-OSHA, the Department of Industrial Relations.” In addition, “they also have a Labor Task Force for any issues. We are already in compliance with these agencies.” And as Shanna Shere wrote in the Orange County Register, “The bill’s proponents cited inferior working conditions in the counter-service restaurant space as the reason they’re pushing AB 257. However, the state’s own data does not support that rationale.” Further, if that were the real issue, “They would instead be urging the Legislature to fully fund, rather than slash the budget, of the Department of Industrial Relations and would be imploring the state to fill vacancies and speed up the review of cases.” In other words, there is already a great deal of government oversight and regulation, funded half-heartedly and done poorly. That is an argument for government reforms to enforce laws that would benefit employees and those they voluntarily deal with. It is not an argument for imposing more government regulations, much less regulations designed to force franchise employees to unionize when they are not now willing to do so.

As to causing faster recovery, for employers to be forced to pay higher costs may masquerade as a source of recovery, as is done when bill promoters only say “employees will be paid more, and that income will stimulate the economy.” Every dollar of such “stimulus” comes out of employers’ pockets, resulting in no net stimulus. Further, higher costs that lead to higher prices in an industry, without equivalent value being provided to buyers, will reduce the goods and services provided by the industry. So from society’s perspective, such a “stimulus” actually produces the opposite effect.

In addition, such “free money for workers” claims ignore a widely known fact of fast-food franchising—low profit margins, resulting from the highly competitive nature of the industry. With little room to absorb extra labor costs, higher employer costs will be largely passed on to customers, rather than just imposed on franchisees. Honest evaluation of such a policy cannot then ignore the damage (and opposite of stimulus) imposed on those customers, by pretending the burdens will only be borne by easily demonized employers. And that is even more so, when we remember that many of those customers are from lower income households as well.

We must also wonder why, if AB 257 is about protecting workers from employer abuses, it only applies to companies with thirty or more franchises. If the supposed concern is keeping fast food workers from being mistreated, it should be applied to all fast-food establishments (but if the goal is really forcing unionization on big franchisors it makes more sense). Given that the potential for such issues is a common topic in the restaurant industry in general, we should “protect” workers in “slower food” restaurants as well (unless such protection is not the real goal).

If we are to think that the regulations proposed help those not at the top of the income scale, we should remember that operating franchises is often done by those far from the top, and hurting them hurts the group supporters claim to care about. And other “we are fighting inequality” claims run up against the fact that dozens of local and minority chambers of commerce oppose it and, as Matt Haller notes, over “60 percent of California restaurants are owned by people of color.”

There are a host of reasons for rejecting the FAST Act. But before you are even done reading its title, you have sufficient reasons, even if you don’t know all of them. It is intentionally misleading. The problems cited primarily reflect government failure to do its job and enforce legislation that its members brag so much about passing, making more government impositions a suspicious “solution.” And many who face such problems, but don’t work for large franchisors, are ignored altogether. It would be a drag on the economy, not make for a faster recovery. It would harm many lower income and minority consumers and workers, as well as franchisees, in the name of helping those groups. It would also reduce workers’ freedom. That is why voting for the FAST Act is more an indication of the degree to which representatives are union-owned than the degree to which they wish to represent their constituents.

This article, You Can’t Even Get Past Its Title Before Discovering Good Reasons To Oppose AB 257, was originally published by the American Institute for Economic Research and appears here with permission. Please support their efforts.