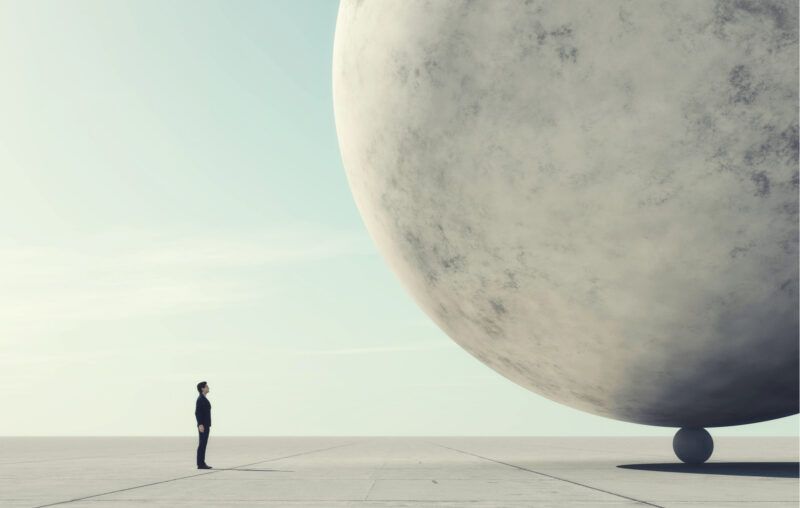 A sure-fire way to test the integrity of any argument for government intervention into the economy is to determine what that argument logically implies, and then ask if proponents of the argument accept those implications. If the implications are rejected, then the argument itself is highly suspect.

Consider the familiar argument that free trade is advisable – or “works” – only if trade’s “winners” compensate trade’s “losers.” The superficial appeal of this argument is obvious. If American consumers gain increased access to foreign-made steel, some American steel workers lose jobs while other Americans who own shares of US steel-producing corporations lose wealth. Why not, therefore, as a condition of the US government’s allowing consumers increased access to foreign-made steel, require the winners (that is, consumers who get steel at lower prices) to compensate the losers (that is, steel workers who lose jobs, and steel-mill owners who lose wealth)? This conclusion seems only to be further strengthened by economic theory’s clear demonstration that under nearly all plausible circumstances the winners’ gains from free(r) trade exceed the losers’ losses.

A reasonable, and I believe, sufficient objection to such a policy of compensation is to warn of the difficulty of any government’s carrying it out in practice. In reality, the global economy is far more complex than can be grasped by the human mind. And so accurately identifying all the winners and losers and then arranging fair compensation of the latter by the former will in practice prove to be impossible.

But such a policy of compensation is subject to a more fundamental objection, namely that its main premise is rejected even by its advocates. To see why, ask a proponent of such compensation if he believes that the US government should prevent Americans also from buying steel produced in new mills erected in Alabama until and unless the winners from these purchases compensate the losers. The response will be “No, of course not.”

But what if a clever protectionist answers “yes” to the question about requiring those who ‘win’ from increased access to steel produced in Alabama to compensate those who ‘lose?’ This protectionist should then be presented with a second hypothetical scenario and question: “Suppose an entrepreneur creates an innovation that enables a given amount of inputs used in American steel mills to produce 50 percent more output than was possible before the innovation. Do you, Mr. Protectionist, believe that this entrepreneur, as a condition of being permitted to implement her innovation, should first agree to join with her customers in compensating the steel workers who would lose jobs as a result of this innovation?”

Let us, however, imagine that the protectionist with whom you’re arguing fancies himself to possess an intellect singularly adroit and wily. Determined not to get trapped by what he believes to be your market-fundamentalist, neoliberal, and ideology-blinded legerdemain, the protectionist agrees that, yes, implementation of any such innovation ought to be conditioned on the ‘winners’ compensating the ‘losers.’

After pointing out to your protectionist adversary that abandoning a policy of what the Mercatus Center’s Adam Thierer calls “permissionless innovation” would inflict significant economic harm on ordinary people, you have a third question to put to the protectionist. It’s this: “Do you believe that consumers should be forcibly prevented from acting on changes in their tastes and preferences until and unless they first compensate the ‘losers’?”

Your protectionist adversary looks at you quizzically. Sympathetically understanding that the protectionist’s mind is really neither very adroit nor wily when it comes to questions of economics, you elaborate: “Whenever consumers’ tastes change, some jobs are destroyed. For example, about 25 years ago many Americans became enamored with the Atkins diet. They lost much of their taste for high-carb foods and intensified their preferences for foods high in protein. As a result, many brewers and bakers lost jobs while many vintners, butchers, and ranchers enjoyed higher incomes. Should government have prevented Americans from reducing their purchases of beer, pasta, and donuts until and unless these Americans, along with vintners, butchers, and ranchers, agreed to compensate brewers and bakers?”

Were your protectionist adversary to countenance such a use of government coercion, he would thereby expose himself as differing little from Stalin or Mao in his utter disdain for private spheres of action, combined with his utter faith in the godlike powers and authority of the state. But in reality the protectionist would surely avoid being so exposed. He would instead attempt to distinguish changes in consumer tastes and preferences from increased consumer access to imports.

But your knowledge of economics enables you to explain why each such attempted distinction fails. Although aware that the chances of your protectionist adversary admitting intellectual defeat range from slim to none, you nevertheless explain that because all jobs created in market economies ultimately depend upon choices freely made by consumers, all jobs lost in market economies are equally the result of choices freely made by consumers. Economically speaking, absolutely nothing distinguishes jobs lost to imports from jobs lost to innovation or to changes in consumers’ tastes.

A notable implication of this fact is that protectionism, at root, is an ideology opposed to consumers. It’s a doctrine that treats with contempt the desires of ordinary men and women peacefully to pursue prosperity and happiness as they so judge. Protectionism, consistently followed, strips each person of his or her freedom to make economic choices as it enslaves each person to existing, politically powerful producers. Under protectionism, the economy is a process not for satisfying maximum possible human wants but, instead, for subsidizing the performance of activities that are of value chiefly to the relatively few individuals who are subsidized to perform these activities and of no or little value to the vast majority of people who are compelled to pay these subsidies.

This article, Your Argument Implies…, was originally published by the American Institute for Economic Research and appears here with permission. Please support their efforts.