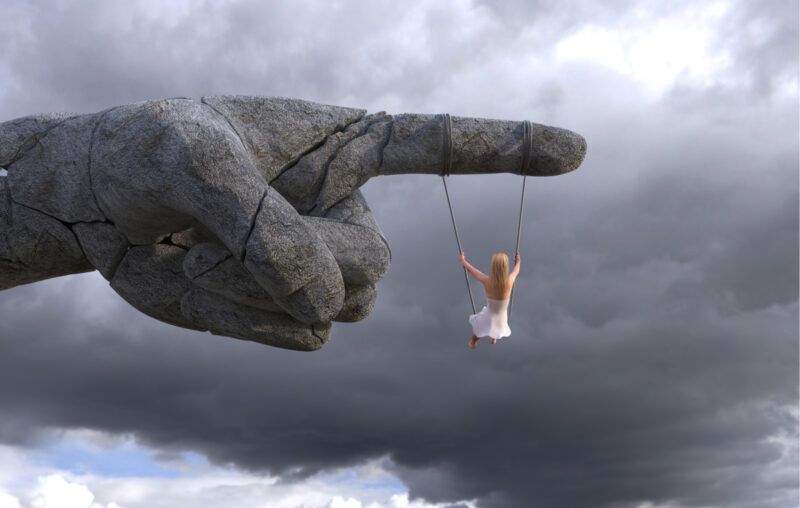 Reprinted from The Constitutionalist

Aside from Wendy Syfret’s lonely voice, we tend not to call ourselves “nihilists.” It is something we call our opponents, as Max Boot does here. “Nihilist” is deployed as a rhetorical device against the other side, and it is worth thinking about why it is a bad idea to use it this way in speaking about our politics, namely the dysfunction to which it contributes. But first consider the general usage of the term “nihilism,” which has its own issues indicating that it cannot be such an urgent concern in the first place.

In so far as it is thought to describe a problem we face, “nihilism,” derived from the Latin nihil, or “nothing,” is a kind of shorthand for life’s seeming to lack meaning, for there being no evident way to situate oneself morally in the world. How does one begin to structure her life in such circumstances? The fundamental issue here is that this describes no reality. Posed this way, the problem of nihilism assumes (maybe unconsciously) at least this much, which is too much:  that people might find themselves as automata in a meaningless world, that things were not always the way it is presumed to be now, and that it is possible for one really to be a nihilist. Let me take these up in turn.

First, to say we face a problem of nihilism assumes we find ourselves in something of a normative desert, selves empty of meaning but longing for it. But no one confronts a meaningless world as an abstract self; rather, we are each and always born into a mess of moral claims. We live in layered societies of governing institutions, histories, religions, friends, families, and more, that have some hold on us. It is not that there is no way to orient my life, then. If anything, there are too many ways. Better to call a problem of moral orientation something like “moral paralysis” than a problem of “nihilism.” The question is not how to find meaning in nothingness; the question is how to organize one’s life among so many (often-competing) possibilities and claimants on our moral attention. One might of course find that all available normative postures are lacking in, say, something higher, whatever that might be, but a disappointed idealist is not a nihilist.

Secondly, the problem of nihilism somehow assumes that things were not always the way they are said to be now. Nihilism, whether the specter haunting nineteenth or twenty-first century minds, has almost always emerged as a descriptor of the moment at hand. It implies that, whereas now there is no meaning, once there was. But this reflects no historical truth. I do not mean to say that dominant moral views and their universes might not come and go. But that is a separate historical question. I only mean to say that one searches in vain for the moment when human beings were not faced with competing moral claims that tugged at them and mattered.

Finally, an awareness of one’s smallness in an indifferent cosmos is not synonymous with nihilism. No one is really a nihilist. Try it.  Syfret calls herself a nihilist, but she believes in something:  her brand of nihilism issues for her in environmentalism. As a practical matter worthy of urgent public concern, no one believes in nothing or that nothing matters. Nihilism is not a serious problem in this sense.

It is, instead, a rhetorical matter, a thing one calls opponents, as I suggested at the start. What does it signify? What is wrong with it? It elicits fears of that meaningless world that the other side somehow promotes. But what would the party of nothing want to advance? Who values no thing? Whether lobbed in serious or less serious venues–say the “Washington Post” and “American Greatness,” respectively–it is a cheap shot. And probably worse.

I hope it doesn’t catch on. I worry that “nihilism” might become the “Satanic panic” of too many public intellectuals and degrade an already low public discourse. That discourse inevitably gets picked up by politicians, and once this rhetoric seeps into our party politics, we have a sign of breakdown. Party politics from the beginning presumed for its success that the parties agreed on things like the fundamentals of government. That basis is broken when, rather than the negotiations of politics, you believe yourself to be engaged in an existential battle with the other side, whose victory can only mean the end of meaning.

This article, Your Opponents Aren’t Nihilists, was originally published by the American Institute for Economic Research and appears here with permission. Please support their efforts.