“Zero Risk” Is Too Risky for Me 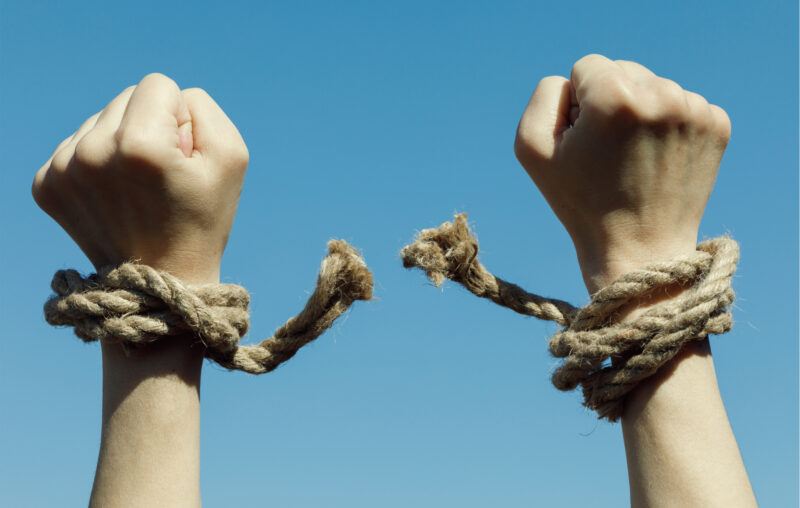 With respect to risk tolerance, if you’d asked me before March 2020, I probably would have described myself as “risk averse.” For example, I’m what you might call respectful of heights. That’s my preferred euphemism for terrified. I wasn’t too fond of them to begin with, but falling off a ladder while cleaning off leaves was enough. I set out to do a mundane chore and returned limping like Quasimodo and moaning like Marley’s ghost. I’m also cautious with money, and I don’t like to make big decisions on a lark.

I always thought I tended toward the cautious side of things, favoring more discretion than valor on the Falstaff scale. I still do, but the more I think about it, it turns out I really like taking risks. I’m relatively reckless. In our “Zero Risk” world, I’m a daredevil.

For example, I like red meat. I like my steaks grilled medium rare. The Centers for Disease Control and Prevention (CDC) warns me with red meat that I’m dancing on the cliff of renal failure, upping my odds by 30 percent. The World Health Organization (WHO) tells me that red meat is likely carcinogenic, and if I’m grilling it, that’s going to cause cancer, too.

I mean, my goodness, the National Institute of Health (NIH) — housing the seat of Saint Fauci, the Science Himself — has warned that eating red meat increases mortality from cancer and heart disease. That warning is based on a longitudinal study tracking 120,000 people from 1980 through 2012, a study in which 24,000 participants died.

But here is where my recklessness has its limits. I’m not going to participate in an NIH study. Those things will kill you.

While I’m gambling with a steak, what do I like to drink with it? Whiskey or wine. That’s like Russian roulette in a glass, according to the CDC: “All alcoholic drinks, including red and white wine, beer, and liquor, are linked with cancer.” (I hadn’t the heart to consult the NIH to see how many people they offed to tell me to stay away from a cabernet.)

Sometimes I even go out to eat. In the eyes of our public health officials and their wide-eyed acolytes, I might as well be storming the beaches at Normandy. First, my wife and I leave the house. Then we get in our car, unmasked. Then we drive our car on the road with other drivers in various automobiles. Worse, we exceed 3 miles per hour by a lot.

Depending on the time of year, we either have our vents and windows open despite being where carcinogenic vehicular exhaust is prevalent, or we are taunting other carcinogens by turning on the AC or heat. Likely we’re listening to loud music, continuing a lifelong threat to my ears and my very soul. Most likely, we’ll do this all again on the drive home — but this time in the dark.

At the restaurant, we’re going to walk the Tightrope of Death from the door to the table unmasked. The places we choose don’t insult their neighbors and patrons by assuming they are crawling vectors of disease by virtue of showing up at the door wanting to do business with them. Because I cherish those places and their own risk-taking, I want their dining rooms to be packed. If it’s a local bar, I hope there’s live music and a big, boisterous crowd singing along.

Sometimes we like to get out of our house and stay away for a while. We might drive (again!) to the beach or the mountains. At the beach, we like to soak up the sun, which can cause cancer, and we even like to frolic in the surf, which can cause drowning, shark bites, and (anecdotally) blue-crab pinches. In the restaurants, we like to eat local seafood and shellfish to add dodging mercury poisoning to our death-defying feats. There are also people in there, as well as people on the beach, people in the beach bars, and people in the shops. People, as you know, are known carriers of Covid.

In the mountains, we go hiking. Despite my fear of heights, I’m convinced that terra firma, even terra firma that’s thousands of feet above the surrounding terrain, is worth the risk for a splendid view. We hike despite the above-zero chance of encountering snakes, cougars, even bears. Sometimes we even pass people on the trail.

We do dangerous things daily, I realize, without a second’s thought. Am I daring? Is it because I grew up riding a bike without a helmet, elbow pads, and knee pads? Is it from playing pickup basketball and football without the thought of adult supervision? See, I think most likely I’m not that adventurous after all; I’m just hewing to an older standard of behavior. It was called normal.

I want to do things without deference to some paranoiac’s definition of risk. I want you to be able to do them as well, if you want. I want to jaywalk when I can make it and grab some greasy New York–style pizza. I want to have the occasional cigar with my friends around the firepit, and I want to cut the wood for it myself. I want to go for a run and take a hot shower.

I want people to say things I disagree with if that means we can all speak freely. I want to debate about the existence of God, the meaning of life, and the lessons of history. I want to enjoy watching sports for the love of the game and the roar of the crowd. I want to edge my way through a cramped, musty used bookstore, and I hope it has a cat. I want to sit in church and hear about Jesus. I could give a rip what the CDC says about raw cookie batter; I want to lick the spoon.

What I don’t want is a life ruled by “zero risk” strictures. It’s impossible. The only way we’ve seen it tried is by central planners in police states, but all they really wind up accomplishing is outlawing people from telling the truth about zero chance of producing zero risk. As I said, I tend to be risk averse, and the risk of “zero risk” tyranny is far, far too great for me.

Patrick Henry declared under a much greater risk environment, “Give me liberty, or give me death!” My request is not so audacious. I seek the liberty we had even if it comes with a slight uptick in risk.

This article, “Zero Risk” Is Too Risky for Me, was originally published by the American Institute for Economic Research and appears here with permission. Please support their efforts.