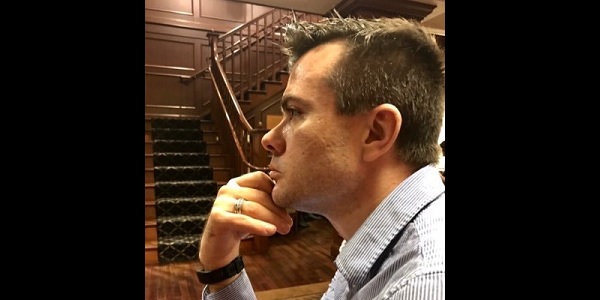 One of the key sources for the wild claims ex-British agent Christopher Steele included in his now-debunked anti-Trump dossier – a key part of the Democrats’ conspiracy theory created to falsely link then-candidate Donald Trump to Russia – has been arrested.

The New York Times is reporting that Igor Danchenko, a “Russia analyst who worked with Christopher Steele,” was taken into custody as part of the investigation of that campaign to undermine Trump’s candidacy, and then presidency, by former U.S. Attorney John Durham.

Durham was tasked by then-Attorney General Bill Barr to investigate how the false claims against Trump were inserted at the highest levels of the Barack Obama administration, and were used by Democrats from that administration against a sitting president after Trump was inaugurated.

Already, there’s been one guilty plea in the investigation, and another key player indicted.

The report explained, “Mr. Danchenko, was the primary researcher of the so-called Steele dossier, a compendium of rumors and unproven assertions suggesting that Mr. Trump and his 2016 campaign were compromised by and conspiring with Russian intelligence officials in Moscow’s covert operation to help him defeat Hillary Clinton.”

Actually, it was Hillary Clinton’s campaign that funded, in part, the work that created the false claims, including the use of Russian sources for the dossier.

The Times said its sources insisted on anonymity because the Danchenko indictment remained sealed.

The report explained how the claims included in the dossier, and pushed by Washington insiders to the FBI and Department of Justice, were used in the FBI’s campaign to target the Trump campaign.

Even that interview left the impression that the dossier was misleading, as Steele failed to clarify that much of the “material” was thirdhand information.

The DOJ’s inspector general earlier found a multitude of mistakes in the FBI’s work on the so-called “Russia collusion” claims.

The Times noted in its own interview of Danchenko in 2020, he claimed he took “raw intelligence” and gave it to Steele.

Steele’s attacks on Trump now are known to have been opposition research for which the funding was traced back to the Perkins Coie law firm, which was being paid by the Clinton campaign.

Other evidence has revealed that Obama was advised by his intelligence sources that Clinton was trying to tie Trump to Russia in order to divert the public’s attention from her own scandal, which involved her putting classified national secrets on an unsecure private email system she set up in her own home.

The Times said, “Mr. Durham has been known to be interested in Mr. Danchenko and the Steele dossier saga. In February, he used a subpoena to obtain old personnel files and other documents related to Mr. Danchenko from the Brookings Institution, where Mr. Danchenko had worked from 2005 until 2010.”

Just weeks ago Durham released an indictment of Michael Sussman, who formerly was with Perkins Coie and is accused of lying to the FBI regarding his efforts to give that agency allegations about Trump.

Earlier, an FBI employee pleaded guilty to changing information in an email about the allegations before forwarding it.

The Daily Mail pointed out “many of the dossier’s claims remain unproven or have been debunked, though the document was cited by the FBI in a secret warrant application to spy on a Trump campaign adviser.”

The report also noted the exact charges against Danchenko were not immediately clear.

Paul Sperry of Real Clear Investigations recently reported that Durham was investigating “cybersecurity experts” who worked at the Pentagon for their apparent involvement with Steele.

They are suspected of potentially abusing their government privileges to help Clinton’s campaign to falsely link Trump to Russia.

The report said Durham was investigating whether they were involved in a scheme to misuse sensitive, nonpublic Internet data, “which they had access to through their government contracts, to dredge up derogatory information on Trump on behalf of the Clinton campaign in 2016 and again in 2017.”

Those contractors reportedly were told to turn over documents, and testify before a federal grand jury.

“The campaign plot was outlined by Durham last month in a 27-page indictment charging former Clinton campaign lawyer Michael Sussmann with making a false report to the FBI. The document cites eight individuals who allegedly conspired with Sussmann, but does not identify them by name,” Sperry reported.

“The sources familiar with the probe have confirmed that the leader of the team of contractors was Rodney L. Joffe, who has regularly advised the Biden White House on cybersecurity and infrastructure policies. Until last month he was the chief cybersecurity officer at Washington tech contractor Neustar Inc., which federal civil court records show was a longtime client of Sussmann at Perkins Coie, a prominent Democratic law firm recently subpoenaed by Durham. Joffe, 66, has not been charged with a crime,” Sperry reported.

The Sussmann grand jury indictment states that the federal contractors, who mined private Internet records to help “conduct opposition research” in coordination with the Clinton campaign, were driven not by data but by “bias against Trump,” he reported.

He explained one of the campaign representatives with whom Joffe coordinated was Jake Sullivan, who was acting as Clinton’s foreign policy adviser. He’s now President Biden’s national security adviser.