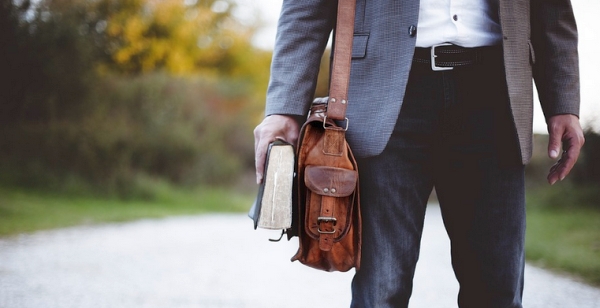 Two liberal professors at Tennessee Tech are facing disciplinary action after they publicly attacked another professor because of his political views.

The university publication, The Oracle, reported Julie Gruber, who teaches German, and Andrew Smith, who teaches English and religion, violated the university’s Code of Conduct by distributing a flyer in a public campaign against Andrew Donadio of the nursing school.

Donadio filed a complaint with the university’s Office of Human Resources after Gruber and Smith distributed the flyer on campus.

The flyer stated: “This racist college professor thought it would be a great idea to help start a Tennessee Tech chapter for this national hate group, where racist students can unite to harass, threaten, intimidate, and terrorize persons of color, feminists, liberals, and the like, especially [sic] their teachers. Their organization created a national ‘Professor Watchlist’ to harass and intimidate progressive educators, including many women, African-American, and Muslim professors.

“Professor Donadio and Turning Point USA. You are on our list. Your hate & hypocrisy are not welcome at Tennessee Tech. No Unity With Racists. Hate Speech Is Not Free Speech.”

A memo from the administration determined the flyer “was intended to harass, intimidate, and threaten not only Donadio but other faculty, staff, and students whose views and opinions were contrary to those held by Smith and Gruber.”

The report said it was unclear what disciplinary action the two would face.

“According to Tech Policy 651, Disciplinary Actions, that while Tech may decide to use corrective action, it reserves the right in cases where the offense merits termination or other sanctions to impose such sanction(s) in the first instance without following a course of corrective action.”

Constitutional expert and George Washington University law professor Jonathan Turley said it “appears that this mess all started because Donadio applauded a bit too loudly at a meeting of the Putnam County School Board.”

“Seriously. According to sites like Inside Higher Education, Gruber (as associate professor of German) was present at the meeting considering a demand to change the name of the Algood Middle School Redskins. The board rejected the proposal and Donadio, an assistant professor of nursing at Tennessee Tech as well as a local county commissioner, applauded loudly,” Turley wrote.

“What he did not know was that Gruber was sitting in front of him and found his applauding excessive and offensive. Gruber then contacted Smith, a professor of English at Tennessee Tech. Smith had a gripe with Donadio over his serving as the adviser for Turning Point U.S.A. The conservative group is often the target of liberal professors and activists because it maintains a Professor Watchlist that tracks faculty who express ‘radical’ or biased remarks in class. The group insists that it is seeking to not only expose such bias but to allow students to avoid such classes. Smith and Gruber distributed a menacing-looking flyer of Donadio on a chair of knives (ala The Game of Thrones) that accused him of ‘hate speech’ and being a racist. There is no evidence to support either claim.”

Turley said it’s “hard to defend the conduct of Smith and Gruber, who clearly sought to harass a colleague for his political views.”

“They embody the intolerance for opposing views that is destroying higher education and free speech. Turning Point is a recognized student group on campus that Smith and Gruber were seeking to demonize and label a racist. The obvious intent is to make it more difficult for students and faculty to support the group.”

But Smith and Gruber were engaged in free speech and were “entitled to speak out against a colleague,” he said.

But they “insist that the flyer’s reference to the list was meant to model the listing by Turning Point.”

“I do not see the reference as a credible threat,” Turley wrote.

“The actions of Smith and Gruber were in my view reprehensible in labeling a colleague as a racist who engages in hate speech. It was unfair and unsupported. If it were true, Smith and Gruber could have filed a complaint with the university. They could also have written or spoken against his views rather than anonymously spread rumors or allegations. They lacked the integrity or the courage to do either.”

He said the professors’ actions are “worthy of condemnation and a possible official reprimand.” But there probably should be no further penalties unless they repeat their conduct.