5 indicted for scheme to silence American critics of Chinese communists 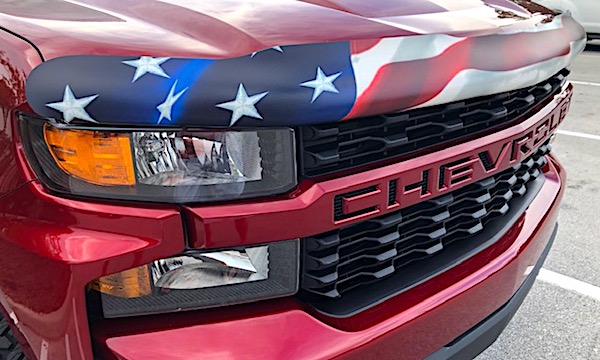 Five men have been indicted for allegedly running a scheme that targeted – and tried to silence – U.S. residents whose political views were opposed by the Chinese Community Party.

The Department of Justice said the defendants include one federal law enforcement officer and a private investigator.

The federal grand jury originally had indicted Fan “Frank” Liu, 62, of Jericho, New York; Matthew Ziburis, 49, of Oyster Bay, New York; and Qiang “Jason” Sun, 40, of the PRC for the scheme. Added in a superseding indictment were Craig Miller and Derrick Taylor. Miller is a 15-year employee of the Department of Homeland Security and Taylor is a retired DHS law enforcement agent now working as a private investigator.

They are charged with running a “transnational repression scheme that targeted U.S. residents whose political views and actions are disfavored by the PRC government.”

“Among other items, these defendants allegedly plotted to destroy the artwork of a PRC national residing in Los Angeles, who was critical of the PRC government and planted surveillance equipment in the artist’s workplace and car to spy on him from the PRC,” the DOJ said.

“Miller and Taylor are charged with obstruction of justice for allegedly destroying evidence after they were approached by FBI agents and asked about their procurement and dissemination of sensitive and confidential information from a restricted federal law enforcement database regarding U.S.-based dissidents from the PRC,” the DOJ said.

“We will defend the rights of people in the United States to engage in free speech and political expression, including views the PRC government wants to silence,” said Assistant Attorney General for National Security Matthew G. Olsen. “As charged, these individuals aided agents of a foreign government in seeking to suppress dissenting voices who have taken refuge here. The defendants include two sworn law enforcement officers who chose to forsake their oaths and violate the law.”

U.S. Attorney Breon Peace for the Eastern District of New York noted, “As alleged, this case involves a multifaceted campaign to silence, harass, discredit and spy on U.S. residents for exercising their freedom of speech – aided by a current federal law enforcement officer and a private investigator who provided confidential information about U.S. residents from a restricted law enforcement database, and when confronted about their improper conduct, lied and destroyed evidence.”

The charges include conspiring to act as agents of the PRC government, conspiring to commit interstate harassment and criminal use of a means of identification. Also conspiracy to bribe a federal official and obstruction of justice.

“As alleged, Liu and Ziburis operated under Sun’s direction and control to discredit pro-democracy PRC dissidents residing in the United States, including those in New York City, California and Indiana, with efforts to disseminate negative information about, and to spy on, stalk, harass and surveil U.S.-based dissidents,” the DOJ said.

Miller and Taylor allegedly were involved through their work to obtain information about the targets, and provide it to the Chinese agents.