'Absolute fools': Biden and Garland ripped as 'morons' for their 'unprecedented action' 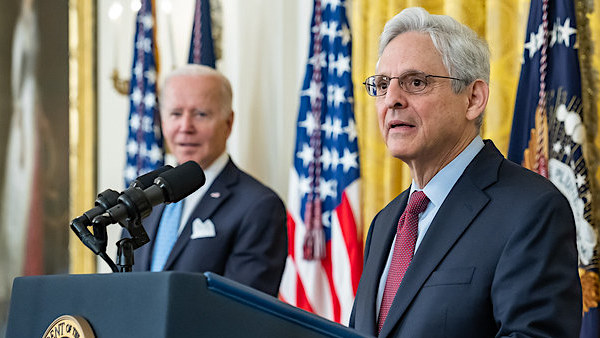 Joe Biden and Merrick Garland, his attorney general, are “morons” for the way they handled the FBI’s raid on President Trump’s Mar-a-Lago residence, according to New Hampshire Gov. Chris Sununu.

According to a report in the Washington Examiner, Sununu was critical of the Democrats for “not responding to Republican outrage” to the FBI raid.

The governor said, “I think the biggest issue is what we’ve all been talking about: the fact that when you’re going to go into a former president’s house, yet clearly, Biden and Garland, they had no strategy, no anticipation about saying, ‘We’re going to take unprecedented action so we better have an unprecedented plan for disclosure.’”

The Republican governor, who has been a critic of President Trump, made the comments in an interview with Fox News Sunday.

He said while it’s understandable the FBI doesn’t want to release information if there’s an “active investigation,” Biden administration officials should have thought that out before raiding Trump.

“If they didn’t anticipate this type of response from the American people, well, they’re morons. They really are. They’re absolute fools. Because you cannot walk into a former president’s home, raid his home like that, and then say, ‘Well, we’ll get back to you later.’ Not acceptable to the American people,” he said.

The Examiner explained the FBI raid on Trump’s home apparently involved boxes of papers that Trump brought to Florida when he left the White House.

A previous court decision, not involving President Trump but Bill Clinton, found that the president can declassify documents without following the same procedures as other government officials, and if they are in his possession they are presumed to belong to him.

It took days after the raid for Garland to admit that he personally approved the raid on Trump’s home. The Department of Justice later agreed to unseal the search warrant but still is fighting to keep other information about the raid concealed from the American public.