'Absolutely asinine': Dr. Robert Malone warns against giving WHO 'the keys to the kingdom' 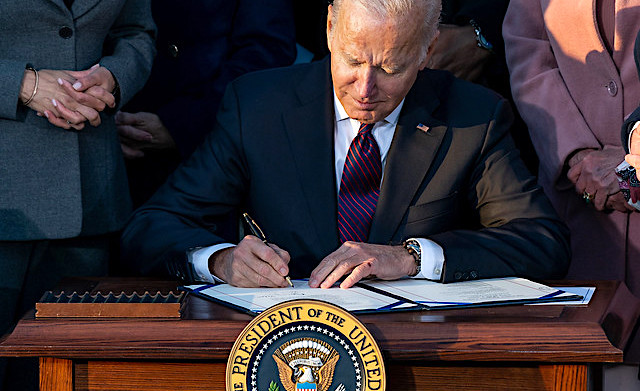 On Wednesday, the last state to try to impose a school vaccine mandate gave up after testimony by Dr. Robert Malone and others.

But in a video interview with WND (embedded below), the medical scientist said it amounted to “winning one small skirmish” in “a protracted battle” amid the news this week that the FDA has approved COVID booster shots for children and the Biden administration’s proposal to give the World Health Organization the authority to declare a health emergency in the United States.

He described the latter move as the U.S. giving the China-controlled WHO “the keys to the kingdom.”

Louisiana Democratic Gov. John Bel Edwards announced Wednesday the state health department’s decision to drop the push for the mandate as the Republican-led legislature was poised to pass a bill blocking the requirement.

Malone, the key inventor of the mRNA technology platform used in the Pfizer and Moderna vaccines, credited the leadership of Louisiana Attorney General Jeff Landry.

“It’s highly encouraging,” he said. “This is the last state to be seeking to impose these vaccine mandates.”

He pointed out that along with the studies and data showing children statistically have virtually no chance of severe illness or death from COVID-19, the current CDC data indicate “an increased risk in children in the 5 to 11 age bracket of disease and infection if they take the vaccine.”

“Worldwide we’ve seen this remarkable trend, that the more of these inoculations you take, there is a dose dependent effect … of increased risk of infection, disease, hospitalization and death,” he said.

‘A long protracted battle’
Meanwhile, the FDA approved Pfizer COVID booster shots for children 5-11, Malone said, despite the ever-growing evidence of serious side effects, including myocarditis, particularly in young men.

“These speculations on the part of our public health service about this myocarditis being mild and the associated propaganda and PR that has been put out, is not panning out, now that we’re getting the data,” he said.

The toxicity of the vaccine, Malone emphasized, increases with each successive dose.

“And yet in the face of this, we have an FDA who is signing off on a third jab, a third inoculation,” he said.

On top of that, Malone continued, is more peer-reviewed support for his hypothesis that the S1 subunit of the virus spike protein – which is identical to the S1 subunit released by the vaccine into the blood, in much higher levels than with infection – “absolutely damages neural tissue … and opens the blood-brain barrier.”

He noted that he warned of the toxicity of the spike protein in the vaccines in June 2021 with Steve Kirsch on Bret Weinstein’s “DarkHorse Podcast” and was “resoundingly criticized by the undergraduate, non-biologist fact-checkers that were set on me like dogs.”

“But, in fact, we now have abundant documentation that spike is, in fact, a toxin, and more specifically a neurotoxin and probably is responsible for a lot of these syndromes that are being observed, including trigeminal neuralgia, tinnitus, the loss of hearing that seems to have become epidemic and the various brain syndromes,” said Malone.

The veteran medical scientist talked about the need – in the aftermath of what he and many colleagues regard as a corrupt and disastrous pandemic response – to reform the health care system and hold people accountable.

What’s been done, he said, “meets the criteria of what we would call evil.”

“It’s profoundly corrupt, and if we don’t hold people accountable … we will not have modification of behavior and correction of these organizations,” he said.

The amendments to the International Health Regulations, he pointed out, give the WHO director general the unilateral power to declare a health emergency based on broad criteria that doesn’t have to be make public and impose lockdowns, vaccine mandates and other measures.

The WHO, manhandled by China, has “grossly mismanaged” the pandemic over the past two years, he said, “causing untold death and suffering.”

“Giving these people the keys to the kingdom is absolutely asinine,” said Malone.

The U.S. government, he said, “is actively trying to weaken our sovereignty.”

There are concerned citizens, he said, who are using language regarded by some as “inflammatory.”

Americans, he continued, “need to appreciate the profound wisdom of those giants who bucked a totalitarian mad king and gave us this incredible gift of the experiment in self-governance.”

“If you are somebody who loves freedom and doesn’t want to live a collectivist life,” he concluded, “it’s time to get off your duff and do something about it.”