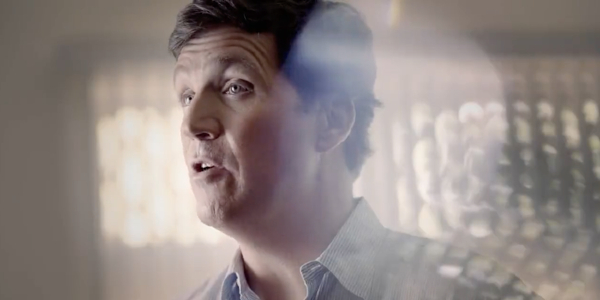 Fox News host Tucker Carlson’s upcoming documentary on the Jan. 6 Capitol riot is drawing flak despite the fact it won’t be released until next week.

His claim that evidence points to provocation by FBI informants is enough for those who call President Trump’s belief that the election was stolen “a big lie” and insist the riots amounted to an “insurrection.”

As Democrats lead an investigation of Jan. 6 apparently aimed at finding a conspiracy hatched by President Trump himself, Anti-Defamation League CEO Jonathan Greenblatt is pleading with Fox News to stop the release of Carlson’s documentary, titled “Patriot Purge.”

Greenblatt said in a letter to Fox Corporation Executive Chairman and CEO Lachlan Murdoch that the documentary is “dangerous misinformation,” the National File reported.

He urged Murdoch to “reconsider airing” the program, calling it “an abject, indisputable lie and a blatant attempt to rewrite history.”

On Wednesday, Carlson said he believes the three-part documentary – which will air beginning Monday on the streaming service Fox Nation – “answers a lot of the remaining questions from that day.”

Greenblatt is “deeply concerned that the false narrative and wild conspiracy theories presented by Carlson will sow further division and has the potential to animate violence.”

He said Fox News is “giving license to yet another conspiracy theory: that January 6th was an inside job with the intention of rounding up and imprisoning conservatives.”

The documentary, he said, “is neither legitimate political discourse nor spirited debate.”

Greenblatt acknowledged Carlson “has the right to make outrageous claims – but freedom of speech is not freedom of reach.”

The trailer indicates the series intends to show that Joe Biden and the Democrats have shifted the focus in the war on terror largely from al-Qaida to conservatives and that Jan. 6 was a “false flag” to undermine their targets.

Carlson has featured reporting on the mysterious figure, Ray Epps, highlighted during a House hearing earlier this month by Rep. Thomas Massie, R-Ky. The congressman showed to Attorney General Merrick Garland video footage of Epps urging Trump supporters to breach the Capitol while they boo and chant “fed, fed, fed,” suggesting they believed him to be an informant planted by the FBI.

An extensive investigation by Revolver News has led to three major findings concerning Epps that counter the official narrative and provide more evidence of proactive federal involvement in the Capitol riot.

Washington Post national correspondent Philip Bump wrote that Carlson made the documentary to “prove he’s not a white nationalist.” He said the Fox News host “wants to elevate the idea – the surreal idea, the deranged idea – that the riot at the Capitol on Jan. 6 was fomented in whole or in part by the government so that it could crack down on the political right.”

Earlier this year, however, Director of National Intelligence Avril Haines issued a report featuring a sketch of the Capitol that warned “domestic violent extremists” pose a heightened threat to the nation, noted Julie Kelly of American Greatness.

House Republicans at the time, she reported, “blasted Haines for working outside her legal authority – the intelligence community is supposed to hunt foreign terrorists, not MAGA-supporting meemaws – to target American citizens.”

See the trailer for ‘Patriot Purge’: