Amazon gets green light for its 'Tower of Babel' HQ tower 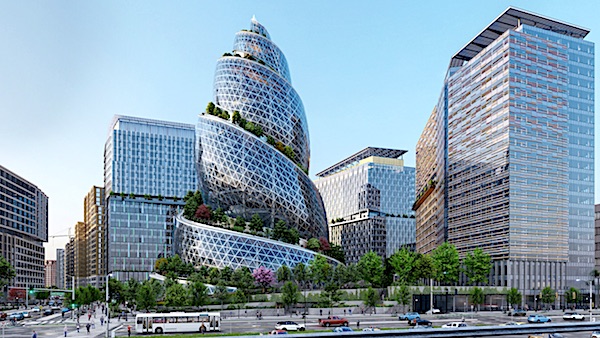 Amazon’s plans to build a helix-shaped “Tower of Babel” as the centerpiece for its forthcoming second headquarters in northern Virginia has been given the green light by the Arlington County Board.

It was in February 2021 that the online retail giant announced plans for its spectacular, 350-foot tower to be the featured item at its new offices that will house more than 25,000 workers once completed. (See a video about the project):

The helix stands out because of its possible resemblance to the Old Testament’s “Tower of Babel”– an attempt by man to reach the heavens before mankind’s languages were confused by God in the 11th chapter of Genesis. 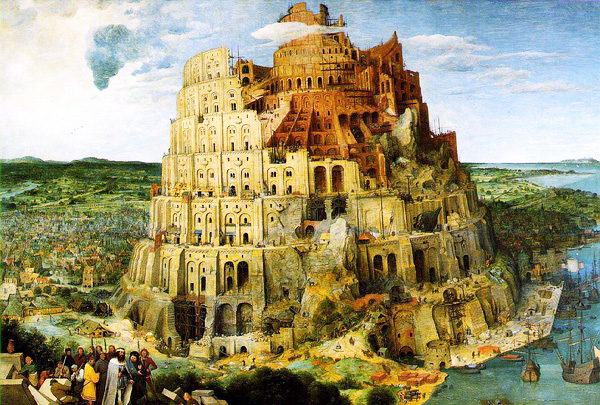 Jeff Bezos, who owns Amazon and the nearby Washington Post, may have a fancy for the biblical character of Nimrod, “a mighty hunter” (Genesis 10:9).

People working there might get the feeling they’re on a mountain hike, as the spiral design includes a walkable ramp that slithers around the edifice with plenty of trees and greenery to complete the scene.

Are the ancient stories in the Bible actually the template for what happens in the news today? The answer may astound you!

FoxBusiness reported: “Amazon has said the building is designed to help people connect to nature, and the outdoor mountain climb will be open to the public on weekends.

“Since then, the plans have gone through the famously thorough review process of Arlington County, including numerous public hearings. Earlier this month, the county planning commission voted 9-0 to support the project.

“On Saturday, the County Board voted 5-0 to approve the plans. They also include park space and will accommodate a community high school, along with ground level retail.

“Amazon has said it hopes to complete the project in 2025.

“Because skyscrapers are banned in the District of Columbia, and the Amazon buildings will be among the tallest in Arlington County, from some vantage points the helix will dominate the region’s skyline like no building other than the Washington Monument.”