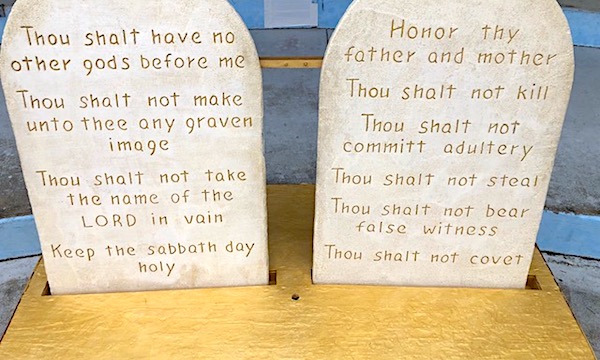 The ideals for leaders in America include, for most people, that they should be accomplished, love truth and hate money.

Those ideas can be found one way or another in the nation’s founding documents, and even further back, in the Magna Carta of King John from which many of the founding principles of the United States come.

But those particular ideas date even further back. To Moses, who with the addition of to “fear God” set those standards for those who would be leading the Hebrew nation during his time.

That’s why those who have been criticizing a statement from Laurie Cardoza-Moore, who leads the Proclaiming Justice to the Nations organization, perhaps should take a look at history, she told WND.

Her statement was that our nation “was founded on the Torah.”

That would be God’s commands to the ancient Israelites of the Old Testament.

But that was too much for the leftists at “Right Wing Watch,” who blasted her in a video:

RWW said it posted the clip “to expose the agenda of the extreme right.”

“We do not endorse the groups we report on,” the RWW video said.

In it, Cardoza Moore was talking about Florida Gov. Ron DeSantis’ efforts to make school teachings in his state more accurate. She noted a review of some subjects brought about changes in standards, and the state now is likely the first in the country to include references to the Torah, the basis for many contemporary concepts of fairness and equality, in classes.

She said Christians, of RWW, should “pray for them, ignore them, tell them to do their homework.”

She points out that history is replete with evidence of the influence of the Torah, as well as the later Christian Bible, on the development of nations.

It’s not well known, however, because American is “illiterate biblically,” with most lacking any biblical knowledge or understanding of the founding of the U.S.

“The reality is we do not teach this to our children any more.”

But the evidence is there in stone. The U.S. Supreme Court building as well as the U.S. House of Representatives both have engravings featuring Moses giving the law, she pointed out. 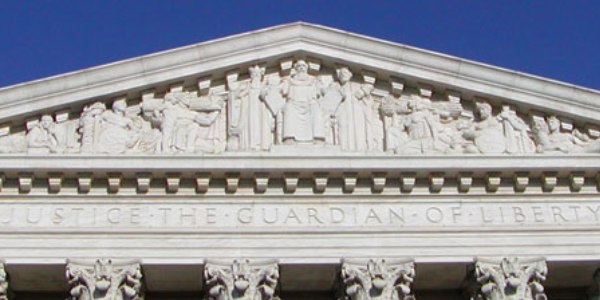 Her comments aren’t really new, either. In a 2000 editorial for the New York Times, political commentator Michael Novak wrote, “The Founders and the Torah.”

It was Don Sweeting, president of Colorado Christian University from 2016-2022, who posted on his blog his comments on “The Magna Carta and the Bible.”

He pointed out it was signed in 1215 when King John agreed to limit his own powers, bringing the monarchy under the overview of the law.

And it listed 63 rights.

The report said, “The Magna Carta evidences early stirrings of representational government. If the king breaks the law and violates the rights of the English people, who should restrain him? Since he does not have absolute power, the answer is to be found in his accountability to the English people—which eventually came to mean, a representative assembly, i.e. a council of barons, parliament, etc..”

In fact, it starts, “John, by the grace of God King of England.” It then says “Know that before God, for the health of our soul and those of our ancestors and heirs, to the honor of God, the exaltation of the holy church, and the better ordering of our kingdom.”

Sweeting also explained that discussion typically revises the Magna Carter to state that “evil king John addressed this to his barons who rose in rebellion.”

Actually, “the document is addressed first to church leaders,” and explains it was written “at the advice of our reverend fathers.”

Then, third, the document has biblical roots. “In the Bible the idea of kings under the law is very clear. God is the sovereign ruler over all (Psalm 93). His kingdom is supreme. Kings rule under God. Read Psalm 2 and what it says about wise kings, foolish kings and the enthronement of God’s king.”

And, he noted, the Magna Carta lists “that the English Church shall be free, and shall have its rights undiminished and its liberties unimpaired.”

“Rule by law, rule under God, religious liberty: these are all theological ideas with deep Biblical roots. They are all affirmed in the Magna Carta,” he wrote.

IMPORTANT NOTE: How is it possible that the greatest and freest nation in world history has so rapidly come under the control of serially lying, deranged, power-mad sociopaths – leaders with nothing but contempt for America, for its history, its Constitution, its Judeo-Christian culture and its people? Orwell’s “1984” points directly to the answer: The elites are changing America’s language itself, so that people’s words – and therefore, their very thoughts – inevitably come under the control of the ruling class. It’s a way of bending reality in real time, so that what is illusion appears to be true, while what is real and true appears to be lies, misinformation, “hate speech,” “conspiracy theories” and “extremism.” This extraordinarily powerful but little-understood weapon of war employed 24/7 by the Marxist left is completely explained, exposed and exploded in the August issue of WND’s acclaimed monthly Whistleblower magazine, “NEWSPEAK 2022: How tyrants and lunatics are enslaving Americans by redefining everything.”