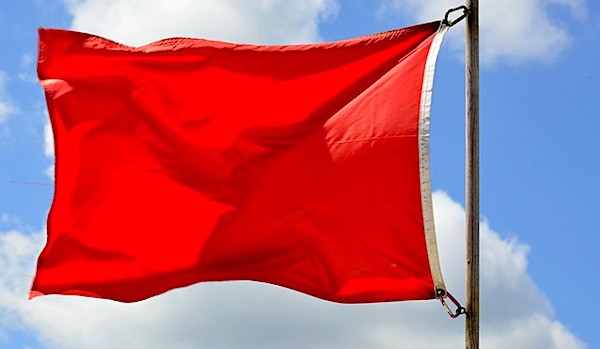 Democrats and other liberals long have wanted many, many more gun restrictions, limits and outright bans.

One popular strategy is to impose “red flag” laws, those provisions that allow a judge to deprive someone of their Second Amendment rights simply because of what someone else feels about them.

Often, those decisions are made by a judge who gives the targeted individual no opportunity for defense.

Several states already have such laws, and now Congress is building the idea into its latest plan to restrict Americans’ options for self-defense.

The leftist party’s sentiments on the constitutionality of those limits, which authorize the confiscation of weapons from a person who is suspected without probable cause of being a “danger,” were voiced recently by Rep. David Cicilline, D-R.I.

“Spare me the bull**** about constitutional rights,” he said.

But now a poll shows that many, many voters don’t like those plans.

Majorities of Republicans and independents say such provisions likely would be abused by government.

Even one Democrat out of six shares that opinion.

The results are from Convention of States Action, which worked with The Trafalgar Group on a poll of 1,000 likely 2022 voters June 16-19.

It found 52.3% of independent voters believe that “red flag” gun control laws “that are designed to temporarily take guns away from individuals have the potential to be abused by local authorities and government officials to disarm their political opponents and/or citizens who disagree with them.”

For members of the GOP, the number of those concerned about abuse by government officials rose to 72.2%. Only 14.1% said there wasn’t a risk.

For Democrats, 16.4% said there’s the potential for abuse, while 53.5% said they didn’t think there was a risk.

“Americans want real, workable solutions to the mass shootings we are seeing in this nation, but it’s obvious that they don’t see the proposed ‘red flag’ laws as the answer,” explained Mark Meckler, president of Convention of States Action.

“Government officials at all levels have spent the last two years demonizing their opponents and using whatever means possible to censor or threaten those who disagree with them, so the idea that we should now trust those same people to not abuse a law that could infringe on basic constitutional rights is laughable. More and more Americans are coming to the conclusion that the government abuses any power it’s given, and they are responding accordingly.”

Together, 46.7% of all voters say those red flag gun control laws could be abused by officials who want to disarm those who disagree with them. Only 30.8% said they didn’t see a danger.