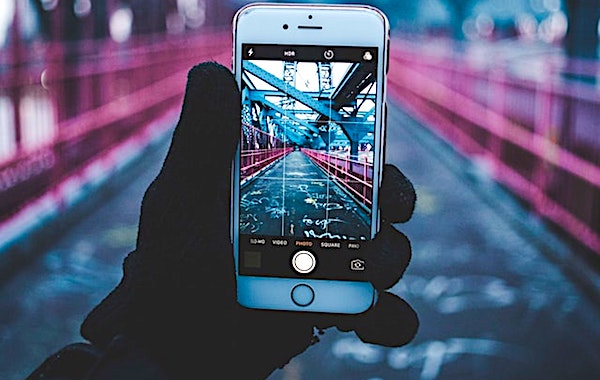 Police across America now can track citizens through their cell phones – without a warrant – despite the Fourth Amendment’s ban on warrantless searches, according to a team of civil-rights lawyers at the Rutherford Institute.

That’s the result of the U.S. Supreme Court deciding not to intervene in a lower court decision that authorized exactly that.

The institute had filed a friend-of-the-court brief in the case Hammond v. U.S. that challenged the tracking of people through their cell phones as unconstitutional.

That tracking can tell police a person’s location with great precision, “whether that person is at home, at the library, a political event, a doctor’s office, etc.,” the organization reported.

“Americans are being swept up into a massive digital data dragnet that does not distinguish between those who are innocent of wrongdoing, suspects, or criminals. Cell phones have become de facto snitches, offering up a steady stream of digital location data on users’ movements and travels,” said constitutional attorney John W. Whitehead, president of The Rutherford Institute.

“Added to that, police are tracking people’s movements by way of license plate toll readers; scouring social media posts; triangulating data from cellphone towers and WiFi signals; layering facial recognition software on top of that; and then cross-referencing footage with public social media posts, all in an effort to identify, track and eventually round us up. This is what it means to live in a suspect society,” he said.

The concerns over tracking developed as part of a federal and state law enforcement investigation into a series of armed robberies that took place in October 2017 in Michigan and Indiana.

There, an Alcohol, Tobacco, and Firearms agent traced a firearm recovered from one of the robberies to a previous owner, who said he had sold it to Rex Hammond and gave them Hammond’s cell phone number.

“Without obtaining a search warrant, a local police detective then requested cell site location information (“CSLI”) from AT&T to geolocate Hammond’s cell phone using real-time pings to nearby cell towers about every fifteen minutes,” the institute reported. “The detective also obtained historical CSLI records indicating where Hammond had been over the course of three weeks.”

Then late one night, detectives found his car using a cell phone ping and started following him. They stopped him for speeding and arrested him, and he later was indicted on various charges and sentenced to 47 years in prison.

A district court denied Hammond’s motion to suppress the evidence against him, and the Seventh Circuit Court of Appeals agreed.

At issue, his lawyers warned, was the authorization for police to use “real-time cell phone pinging” that “allows the state to surreptitiously track the movements of any individual with a cell phone (essentially all Americans) with a voyeuristic level of precision, and without ever leaving the precinct.”

WND reported when the institute joined the case that it warned, “Americans are being swept up into a massive digital data dragnet that does not distinguish between those who are innocent of wrongdoing, suspects, or criminals. ”

It warned technological advancements in cell phone providers’ ability to obtain data on their users’ whereabouts, especially as a result of cell site proliferation due to 5G networks, means that law enforcement can use “triangulation methods” to identify a person’s location, very specifically.