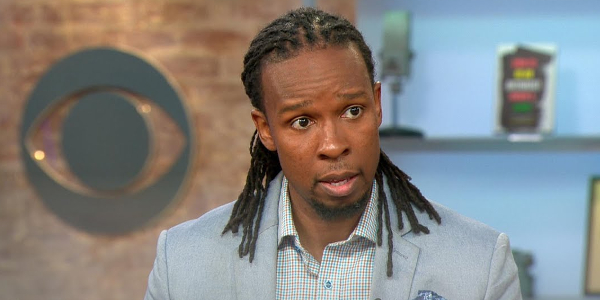 One of the leading proponents of the concept of “antiracism,” Ibram X. Kendi, compared defenders of Second Amendment rights to advocates of slavery in an interview Sunday with “Face the Nation.”

CBS News host Margaret Brennan, commemorating Juneteeth, asked Kendi how he would explain the holiday to his 6-year-old daughter.

“I’m actually going to teach her that … throughout this nation’s history, there’s been two perspectives on freedom, really two fights for freedom. Enslaved people were fighting for freedom from slavery, and enslavers were fighting for the freedom to enslave,” he began.

Juneteenth, which was made a federal holiday one year ago, has been observed in various parts of the country on June 19 to mark the day in 1865 when Texas residents finally learned that slavery had been abolished.

Brennan, insisting Kendi does not teach Critical Race Theory, asked him to explain antiracism. But Kendi intimated that

“Well, the difference is Critical Race Theory is an antiracist sort of theory, but I’m thinking about something, you know, I’m really trying to get the American people to really understand that there’s inequality,” he replied.

Kendi’s concept of antiracism focuses on equity – forcing equal outcomes for everyone – rather that equality of opportunity. In his book “How to be an Antiracist,” he describes an “antiracist policy” as “any measure that produces or sustains racial equity between racial groups.”

In the CBS interview Sunday, Kendi said “we can teach children that there’s bad rules in society, there are things that are not fair in society.”

“And that’s why, let’s say black people have less, it’s not because they are less.”

The founders of Critical Race Theory, inspired by the thinking of Italian neo-Marxist Antonio Gramsci, identified largely with the radical black power movements of the 1960s, opposing Martin Luther King Jr.’s goal of a colorblind society.

Brennan observed that Kendi basically was arguing that “being colorblind is not a virtue.”

“For so long people were taught, be blind to color. You’re saying, acknowledging this is important, because if you ignore it, it allows racism to survive, does that right?”

Kendi replied with the claim that even 3-year-olds can be “racist.”

“I mean, studies show that as early as 3 years old, our kids have an adult-like concept of race, they’re not only seeing color, but they’re attaching it to qualities like smartness, like honesty,” he said.

In a tweet one year ago, Kendi spotlighted a quote from a column by Carol Anderson, professor of African American studies at Emory University, contending America’s Founders crafted the Second Amendment to subdue blacks.

Anderson wrote in The Guardian: “The ‘plague of gun violence’ and the inability to mount an effective response is rooted in the other pandemic gripping the United States: anti-Blackness and the sense that African Americans are a dangerous threat.”

The professor said the Second Amendment “has been portrayed with a founding fathers aura swaddled in the stars and stripes,” but it really was about “controlling the enslaved Black population.”

“Access to guns for white people was essential for this function,” wrote Anderson, the author of “White Rage and The Second: Race and Guns in a Fatally Unequal America.”