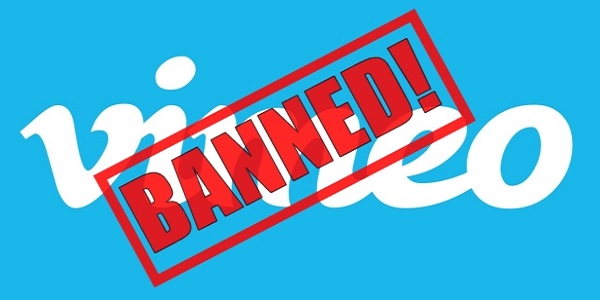 Section 230 of America’s Communications Decency Act, from the 1990s, is under a new threat.

That section is controversial because, while it protects tech companies that are “platforms” from being liable from what others post, it has been stretched in recent years so that those companies now claim immunity even though they essential act as publishers and control what appears.

In recent weeks, the companies even have been shown to be working directly with Washington, and following its instructions on what to censor, essentially becoming an extension of the government.

Now the issue of that immunity has been opened up wide, with a decision by the 2nd U.S. Circuit Court of Appeals to throw out a panel decision upholding a lower court decision that affirmed those protections.

It came in a case by Church United and Pastor Jim Domen. They sued Vimeo, a video platform, in January 2019 after the company censored content by terminating the church’s account.

The video platform unleashed charges that Church United was violating its terms of service by featuring “five videos of men and women who left the LGBT lifestyle to pursue their Christian faith,” according to a legal team representing the plaintiffs.

Robert Tyler, of Advocates for Faith and Freedom, explained, “This ruling places Section 230 immunity in the crosshairs of judicial review. We suspect that the en banc court recognizes that Big Tech is not exempt from state and federal civil rights laws. Section 230 was not intended to give Big Tech the right to exclude persons from their platform just because the customer is black, Muslim, white, Christian, homosexual or formerly homosexual. That is plain invidious discrimination.”

In the case, Vimeo claims its terms of service ban content promoting sexual orientation change therapy, which would be a discrimination based on a viewpoint.

Domen said, “I never thought I’d see the day that it would be legal in America to discriminate against my faith and the fact that I was previously engaged in the gay lifestyle. As a pastor and former homosexual, I’m encouraged by the rehearing of our sexual orientation and religious discrimination lawsuit.”

The order from the full court didn’t explain, other that to convene an en banc panel of judges to reconsider what a three-judge panel said earlier.

“The petition for rehearing is granted,” the order read. “The panel hereby vacates its previous opinion. Accordingly, the decision of the district court remains in place until further notice from the panel.”

Legal experts said it is rare for this appeals court to grant a rehearing.

A new court date has yet to be announced but the en banc panel will re-examine whether Section 230 of the federal Communications Decency Act “immunizes Vimeo” as the district court ruled.

Tyler previously had explained, “This case is significant because this district court and a few other lower courts have interpreted the federal Communications Decency Act to give immunity to Big Tech whenever such a company commits unconscionable discrimination in their online filtering decisions against protected classes of individuals – for example, classifications based on race, religion, color creed or sexual orientation.

“The effect of the court’s interpretation of the CDA is that a company like Vimeo, YouTube or even Amazon could decide that it will not allow someone to hold an account with their site just because they are of a particular race or religion,” he said. “This invidious discrimination is normally unlawful for businesses operating in California; but according to this court, the CDA exempts Big Tech from states’ nondiscrimination laws when filtering content or deciding who is allowed to access the service they offer. This should concern everyone from left to right.”

Domen identifies as a former homosexual who is now married with three children. His lawsuit claims Vimeo disapproves of his sexual orientation and religion. So the Southern California pastor is appealing the judge’s decision to dismiss the case.

It was late in 2018 when Vimeo canceled Church United’s account. The company claimed there were “videos that harass, incite hatred, or include discriminatory or defamatory speech.”

It’s because a few of the videos feature individuals who identify as former homosexuals, and they speak of the help they got from counseling.

“There are many individuals like me who were once engaged in a same-sex lifestyle that are now ostracized for our personal intimate decisions regarding our sexual orientation. As a pastor, I just want the ability to share the good things that have happened in my life as a Christian and to help unify pastors in California to engage in the world around them,” Domen said in a statement released by his legal team.