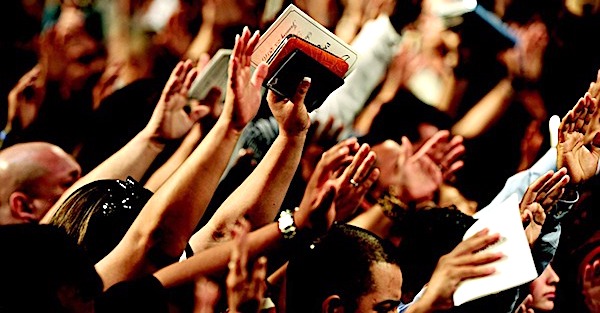 A ruling from the 9th U.S. Circuit Court of Appeals has trashed a ban by the city of Salinas, California, on having a Christian church in its “fun” part of town.

The city had prevented a church from occupying buildings in a three-block area of its downtown, because it determined a religious assembly doesn’t contribute to a “vibrant” and “fun” pedestrian experience.

However, that lasted only until the California-based appeals court got the dispute, as the judges there ruled against the city.

Officials with Pacific Justice, who had worked on the case for New Harvest Christian Fellowship, explained the church had rented space along Main Street for more than 25 years.

Growth in the church, however, persuaded its leaders to buy a downtown Salinas building, the Beverly building.

They asked for permission from the city for an amendment to the zoning that would allow its occupancy, and the city refused.

But the appeals court noted the arguments that there already were two cinemas, a children’s theater, and a multi-use facility used for music performances, weddings and other events, in the downtown.

The lawsuit was filed under the Religious Land Use and Institutionalized Persons Act in 2019, and was appealed to the 9th Circuit where PJI argued for the church.

“This church did not seek special consideration, but simply asked for equal treatment,” stated Kevin Snider of the institute. “Too often the faithful are unfairly pushed out of prime zones by city officials and find themselves on the outside looking in.”

Pastor Ignacio Torres of New Harvest explained, “Someone once said, ‘Faith is spelled R-I-S-K.’ When God spoke to me to buy the Beverly building, many individuals didn’t understand the reasoning behind New Harvest buying a building it couldn’t use.”

At the lower, and now overturned, court, it was U.S. Magistrate Judge Susan Van Keulen who had agreed with the city that “churches generate limited interest, do not draw tourists, and therefore detract from the city’s goals of vibrancy,” PJI said.