Ashli Babbitt's widower to shooter: 'Suck it up' 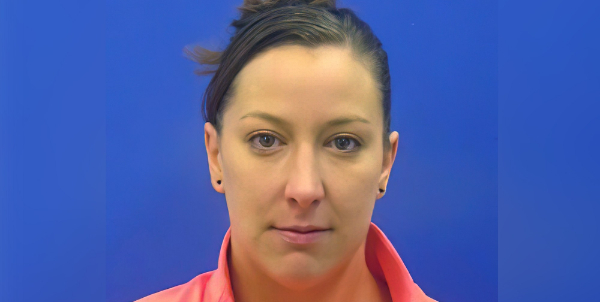 The widower of American veteran Ashli Babbitt, who was killed by a single gunshot from a police officer during the Jan. 6 vandalism at the U.S. Capital, told a broadcast audience he has little tolerance for complaints from the police officer that he’s gotten death threats since killing Babbitt.

“Suck it up,” Aaron Babbitt said to Capitol Police officer Michael Byrd, who also gave his first interview since the killing this week.

“I don’t even want to hear him talk about how he’s getting death threats and he’s scared,” Aaron Babbitt said during an interview on Fox News’s Tucker Carlson, according to a report in the Washington Examiner.

Aaron Babbitt cited his own experience since Byrd shot his wife, a 35-year-old Air Force veteran, who was killed when she became part of a crowd that broke windows and doors at the Capital to enter that day.

It happened when Congress was scheduled to – and did – adopt the electoral results that turned over the White House to Joe Biden. Those results raised enough questions that there were lawsuits in dozens of states, and there continue to be audits, or plans for them, in several states.

What is not in question, however, is that local and state officials during the 2020 count violated the U.S. Constitution by arbitrarily ignoring or changing state laws regarding elections. The Constitution allows only state lawmakers to do that.

Further, that there were outside influences on those counts is without doubt, as leftist Mark Zuckerberg of Facebook wealth turned over some $350 million to mostly leftist election officials to help them “run” their operations.

Aaron Babbitt explained he’s been getting death threats, too.

Byrd just hours earlier was interviewed about the woman’s death by Lester Holt on NBC.

He said he was “doing my job” and said it was “disheartening” to hear “very vicious and cruel” threats.

Former President Donald Trump and some Republican lawmakers have described Byrd’s shooting of Ashli Babbitt as no more or less than murder.

But the police department for which he works cleared him, and the Department of Justice said it wouldn’t charge him with anything.

Terry Roberts is a lawyer representing Babbitt’s family and reportedly is assembling a wrongful death lawsuit against the police department that could seek millions in damages.

Byrd told Holt that he considered it his job to protect public officials, and would have killed someone in defense of President Trump, too.

“If he was in the room or anywhere, and I’m responsible for him, I was prepared to do the same thing for him and his family,” Byrd said.

Earlier, NPR, while characterizing the events as an “insurrection” even though none of the hundreds arrested has been accused of insurrection, or even conspiracy, reported the police department’s statement claiming the officer acted within department policy.

“After interviewing multiple witnesses and reviewing all the available evidence, including video and radio calls, the United States Capitol Police has completed the internal investigation into the fatal shooting of Ms. Ashli Babbitt, which occurred in the Speaker’s Lobby on January 6,” the agency said.

“USCP’s Office of Professional Responsibility (OPR) determined the officer’s conduct was lawful and within Department policy, which says an officer may use deadly force only when the officer reasonably believes that action is in the defense of human life, including the officer’s own life, or in the defense of any person in immediate danger of serious physical injury.”

Byrd’s controversies have not been limited to the shooting. In February, Roll Call reported Byrd left his service weapon in a bathroom in the Capitol Visitor Center complex where it was discovered later by another Capitol Police officer.

A source said Byrd addressed the incident at the officer roll call and said he will be “treated differently” because of his rank as a lieutenant. Roll Call said it was not clear what exactly the lieutenant meant by the comment.