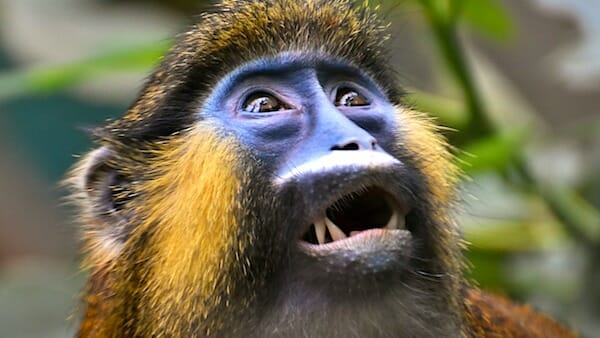 There’s turmoil now for a federally funded program that “created transgender monkeys” following its exposure by the Washington Free Beacon, that publication now is reporting.

Among other issues now confronting the program, there is concern about publishing the results because the lead researcher in the study that “injected male monkeys with female hormones” was concerned his, or her, name would appear on the final report.

The Beacon’s newest report explains that concern was expressed in internal communications it obtained through a Freedom of Information Act process.

“Mauricio Martins, who heads the study for Scripps Research, informed the National Institutes of Health of the development in a Jan. 19 email, complaining that his monkey-based research to determine why transgender women have high rates of HIV was ‘being twisted and berated by people who are not qualified to judge its merit,’” the Free Beacon said.

Jeff Cummins, of the NIH, responded with the criticism that the Free Beacon’s original report wasn’t correct.

“Unfortunately, these are the times in which we live,” Cummins claimed. “I am amazed by the misinformation that is so quickly spread on social media.”

The publication originally had reported that Anthony Fauci’s division of the NIH spent $200,000 at a time the nation was fighting the COVID pandemic to study the transgender monkey controversy.

“The National Institute of Allergy and Infectious Diseases (NIAID) in December 2021 gave Scripps Research $205,562 for the study,” the report explained. “As part of the study, researchers subject male monkeys to feminizing hormone therapy to study how it impacts the monkeys’ immune systems, according to the National Institutes of Health.”

The Free Beacon pointed out, “Fauci has overseen rampant animal testing since he took over the NIAID in 1984. It was revealed in November that the NIAID funded a study that infected beagles with heart-worm larvae and euthanized them after experimentations. As part of another study, researchers infected beagles with mutated bacteria from ticks.”

The new report explained the emails concern just part of the public’s response to the Biden administration’s “radical spending initiatives.”

“After the Free Beacon exposed in February that the Biden administration was funding the distribution of crack pipes to promote racial equity, for example, the New York Times reported that the ‘uproar’ over the program ‘derailed’ the administration’s entire drug policy,” the publication explained.

The Free Beacon said it was unable to get a response from Cummins in which he could explain his claim of “misinformation.”

And an official with Scripps Biomedical Research said the researcher’s worries were about “the negative impact of prior media coverage and subsequent politicization of the research.”

The study also has faced condemnation from animal rights organizations, government spending watchdogs and others.

It was Kathy Guillermo, a PETA vice president, who said then, “It’s an experiment that an eighth-grade science student could figure out is totally meaningless.”

Cummings, meanwhile, has described the monkey work as “incredibly important” to address a “critical knowledge gap in gender-affirming hormone therapy.”