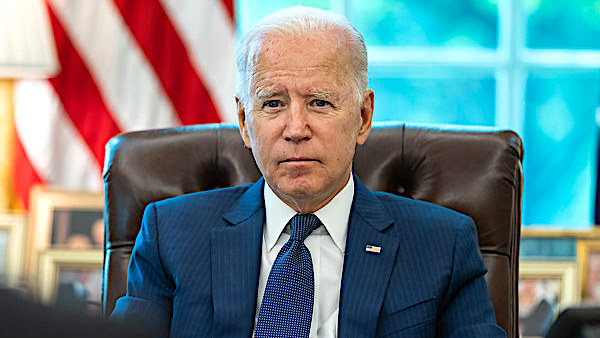 Amid untenable denials by the White House, there are signs that a grand jury in Delaware investigating Hunter Biden’s business ventures are pursuing angles that lead to the president, reports the New York Post’s Miranda Devine, who led the paper’s blockbuster reporting of the Biden family operation prior to the 2020 election.

Last week, White House chief of staff Ron Klain said President Biden is confident his son did nothing wrong, and press secretary Jen Psaki told reporters the president won’t budge from his claim that his son didn’t take any money from China and that he knew nothing about the business dealings.

But Devine points out that “the publicly available evidence says otherwise.”

“Alarm bells are starting to ring in Democratic circles as the White House stonewalls in the face of increasing media inquiries,” she writes.

Meanwhile, the top Republican on the House Judiciary Committee, Rep. Jim Jordan of Ohio, said in an interview Sunday he thinks “something is up,” and it “sure seems” the grand jury is preparing to indict the president’s son.

Devine writes that along with the emails and other material on Hunter’s abandoned laptop pointing to Joe Biden’s involvement in the scheme – including the mingling of finances and shared bank accounts, and his meetings with Hunter’s business partners while he was vice president – is the six-hour interview Hunter Biden’s former business partner Tony Bobulinski gave to the FBI last year, along with documents, emails and encrypted messages.

Devine notes that Bobulinski has named Joe Biden as the “Big Guy,” who, according to an email, was to get 10% equity in a joint venture with the Chinese energy company CEFC. The company is an arm of Communist Party Chairman Xi Jinping’s chief global domination venture, the “Belt and Road Initiative.”

One of the witnesses before the Delaware grand jury, Devine points out, has been asked: Who is the Big Guy?”

Then there are the Treasury Department documents collected by Republican Sens. Ron Johnson of Wisconsin and Chuck Grassley of Iowa along with bank statements on Hunter’s laptop showing millions of dollars paid by CEFC to Hunter and his business partners.

Devine points to longtime Democratic political consultant Doug Schoen’s article in The Hill over the weekend expressing his party’s concerns.

If Joe Biden is found to have profited from the business deals or used his position as vice president to benefit his family, Schoen wrote, “what is now likely a red wave election could turn into a massive blowout that is more substantial than anything seen in recent history.”

In Jordan’s interview with the Fox News Channel’s “Sunday Morning Futures With Maria Bartiromo,” he noted how the story has “evolved” in recent weeks.

“And now, finally, it is, ‘Well, Joe had something to do with it, but he really didn’t do anything wrong.’ In fact, that’s what his chief of staff, Ron Klain, told us last Sunday on the Sunday shows,” he added. “So, my, how this story has changed. And now, we find out these text messages and emails that link the entire family, not just Hunter and Joe and – but also uncle, the – Joe’s brother, James Biden, is involved in this as well.”