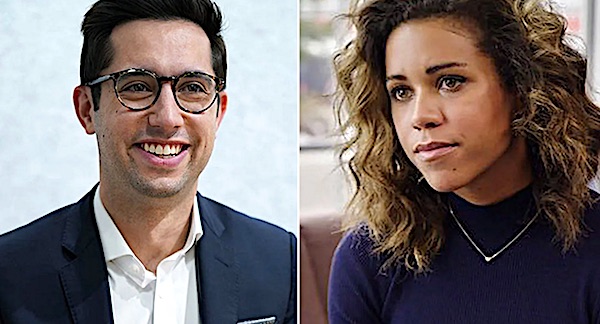 The Joe Biden administration in the White House this week had to deal with a threat of violence coming from within its own ranks – and now is facing headwinds of criticism for failing to act as the president promised.

The developments are that press officer TJ Ducklo stands accused of threatening to “destroy” reporter Jennifer Palmieri from Politico, and to “ruin her reputation” because she reported on Ducklo’s relationship with an Axios reporter.

But the bigger issue is that the Biden administration announced that Ducklo was only being suspended without pay for a week for creating the controversy, and the president is failing to follow his own promise to fire people with such attitudes.

At the Gateway Pundit was an explanation of the situation:

It apparently began on Inauguration Day when Palmeri, whose assignments include Politico’s Playbook, contacted the Axios reporter for comment on the relationship she had with Ducklo, while she was covering the Biden administration.

Ducklo also got a request for comment, and fired back, trying to “intimidate Palmeri” in an “effort to kill the story.”

Sources reported Ducklo told her, “I will destroy you.” He added that he would ruin her reputation if she published the story.

Vanity Fair reported that Ducklo charged that Palmeri was “jealous” because an unidentified man in the past had “wanted to f***” the Axios reporter but not Palmeri.

It all appeared to fall under Biden’s warning just a short time earlier that, “If you’re ever working with me and I hear you treat another colleague with disrespect, talk down to someone, I promise I will fire you on the spot.”

Biden swears in his political appointees and issues a warning:

“If you’re ever working with me and I hear you treat another colleague with disrespect, talk down to someone, I promise I will fire you on the spot.” pic.twitter.com/6ydnUXQf0d

The report, however, pointed out, “Biden did not fire his Deputy Press Secretary TJ Ducklo after it was revealed he used vulgar and misogynist language toward the reporter for pursuing a story he wanted kept secret. … Instead of firing Ducklo like Joe Biden promised, the deputy press secretary was placed on a one-week suspension without pay. How progressive!”

Vanity Fair reported that Ducklo issued an apology to Palmeri, and that White House officials also turned on Palmeri, accusing her of breaking an off-the-record agreement with Ducklo.

With the approval of the White House Chief of Staff, he has been placed on a one-week suspension without pay. In addition, when he returns, he will no longer be assigned to work with any reporters at Politico.

White House officials confirmed in addition to the suspension, Ducklo would not be allowed to work with Politico reporters in the future.

Biden’s failure to keep his word was getting more attention than the story about the relationship, or Ducklo’s aggressive response.

And we have a new definition of slap on the wrist.

If what he said was reported accurately — and it is a secondary but interesting question about how an OTR convo got reported and when OTR can be breached — Ducklo should have been fired. What he said was repellent and sexist. https://t.co/5zpEx9xYoq

Well it’s a good thing his boss did not boldly declare three weeks ago that anyone in the administration who disrespects or talks down to others would be fired on the spot https://t.co/TdDuCD7Yik

So Ducklo is banned from working with any reporters at Politico, because of his misogynistic insults aimed at a Politico reporter, but he can still work with reporters at Axios, where his girlfriend is employed as a reporter covering the VP. https://t.co/2rFf9j5Tbk

This story also sheds light on an interesting aside in the Jan 21 edition of Playbook https://t.co/LcSwfc1A4P pic.twitter.com/cwG4w9tGyj

Axios had announced that reporter Alexi McCammond was being taken off the White House beat and assigned to cover Kamala Harris in the vice president’s office. But Fox reported, Axios “eventually said she had taken a ‘backseat’ on coverage, suggesting she would still play a role despite her conflict of interest.”