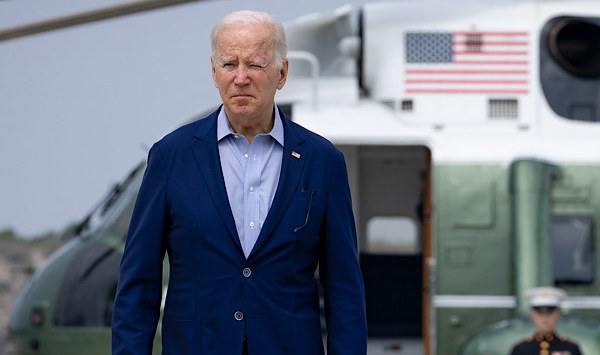 Joe Biden created the current illegal alien crisis at the nation’s southern border the day he took office by trashing an entire set of security plans and procedures that had been installed by President Donald Trump, and were making inroads into the invasion.

Since then Biden has been making progress with the problem.

But not in securing the border – in making it easier for the invasion to expand.

That’s the charge from Todd Bensman, a senior national security fellow for the Center for Immigration Studies and a writing fellow for the Middle East Forum, in a column at The Federalist.

Bensman explains that after “months” of Biden’s “shuttle diplomacy, “multi-national U.S.-bound immigrants from more than 150 countries are now finding international routes to the southern border faster, easier, and less obstructed than ever before.”

He pointed out Panama has shortened the “notorious Darien Gap route from South America, and Mexico has changed a policy of using national guard to block roads.” Instead those officials are giving out fast-pass visas for travel straight to the U.S. border.

“Taken altogether, the new relative ease, safety, and swiftness of global journeys to the U.S. southern border should induce even greater numbers of foreign nationals to try the journey, especially those border-crossing nationalities the administration is currently allowing to remain,” Bensman explained. “The number of foreign nationals not from Mexico or Central America is at the highest level in American history, amid illegal migration already at record-breaking levels overall.”

But he warned the many hundreds of thousands Biden is letting stay in the U.S. are “posing heightened national security, public safety, and health risks.”

Bensman explained, “The Biden government has not taken specific credit for these two consequential changes. But the enticing changes do come after months of American diplomacy with Panama and Mexico and fall in line with the administration’s overarching policy idea for border management that illegal immigration not be stopped so much as rendered ‘safe, humane, and orderly.’”

It was Panama that abruptly created a new “sea route” for those who previously would have gone through a “lawless 60-mile jungle wilderness” en route to the U.S.

“Usually no more than 10,000 mostly single, young, adult male immigrants a year undertook the seven- to 10-day trek to Panama over mountains and across flash-flood-prone rivers. Yet more than 130,000 crossed in the first year after Biden won office to take advantage of exemptions the new president allowed in Title 42 for families with young children, unaccompanied minors, and pregnant women,” Bensman reported.

Then there are Mexico’s changes.

It used to be that Mexico would slow down illegals heading toward the U.S., with road blocks, paperwork requirements and more.

“But following recent months of American diplomatic activity, Mexico apparently now feels free to issue — as fast as it can — transit visas and 30-day ‘Multiple Migratory Form’ visas to all immigrants entering its territory from Guatemala. They promptly use these to travel straight to the American border for illegal crossings…,” the report said.

Bensman explained, “With the American southern border in historic collapse amid record-smashing human flows from foreign nationals already, the Biden administration’s role in opening the superhighway qualifies as befuddling but not particularly surprising.”