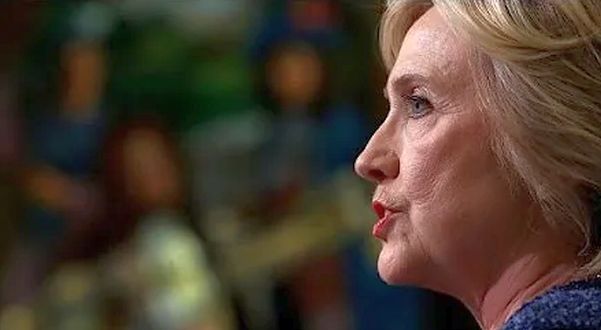 Hillary Clinton, back in 2016 during her second failed campaign for president, lashed out angrily at conservatives and those with traditional values in America.

At an event in New York to collect cash for Democrats in the campaign, she said, “You know, to just be grossly generalistic, you could put half of Trump’s supporters into what I call the basket of deplorables. Right? The racist, sexist, homophobic, xenophobic, Islamaphobic – you name it.”

The insult to tens of millions of Americans didn’t go well for her.

Now Joe Biden, campaign for Democrat money for the 2022 midterms, has gone down the same road.

A published report confirmed he’s called those who are supporting Trump’s agenda to focus on America first, develop its own energy sources, protect its borders, provide religious freedom and more, “semi-fascists.”

It was behind the closed doors of a Democrat fundraiser. “What we’re seeing now is either the beginning or the death knell of extreme MAGA philosophy,” Biden claimed, citing Trump’s campaign theme of “Make America Great Again.”

“It’s not just Trump, it’s the entire philosophy that underpins the — I’m going to say something, it’s like semi-fascism.”

“Biden forced Americans out of their jobs, transferred money from working families to Harvard lawyers, and sent our country into a recession while families can’t afford gas and groceries. Democrats don’t care about suffering Americans – they never did,” he said.

Later in another campaign event, Biden bragged, the report said, about “key actions on the climate crisis, gun control, jobs and the COVID pandemic,

In fact, he’s created a crisis on the southern border with millions of illegal aliens breaching the border, led American into nearly double-digit inflation and $5 a gallon gasoline, open warfare between the political parties, and more.

He’s also repeatedly raised concerns about his own abilities to perform, with stumbling misstatements, forgotten names, instances where he identifies people wrongly, and there have been open calls for him to take a cognitive test and release the results.

“I respect conservative Republicans. I don’t respect these MAGA Republicans,” he said. “There are not many real Republicans anymore. The MAGA Republicans don’t just threaten our personal rights and economic security. They’re a threat to our very democracy. They refuse to accept the will of the people. They embrace political violence. They don’t believe in democracy.”

These comments come after Democrats, over the objections of Republicans, tried to take over all elections nationally, have spent trillions of dollars that will be borrowed, have been implicated in various nefarious election schemes for their work on the 2020 ballot, and have run roughshod over religious rights in their agenda to impose abortion mandates everywhere.

The Daily Mail noted an official with the Republican National Committee “hammered” Biden for “returning from his two-state, three-home vacation … only to turn around and headline a fundraiser in the ritzy D.C. suburbs.”

“In typical Biden fashion, instead of fixing the multiple crises he created, he comes back from weeks of vacation only to hobnob with liberal elites inside the beltway,” said RNC spokeswoman Emma Vaughn. “If only Biden was as focused on serving hardworking Americans and families as he was on planning his vacations.”

Biden, whose party members routinely have fought certification of Republican presidential race victories, claimed the GOP members, “refuse to accept the will of the people, they embrace political violence, they don’t believe in democracy. That’s why in this moment, those of you who love this country, we must be stronger, more determined and more committed to saving America than the MAGA Republicans are destroying America.’”

He cited the recent “Inflation Reduction Act,” adopted only by Democrats, which analysts have confirmed will do almost nothing to address inflation. He said Republicans should have supported the Democrats’ massive spending agenda, to hand out hundreds of billions of dollars for political green ideologies.