Biden told Afghan president to project good image, 'whether it is true or not' 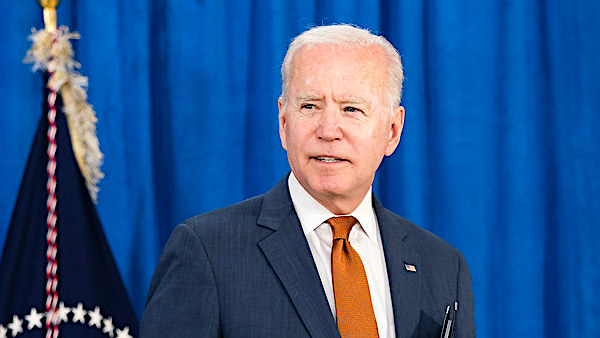 President Biden, just weeks before the Afghanistan government fell to the terrorists in the Taliban, had told the then-president of the country he was worried about the image being projected about the fight.

And Biden told President Ashraf Ghani, who shortly after fled the country, to project the image that things were good in its fight against the Taliban, “whether it is true or not.”

It is Reuters that reviewed a transcript and a recording of the conversation between Biden and Ghani. Those were obtained from an unidentified source who was not authorized to release the details.

In the telephone call late in July, Biden lamented the “perception” problem about Afghanistan, where he had announced the American military would withdraw, and the Taliban terrorists were advancing, taking control of regional cities one after another.

“I need not tell you the perception around the world and in parts of Afghanistan, I believe, is that things are not going well in terms of the fight against the Taliban,” Biden charged. “And there is a need, whether it is true or not, there is a need to project a different picture.”

The revelation triggered headlines such as the one at Populist.Press which stated, “Bombshell: Biden knew, phone call leaked! Impeach him now.”

Reuters explained the advocacy to mislead came in the last call between Biden and Ghani before the Taliban took control.

That was on July 23. On August 15, Ghani fled the country and relinquished the nation to the Taliban.

Since then, tens of thousands of people, including Americans, have tried to flee, and a terror attack killed 13 U.S. troops.

Biden ended the evacuation efforts this week, leaving U.S. military officials to confess that they had, in fact, abandoned American citizens there.

The Reuters report explained, “In the call, Biden offered aid if Ghani could publicly project he had a plan to control the spiraling situation in Afghanistan. ‘We will continue to provide close air support, if we know what the plan is,’ Biden said. Days before the call, the U.S. carried out air strikes to support Afghan security forces, a move the Taliban said was in violation of the Doha peace agreement.”

Biden also advised Ghani to get support from powerful Afghan leaders, and put a “warrior” in charge of the effort.

Biden advised Ghani to have prominent figures join in a press conference, “change perception, and that will change an awful lot I think.”

The report said neither leader indicated during the conversation any concern about the looming governmental collapse and terrorist takeover.

Ghani said in the phone call his country was facing a “full-scale invasion, composed of Taliban, full Pakistani planning and logistical support,” and more, a charge denied by Pakistan.

At the time of the call, the U.S. withdrawal already was underway and Afghanistan was shifting its military strategy to focus on protecting population centers.

The report said a subsequent telephone call between Jake Sullivan, Biden’s national security adviser, and Ghani also included references to “the perception in the United States, in Europe and the media sort of thing is a narrative of Taliban momentum, and a narrative of Taliban victory. And we need to collectively demonstrate and try to turn that perception, that narrative around.”